When is Meteor Watch Day in 2022? That is the question, which is not among the most popular ones. Unfortunately, most people haven’t even heard about its establishment and existence. As a rule, in the contemporary world it is appreciated only by serious specialist astronomers or by romantic men and women, who believe that the shooting star is able to fulfill their wishes.  But let’s discover this special occasion in details.

From the scientific point of view it is quite easy to answer the question “What is the date of Meteor Watch Day 2022?” It will happen on June 30. But this date was chosen not occasionally.

On this day in 1908 at about 7 am local time over the vast territory of the Russian inhabited now Central Siberia in the interfluve of the Tunguska River and the Lena River flew a giant bolide. The flight was accompanied by sound and bright light effects and ended with a loud explosion, the terrible power of which is estimated at 40-50 megatons, which in the more common sense corresponds to the energy of the most powerful and dangerous hydrogen bomb. 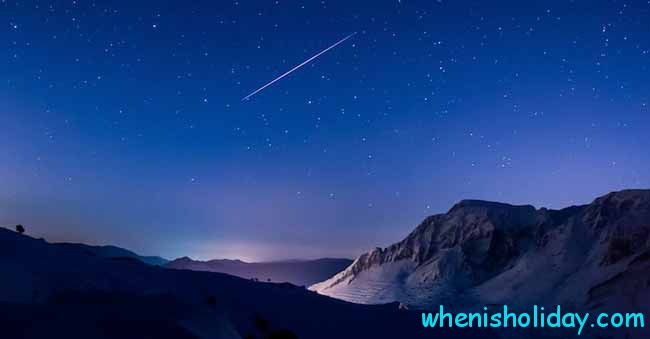 A blast wave within a radius of about 40 kilometers destroyed the local forest, killed the animals and injured the people.

Due to a powerful light flash and a stream of rather hot gases, broke out a forest fire, which caused the devastation of the area.

On a vast territory, starting from the Russian Yenisei River and ending with the European Atlantic coast, for several nights it was possible to see completely unusual light phenomena, which became known as “bright nights of 1908 summer”.

Scientists have put forward many hypotheses of the terrible explosion. Now there are about 100 of them. Some of them believe that a giant meteorite fell to Earth. Beginning from 1927, its tracks were searched in the area of the explosion by the first Soviet scientific expeditions. However, on the place there was no the usual huge meteor crater.

What does Meteor Watch Day mean? Frankly speaking, it is difficult to tell about this in brief. The main idea of this special occasion is to draw the people’s attention to something usual but at the same time inaccessible. As a rule, people are interested in other worlds arranged somewhere in the Universe, but they don’t have any time for studying and discovering something. Don’t you believe us?

For example, do you know that the meteors or shooting stars are of very small size actually? All in all, the meteoroid dimension can vary from the size of fist to the size of an ordinary pebble. It is difficult to believe but thousands of these celestial bodies enter our planet atmosphere every day. But don’t worry: only a few of them are able to reach the Earth surface. By the way, when they do it, they are called in another way as “meteorites.”

It is of common knowledge that meteors can sometimes fall onto the Earth in so called clusters. In the case it happens, the event has quite a different name. It is known as a meteor shower, which, by the way, occurs annually at the same time.

Many people have already heard the beautiful legend about the meteors or shooting stars, which are able to make the dreams true. You may believe in it or not. Frankly speaking, it is up to you to decide. But for those, who do, we are glad to tell that this fairy tale comes from the Ancient Greece.

In around 127-151 AD there lived a talented astronomer, whose name was Ptolemy. According to his point of view, the curious Gods adored to peer down at our world, arranging between spheres. When they were doing this, a small hole appeared and the stars slipped through it from time to time. The Ptolemy followers believed that as a result of the situation mentioned above they were able to watch the meteors.

People were sure that the moment the Gods were watching at the Earth, they were able to fulfill any dreams.

So, having known what day Meteor Watch Day in 2022 is, let’s try to discover whether this beautiful legend is true or not. Of course, we are the contemporary people of the 21st century, and most of us are rather pragmatic. But why not to try our chance for a difference? What if the legend is really true?

If you know the answer to the question “When is Meteor Watch Day 2022?” it is high time to know how to celebrate this event properly.

We have two pieces of news for you. The first is that, unfortunately, there are no any special traditions for its celebration. But the second one is much more pleasant, as you can create something really special for yourself, your family members, friends and colleagues at work.

All in all, the only thing you need in order to celebrate this special occasion in a good way is clear skies. Oh, and some time for gazing the stars, of course. Find out when the next meteor shower is and watch it together with children. And don’t forget to think about your cherished dream. Perhaps the shooting will fulfill it.

If you are going to get new emotions, try to plan your night in advance and do it carefully. First of all gather together the people you are going to celebrate with. Take a large blanket to cover the land. After that it is recommended to find a place, located far from any city or town lights. Mind that the night should be cloudless. Otherwise, you will spend your time in an interesting way, but unfortunately, see nothing.

In the case the weather is not suitable for gazing the sky, you can organize an excursion to the local planetarium. As a rule, they have a lot of interesting lectures, talking not only about celestial bodies, but also about the peculiar features of our Solar System. 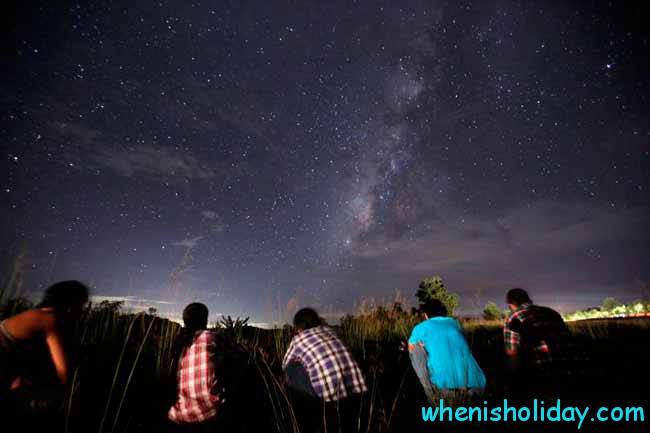 If you have the opportunity, try to visit the observatory. The local specialists are always glad to share their pieces of knowledge. There you will also get a chance to use the contemporary telescopes, which will be rather interesting both for children and for adults.

When is Meteor Watch Day in 2022, calendar will help you not to forget. But what should we know about before June 30? Here is the list of the most common pieces of information about these interesting objects.

We have chosen three the most unexpected and interesting facts about meteor.

Daily the Earth is visited by 4 billion meteoroids, represented by the celestial objects, which are much smaller in size than the asteroid, but larger than interplanetary dust. That is why we can come to the conclusion that most of the objects that fall on Earth are usually too small to cause any harm. For the whole history of the observation scientists have counted about 25 thousands of fallen meteorites. 34 of them have been of Martian origin.

Meteors, unlike meteorites, do not reach the Earth and burn in its atmosphere. All in all when a meteoroid enters the atmosphere, it becomes a meteor. In fact everything that does not burn and falls not to the Earth is called a meteorite. Meteors are called “falling stars”, which can be seen every night from anywhere in the world. Of course, if the weather permits.

While ancient scientists’re looking at the sky, the smiths looked under their feet and used everything they could find for their craft. They were used as anvils. At the same time, we can’t but mention that meteorites often carry particles of the most ancient rocks and contain minerals that were formed before the emergence of the solar system. 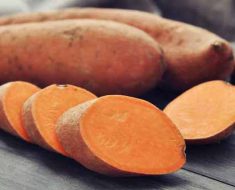