Have you ever thought about the role the colors play in our life? Just imagine the daily routine without the usual blue sky, yellow sun, your gray trousers/skirt. Quite dull, isn’t it?

It is a big luck that we see this world in color, actually. Without those tints, the life would be boring and sad. Do you know that a human becomes able to distinguish the colors much later than in the early childhood? The world opens to the child in the certain sequence. First, they see the red tone, then the orange, yellow, green, violet, and blue. Perhaps, that could be explained by the different length of the wave that each of the colors has in the solar spectrum.

The holiday we’re talking about today – the Color Day – has been known for a while but the certain figures and dates are not known. Nevertheless, it is popular in the United States of America and Canada.

What does National Color Day mean? It means appreciating this little thing of being able to see the planet differently!

The life of every person is under the influence of the colors. We have the certain colorful associations or the sensations that appear when we look at the colors. Perception of the color by human depends not only on the purity,saturation, and brightness of the tint but also on the individual characteristics of perception that are caused by the physiological and psychological condition of the person.

Because of the differences in the temperaments, health, age, national traditions, and gender, the different people give the different assessments to the same colors. The colorful preferences can tell a lot about the psychology of the human, their health, character, and habits. This feature is a very popular tool in the psychodiagnosis. The tone sensing of the people is individual but the experts distinguish the common associations that the majority of us have when we see the certain tint. Basing on that, we can define what the colors mean for us.

The color effect is not limited to the organs of vision only. It has an effect on the other organs of sensation such as the taste, hearing, touch, and smell. The colors could cause the pleasant memories of the happy minutes of one’s life. It also works in the other way round and can make us think of the sad and painful moments of the unrequited love. These feelings connected with the colors are called the color associations. The formation and fixing of these associations are equal to the process of the forming of the conditioned reflexes.

When is International Color Day 2022? It annually falls on the autumn month.

The way we see the colors depends on the colors themselves.For example, there are tints that we instinctively avoid as they annoy us, cause the discomfort and anxiety. The other ones gladden our eyes. We prefer using them in the clothing, decoration, and interior. The psychologists and psychotherapists define the character of the people and their talents relying on the preferences in colors. These preferences are formed under the influence of the national connections.

Some experts think that they are born with us and have the close link with the planetary influences in the process of the individual’s growth. The children love the bright and pure tints – red, blue, and yellow. Any other tint that doesn’t fit in the usual colorful range causes the interest of a child. With the age, the preferences are changed and the adults are inclined to choose the cold tones.

The color therapy or that is the effect of the tint on the organism with the purpose of restoring its activity, is rather popular in the modern world and is used for the prevention of the stressful conditions, headaches, sleeping disorders, chronic tiredness, neurosis, breathing illnesses, musculoskeletal system diseases, alimentary canal disorders, cardiovascular and eyes illnesses, and dysfunction of the thyroid gland.

It is also popular in the cosmetology. The tone has a positive effect on the condition of the skin and has the cleaning and immune system stimulating feature that improves the well-being of a person and their appearance.

Regardless of what day World Color Day in 2022 happens on, don’t underestimate the power of colors!

It’s time for some color meaning investigation, isn’t it? It is an interesting field, by the way.

The red tone causes the very first associations with the blood and fire. Its symbolic meanings are so various and often contradictory. Ital so can signify the happiness, beauty, love, war, enemy, and revenge. From the ancient times, it is linked to the aggression and the sexual desires. It is a heraldic tint. On the banners, it means the riot, rebellion, and the struggle. Interestingly, lots of the African and Australian tribes, preparing for the collision with the enemies, colored their faces and bodies in the red.

The white one is about the purity, innocence, kindness, and happiness. It is associated with the daily light and the productive power which is seen in the eggs and milk. The whiteness gives the images of the common, legal, and true things. Some people wore the white clothing – the tsars and the priests – which meant the stateliness and grandeur. However, it has the other meaning, too. According to its nature, it absorbs and neutralizes all other tones and is linked to the emptiness, cold silence, and even death. The Slavs, for example, dressed the dead ones on the white shroud. 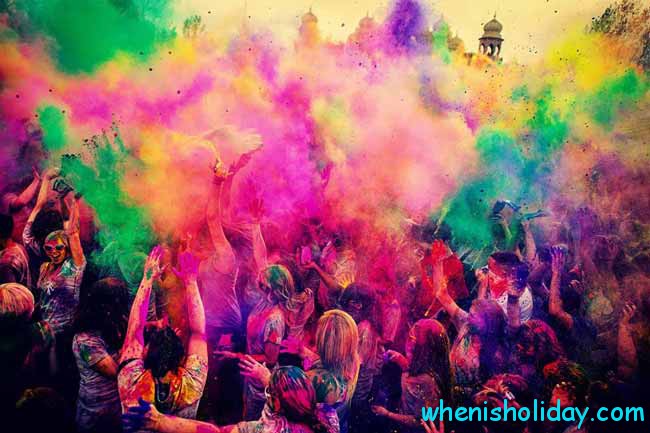 The black speaks of the sadness, grief, sorrow, death. It is also believed to have some association with the sexual appeal. Some African tribes consider the women with a black skin to be the perfect mistresses. The lust is covered by the dark and deep secret so the black could express something hidden and wildly desired.

The yellow means the tone of the golf which was taken as the frozen sun rays from the ancient times. It is a color of the fall, of the ripe ears of rye, and fading leaves. But also it signifies the illnesses, death, and the third dimension.

Lots of the people think that the blue is about the sky and eternity. It also speaks to the kindness, constancy, favor. And on the banners, it often meant the honesty, loyalty, and the chastity. The blue blood is about the noble origin ofa person and the British call the true protestant with the word “blue”. Besides, the blue is close to the black and has the same meanings. It was believed to be the mourning tint in the Ancient Egypt and in the South Africa.

The green is about the grass and the leaves. It is connected to the youth, hope, merriment and sometimes the immaturity. It is material and has the calming effect on the people.

In case you’re wondering about the ways to celebrate the holiday, we suggest you mark it with any sort of activity that involves the colors! Be it the coloring book, the easel or the simple pencil and the sheet of paper, praise the colors that spruce up our lives to the incredible extent!

Make a strong fixture on your calendar, when is Color Day in 2022, and spend this day brightly and colorfully!