Macaroni is a favorite food of both adults and children in almost all corners of the world. In most countries, different types of pasta products are united by one name – pasta, which means dough in Italian. Macaroni is an integral part of many culinary recipes. It is an excellent side dish for meat, fish and vegetables. And if you combine the pasta with the sauce, it becomes a complete meal. High-quality pasta is made from durum wheat, so even those who support a healthy lifestyle can include it in their menu. Few people know, but pasta has its own holiday. October 25 every year is celebrated around the world World Pasta Day. It was launched at the Rome congress of pasta manufacturers in 1995.

All holidays and events for October 25

How did the idea to celebrate World Macaroni Day come about?

Macaroni is a very ancient invention of mankind, the exact time and place of which cannot be established. It is believed that pasta appeared since people learned to grow wheat and make flour.

In the Egyptian pyramids, they found images of pasta dating back to the 4th millennium BC. Rolling pins and knives for cutting dough found by archaeologists on the territory of Ancient Greece indicate that pasta existed there as well.

Many historians believe that Marco Polo brought pasta to Italy from China in 1292. In general, pasta became popular in the era of great geographical travels and discoveries. During long journeys, people have developed a need for such a product, which is stored for a long time, does not weigh very much and at the same time does not lose its properties and nutrition.

In the 16th century, associations of pasta producers with their own rules and statutes were already established in Italy. Different cities had their own methods of making dough. Of course, manual labor was used, the process was quite long and complicated, which is why the pasta was quite expensive. Often only rich people could afford to use them.

In the 17th century, the situation began to change — mechanical devices for making pasta appeared, and the conditions for the distribution of hard varieties of wheat also arose. This became the basis for the cheap production of pasta and its availability. This product has become an everyday item on the menu of Italians.

In the 18th century, Catherine de Medici introduced macarons to the French, and since then they have gained recognition in all countries.

At the beginning of the 20th century, the discovery of electric current made it possible to create electric machines for kneading dough and special chambers for drying pasta. Thanks to this, the production of pasta was no longer limited to regions with a hot climate. The number of products has increased incomparably, and the process has become fully automated.

In Ukraine, national dishes made from dough that resemble Italian pasta have long been known and loved – dumplings, noodles, dumplings, lazy dumplings.

According to various sources, there are now 400 to 600 types of pasta in the world. Every year, this assortment is expanded due to the addition of vegetable additives, enrichment with vitamins and minerals, and the use of non-traditional raw materials. For example, for people with gluten allergies, pasta is made from rice or corn flour.

How much pasta is produced in the world every year?

In 2019, almost 16 million tons of pasta were produced in the world.

In which country is the most pasta consumed?

Italians consume the most pasta – up to 30 kilograms per year, followed by Germany and Switzerland.

Is there a macaroni museum?

Yes, there is a National Pasta Museum in Rome. There you can see its many types, learn everything about the production process, visit a seminar on dietetics and a library with rare culinary recipes.

How to calculate the amount of pasta per serving?

Italian pasta manufacturers usually recommend cooking at the rate of approximately 80 grams of product per serving.

How to evaluate the quality of pasta?

The quality mainly depends on the type of wheat from which the pasta is made. The tastiest and most useful are made from high-quality durum wheat.

How to celebrate World Macaroni Day?

Of course, the best way to celebrate this day is to make a delicious pasta dish yourself. For such a case, you can try a new interesting recipe or use a favorite and long-proven one.

And since celebrating Macaroni Day is not yet a widespread custom in Ukraine, it will be useful to share information about this holiday on social networks.

Macaroni Day is a fun, light holiday, not burdened with too serious topics.

When will we celebrate World Pasta Day? 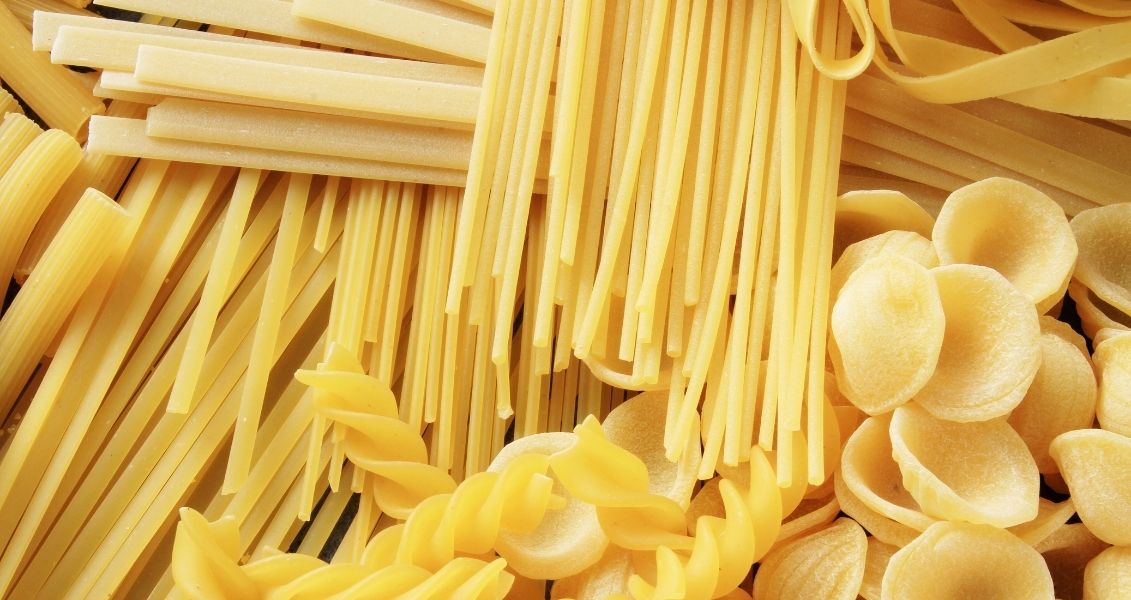 International day of fun at work