World Lemur Day is held on the last Friday of October in Madagascar and other regions of the world. This initiative was introduced in 2014 in Madagascar, the island that is the home of these animals and their place of origin.

There are more than 100 species of lemurs, almost 95% of which are on the verge of extinction. Several years ago, a study was conducted that found that lemurs are less protected than other primates. The reason for this is the destruction of habitats, hunting by poachers. According to research, lemurs are hunted more and more aggressively every year – these primates are resold as pets, and in some countries they are eaten.

Lemurs are considered the creators of the forest, because in Madagascar they play an important role in maintaining the balance of the ecosystem, promote the growth and spread of plants. Lemurs are very fond of fruits, but their stomachs are not able to digest seeds. Therefore, when animals travel through forests, they spread seeds with their droppings, which act as natural fertilizer. Many new plants grow from this seed, which become homes and a source of food for many other animals. 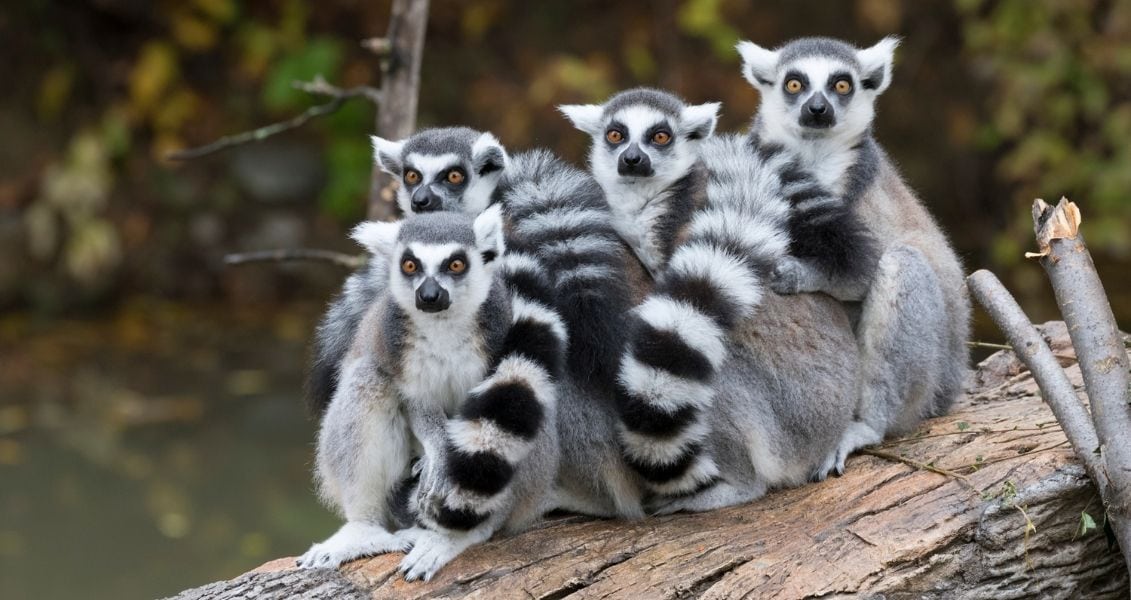