Emojis are icons (graphic symbols) that usually have a bright, “cartoony” look and are used in text messages. Emojis are extremely diverse and can be faces, characters, weather phenomena, vehicles, objects, food, plants, animals, or signs that represent an emotion or action. When we lack facial expressions, gestures and intonation to convey our feelings, emojis are ready to help. Most often, they can be found in posts on social networks, to which they add the necessary emotional color. The popularity of emojis in online communication is extraordinary, so it is not surprising that there is a special holiday – World Emoji Day. This event is celebrated every year on July 17.

How did the idea to celebrate World Emoji Day come about?

Emoji appeared along with computers and smartphones — that’s what most people think. But in fact, the roots of such symbols go back to the distant past, in which computers were not even discussed. It is known that in 1881 an ironic article about the art of typography was published in the American humorous magazine “Puck”. Stylized images of four faces composed of punctuation marks expressing joy, sadness, surprise and indifference were presented as examples of typographers’ artistic achievements.

The predecessors of emojis – smileys – appeared in 1982 thanks to programmer Scott Falman from Carnegie Mellon University in the USA. Using the university’s online bulletin board, the scientist noticed that many users liked to joke in their messages, but he sometimes had difficulty understanding the seriousness or sarcasm of such posts.

Falman began to think about how to compensate for the lack of non-verbal cues, such as facial expressions or body movements, in text-based online communication. Eventually, he posted an ad asking all messages to be accompanied by one of two signs: a smiling face or a serious face. In a matter of months, this innovation not only took root at Carnegie Mellon University, but also spread to other university networks.

Actually emoji in their modern form appeared in Japan. In 1999, the artist Shigetaka Kurita, who worked in the development team of the mobile Internet platform “i-mode” for the communications operator DOCOMO, invented a way to convey information in a concise and attractive way, for example, replacing the words “cloudy” or “sunny” in the weather forecast special icons. 176 12×12 pixel images were created that could be selected in the “i-mode” interface and sent to mobile phones as individual symbols.

The set of symbols consisted of objects and characters instead of faces and included, among others, images of weather (umbrella, sun, clouds), motion (car, plane, ship), technology (telephone, television), phases of the moon, and other phenomena. But these images were not purely informational, but assumed the presence of an emotional subtext, for example, by adding a “heart” symbol.

Now the collection emoji Kurita’s Shigetaki is on display at the Museum of Modern Art in New York, and in the early 2000s the idea was only prevalent in Japan. The symbols were not standardized, as each mobile operator developed its own set of emojis. Some of them were repeated, and some were not displayed in another network.

Given the popularity emoji in Japan, in 2003, Microsoft introduced 30 emojis, including animated ones, for the instant messaging platform MSN Messenger6. In 2006, Google began work on converting emoji to Unicode codes for private use, and on October 23, 2008, Google’s set of 79 animated emoji debuted in Gmail.

Since 2007, when the first iPhone was released, Apple has been eager to enter the Japanese market, so it decided to include popular emojis in its software. With the release of iOS 2.2 in November 2008, Apple introduced a set of emoji available only to Japanese users. A few months later, the company’s engineers submitted an official proposal to Unicode to introduce 625 emoji symbols.

Finally, in 2010, emojis were included in Unicode, at which time 722 emojis were released for iPhone and Android. In 2011, Apple freed iOS 5 users from the need to use a separate application to enter these characters by developing a special keyboard.

In 2013, an expert from emoji Jeremy Burge started the reference site Emodjipedia. This site documents the changes in emoji characters and their meaning in the Unicode standard. It was Emodjipedia that in 2014 founded a new holiday – World Emoji Day. July 17 was chosen as the day of the celebration, because it is precisely this date that is displayed on the calendar icon in the iOS operating system.

It has become a tradition that each release of Unicode contains new emoji. For example, skin tone modifiers were introduced in 2015 and since then anyone can share a “human” emoji with five different skin tones to choose from, and in 2016 a symbol in the form of a person wearing a hijab was added. Consequently, emojis are becoming more and more inclusive and represent the preferences of different segments of the population.

The collection continues to develop Apple emojis — 158 new icons were added to iOS 12.1 to celebrate the company’s 10th anniversary in 2018. Recently, special attention has been paid to the development of emojis to express cultural symbols, limited human capabilities and non-traditional gender relations.

What does the word “emoji” mean?

The consonance of the term “emoji” with the word “emotion” causes a widespread opinion about their kinship. However, the words are actually unrelated – “emoji” comes from the Japanese words for “image” and “character”.

Which emoji images are the most popular in the world?

According to Emodjitracker, the most popular, at least on Twitter, is the so-called “face with tears of joy,” which has appeared in more than three billion messages since 2013. However, people in different countries prefer different symbols – for example, the French use the “heart” much more often than others, and people in Arab countries – symbols of flowers and plants.

How many emoji are there currently?

Today, there are about 3,000 emojis in the official Unicode list. Today’s icons are very different from the simple black and white images of Shigetaka Kurita.

What is the difference between emoji and emoticons?

The term “emoticons” is applied to a series of text symbols (usually punctuation marks, numbers and letters) that are intended to show a facial expression or gesture. Emojis are considered a separate symbolic language based on visual images. At the same time, some emoticons can be classified as emojis, but emojis are not emoticons.

Which image is the favorite of emoji creator Shigetaka Kurita?

The inventor of the emoji considers the heart a favorite among his images, because it has an exclusively positive meaning and gives the corresponding emotional coloring to other symbols.

How to celebrate World Emoji Day?

This holiday is a great excuse to use as many different emojis as possible. You can even experiment by sending your friends a message without text, made up only of icons. Receiving such messages is also quite interesting – sometimes you have to find the meaning of some new symbols on the Internet.

It is appropriate to visit the World Emoji Awards website, where every year on July 17, emoji winners are announced in the category of new, expected and most popular. They are chosen by site users through online voting.

Many people in World Emoji Day share their own emojis based on photos on social networks. This can be done using special applications or online programs. Some emoji lovers simply post their top favorite or funniest symbols. Looking through posts with the #WorldEmojiDay hashtag, you can find plenty of inspiring ideas to celebrate the occasion.

For example, it will be interesting to arrange a friendly party, necessarily in costume. Friends in the form of emojis is unusual and fun, and for children, such an event will be exciting and will be remembered for a long time.

We are used to seeing and using emojis, so we mostly don’t think about why they have taken a place in our lives so confidently. World Emoji Day helps to understand that these funny symbols are not just a temporary fashion trend, but something much more.

No one denies that people need physical presence for real, full-fledged communication. But the circumstances of the XXI century are such that sometimes this is problematic, and emojis act as a kind of digital response to the challenges of reality. Where words do not convey the full range of emotions, simple but comprehensive symbols help. It is not for nothing that emojis are considered a kind of lingua franca – a language that is based on visual perception, so it is understandable to everyone.

Application emoji is not limited to the expression of emotions in online communication. For example, these symbols are convenient to mark folders for application shortcuts on the iPhone home screen. Also, emojis look great in advertising materials, and sometimes they are even appropriate in business correspondence – however, here one should take into account the peculiarities of corporate ethics and the personal attitude of the interlocutor to “non-serious” symbols.

More emoji have become one of the ways of self-expression – they are actively used by people of creative professions in pop culture, interactive entertainment and applied creativity. Interestingly, there is even emoji therapy for people with autism spectrum disorders — icons help them better remember new faces and objects.

When will we celebrate World Emoji Day?? 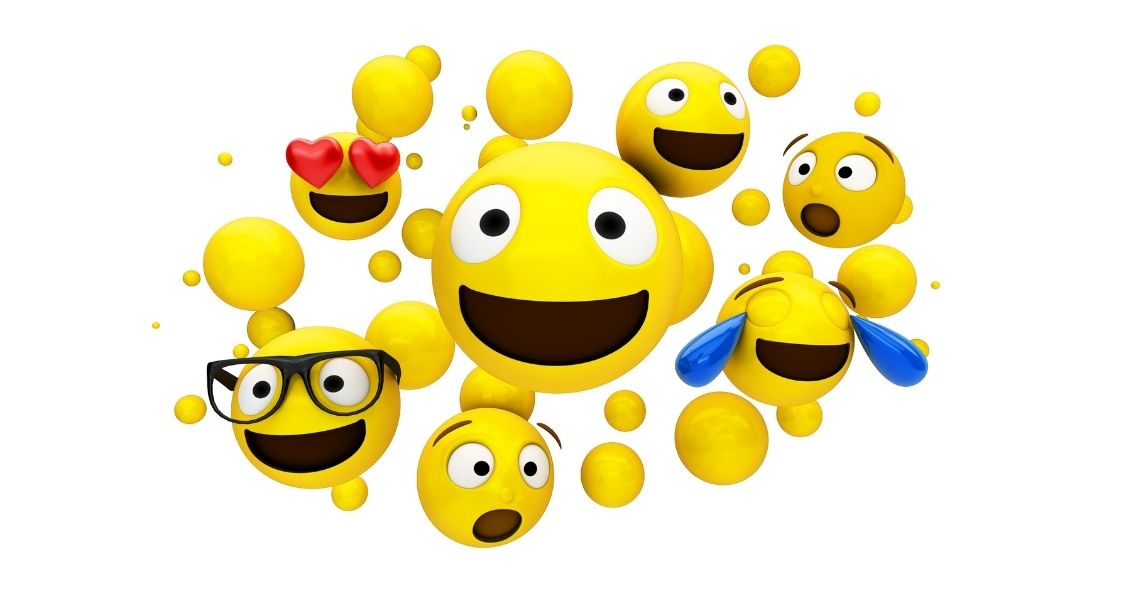 Read more:  The day of memory of Saint Jacob the Syrian

Birthday of the washing machine