Have you ever thought of the importance of the press freedom? Meanwhile, not only does the lack of it infringe on the media’s interests but also affects your right to get the independent information.

Today, it’s hard to imagine our world functioning without the press. Yet those times really were in the history of the mankind as the very first prototypes of the newspapers emerged in the Ancient Rome in the middle of the 2nd century BC. Although they were written on the wooden plates, their mission was performed at full: the pieces of news that were communicated through them both were of the unofficial character and of the government order.

Before the newspaper came into being in the 17th century, there also were the so-called awiso – the handwritten newsletters that covered the political and economic events across the Europe. They appeared in Italy and were rather popular in Rome and Venice.

When the printing press was invented, another era had come. It brought along the new power to this world – the newspapers which were a lot like the ones we have today. People got the opportunity to be informed in proper time, to let the others know about the services they perform, to report the country’s politics in a good light influencing the folks’ minds.

The periodicals were quick to adopt in the European countries – first Germany, then England, then Holland. The next fifty years were marked by the unprecedented growth of the printed media across the region. Interestingly, for some countries, the newspapers were printed in the neighboring states. Thus, they got protected from the kings’ influence. The power of the word was first appraised by Cardinal de Richelieu who saw that it had a huge impact on the public opinion. Expertly manipulating the news, he controlled the citizens.

The majority of the 17th century’s papers were published weekly. They told about the disasters, accidents, and neutral events. Those were allowed as the themes didn’t infringe on the ruler’s authority. Yet in those times, the opposition media was born.

The 19th century brought the true newspaper boom. The world saw the highly specialized periodicals such as the industrial, trade, literary. The private companies started to move the official ones. The greater attention was given to the foreign policy of the motherlands and politics of the other countries. The printed media had a strong effect on the population. Yet the government still went on to strictly censor the periodicals.

Nowadays, in the 21st century, the majority of the editions entered the Internet and turned into the electronic form. The printing gradually loses the popularity yet the amount of the papers is still huge.

When is International Press Freedom Day 2022? Well, this problem was born together with the printed word itself yet until this moment there is still no any certain idea of what it is exactly.

The holiday itself was brought into existence in 1993 as a result of the UN and UNESCO actions to adopt the initiative of the Africans members of the press. In 1991, in Namibia, they proclaimed the declaration according to which the world should call upon the states to provide the media’s freedom and its democratic character.

What does Press Freedom Day mean? It means the right of each of us to receive the truthful information and to speak free from fear. This international holiday reminds us of the important role the independent media play in strengthening the democratic ideals and helping sustain the development.

The main goal of the free periodicals is to create the basis of the educated and well-informed society that is able to evaluate the situation on its own. It is believed that the freedom of the printed editions satisfies the need of our community in the flow of information and in the speaking out loud our opinion. It provides us with the right of self-expression. It ensures the protection of the others essential rights and freedoms of the human. Is the independent media not the real guarantor of the democracy and freedom of the citizens? It is exactly this that bestows us with the protection from the lawlessness and despotism.

Regardless of what day National Press Freedom Day in 2022 occurs on, let’s not forget about this crucial point that provides our well-being.

Read more:  🎄 When is Christmas [year]

Obviously, to fulfill its social independence, the media has to have the economic opportunities for organizing its activity. Even for the start, they need significant initial capital to pay for the place to work in, for the salaries, etc. To be independent, they also need the legal guarantees, protection of the freedom from the political or any other structures. On top of that, it can’t be fully free if there is a threat to the lives of the journalists and every media professional.

In fact, even the opinions about the freedom of the word vary depending on the country. For example, the US stands out against the picture for its special disapproval of the government censorship. The same applies to some states of Europe and Latin America. The biggest part of the Asian, African and Middle Eastern countries is less categorical about the issue. The most “careless” ones are Vietnam, Palestine, and Indonesia.

In the society that strives for being called a democratic one, there has to be the elaborate system of the legal protection of the media. The really democratic states do not have the departments that control the contents of the newspapers or the activity of the journalists. They do not set the demands of the latter to be traced and followed. They do not make them join the pro-governmental associations. 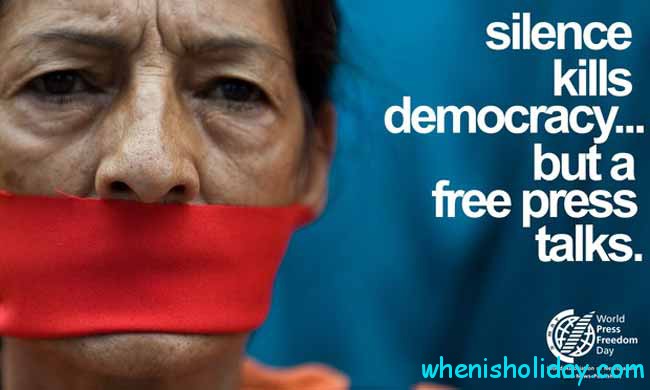 The press independence might be interpreted as the right to speak out the ideas, opinions, and information through the printed word without any limitations of the authorities. It is the result of the mutual efforts when people, organizations, and government unite to protect the media.

What’s the connection between the level of the press’ independence and that of the country’s development?

The press itself is part of the general market that generates the myriads of money and creates the jobs. The absence of control makes the media companies compete with each other for the attention of the reader who needs the truthful information.

The atmosphere of control influences the determination of the qualified specialists – whether to stay in the country or not. More than 50% of the people who took part in the research claimed that the absence of the media’s control is the determinant in their opinion of the place to settle in.

The level of the media’s independence is closely connected with the level of the GDP. The higher the first is the bigger is the second. Moreover, the freedom of the printed word helps overcome the corruption.

On the international level, the holiday is observed through the UNESCO activities that are held in more than hundred states. Each year, the organization comes up with the theme of the upcoming holiday and stages the main event – the conference – in different countries. Of course, the outline of any talks, round tables, and discussions on that day is the question of how we can reach the press freedom worldwide.

Carve a space in the calendar, when is Press Freedom Day in 2022, and always stand up for your word to be heard. 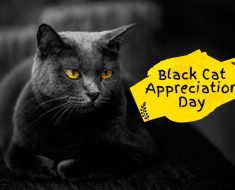 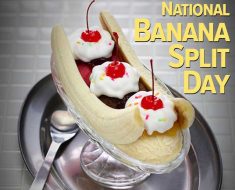 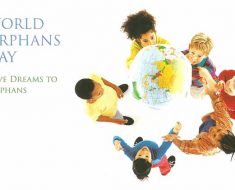 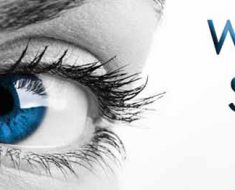