The growing popularity of the computers, mails, online notebooks, messengers, and other means of the electronic communication gradually takes us away from the opportunities to express our thoughts through the handwriting. Probably, in the nearest future, the letter or the greeting card written in the most natural way would be the most valuable present.

When is National Handwriting Day in 2020? Let’s find it out!

No one knows for sure when and how the written language appeared. We can just suggest how it developed since the ancient times.

The human started to draw the pictures about the hunting and war, the life, and traditions of the tribe long centuries ago. They used it for transmitting the messages. The picture of the sun meant the daytime. Two suns – two days. Those signs were called the pictograms. With the growth of the civilizations, this way of writing was simplified. Thus, the water was pictured with one wavy line, the verb “to hear” was transmitted through the image of the ear placed between two doors. Those signs were called the ideograms.

The Ancient Egyptians used the system which we now call the hieroglyphs. First, it was an ideographical system. But during the centuries, they created the phonetic system, too, that is to say, meaning the speech sound as well. With the development of the societies, the need in the bigger numbers of the signs appeared. That’s how the way of writing the words in correspondence with their sound was born. Thesignsthattransmittedthesoundwerecalledthephonemes.

The next stage was the creation of the alphabet. The Ancient Egyptians and the Babylonians knew how to write in an alphabetical way. According to their example, the Greek and Latin alphabets were invented which are used in the world even today, except for China. The oldest popular alphabet is the Phoenician that dates back to the 36th century BC. It gave birth to the Greek alphabet, then the Latin one and the Arabic one, in a while. We can say that the Phoenicians made a huge contribution to the foundation of the modern western culture.

Its biggest advantage was that the human had to remember only twenty-six letters, instead of with the hundreds of the hieroglyphs and signs. Only twenty-six letter and they could write the contracts and the love letters, the birth certificates, and the longest poems. The Phoenicians were the traders and thus understood that the simplicity and versatility could help them in their business.

In the later times, the oldest way of the writing was that of the Olmec tribe that lived in the territories of the modern Mexico. The direct evidence of that is the stone that was found in the 90’s and dated back to the 10th century BC! The message on the stone contained sixty-two hieroglyphs with some of them repeating up to four times.

When is International Handwriting Day 2020? The holiday itself was invented by the American manufacturers of the writing utensils almost forty years ago. The date was chosen in honor of a man who signed the wide-known Declaration of Independence.

What does National Handwriting Day mean? It means taking a pen in your hand and enjoying the long-forgotten experience of moving it onto the sheet of paper.

Comparing the old handwritten diaries of the patients and the new ones typed in the computers the psychologists noticed the huge difference in their ability to express the thoughts. It seems like the more often we write by hand the quicker our brain works and the better we speak!

The laptops, tablets, and electronic editors have long replaced the pens and pencils. Meanwhile, the usual paper notebook can bring much more profit to our health than the “soulless” electronic machines.

Regardless of what day World Handwriting Day in 2020 takes place on, don’t underestimate the power of the simple movements! 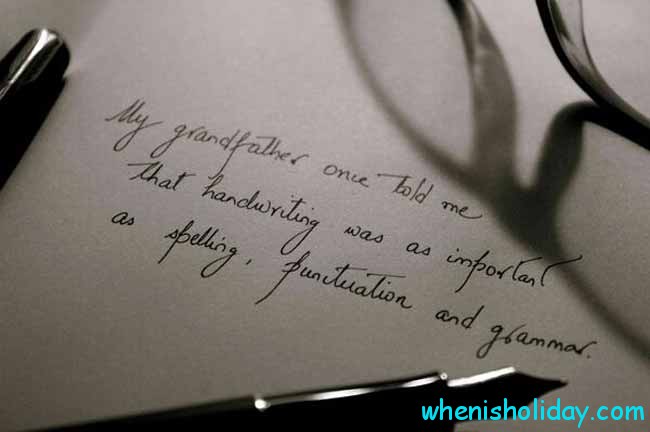 What is the date of National Handwriting Day 2020? It falls on January 23rd!

There is a food for thought – not so long ago, the authorities in Finland announced a brave decision. They stated that all schools would refuse the practice of the handwriting by the end of the next year. Is it a proper decision?

If we look at the question from this side – that we use the keyboard more often than the pen – it seems that it is okay. However, the neurobiologists claim that it is not that rosy. The handwriting has a huge influence on the children’s brain and the total refuse on that would be rather bad.

Unfortunately, not everyone today uses the skill of writing by hand. For our own comfort, the computer can fill in any document.However, we can suggest that the engineers of the mobile technologies would invent something that let us write the e-mails with our own hand.

What should you do on the ordinary Handwriting holiday? Well, it’s as simple as that: write the thank you notes to your near and dear ones! Don’t forget to put a part of your soul into these notes. Or, start your own diary (with a huge lock on that) or the cooking book.

The activity may be of any kind. The most important point is to write something without the computer/laptop/smartphone/etc. And remember that this skill has a whole bunch o the advantages for your brain!

Read more:  Kiss and Make Up Day in [year]

Make a firm fixture in your calendar, when is Handwriting Day in 2020, and sit down at the table with a pen in your hand a bit more frequently. 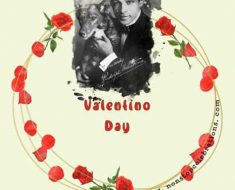 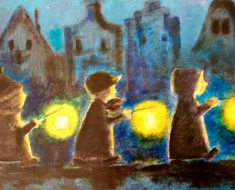 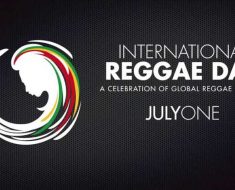