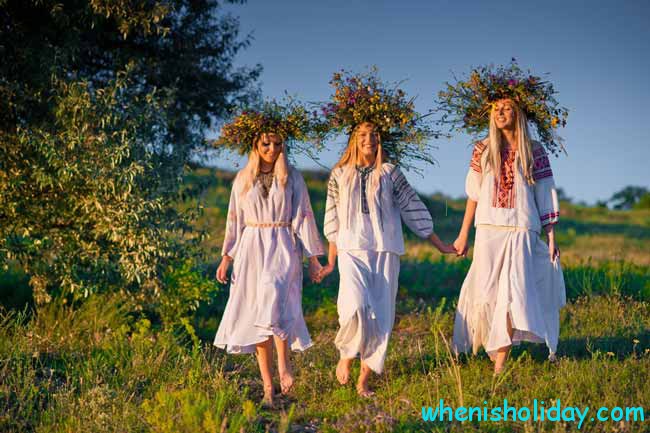 When is Kupala Night in 2022? – That is the first question, which is usually asked by those numerous travelers from all over the world, who are going to visit one of the countries of the former USSR.

Frankly speaking, according to the quite common point of view, that is really a very interesting event, which should be visited by everybody. Why? – All in all there are several obvious reasons for this holiday popularity. Having come from ancient pagan times, this holiday has been celebrated by many Slavic people.

Before talking about this day, we would like to mention, that the question like “When is Ivan Kupala Night 2022?” is considered to be not so proper. – Why? – The matter is that in fact this event has a constant date, which doesn’t depend on calendar years. – That is on the mystical and mysterious night between 6 and 7 July, just in the middle of the summer. 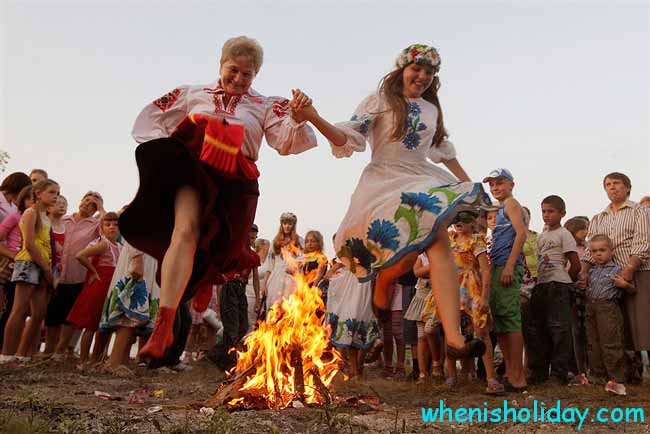 Geographically, as a rule, it has been celebrated by almost all Slavs, who live from the Carpathians and to the north of Russian Federation.

This holiday is represented by a great number of different customs and rituals. But the most important elements of this unusual period are a night swimming, and clearing fires, jumping over which makes you more successful and happier. By the way, in previous times it happened that the cattle were passed over the fire. In such a way people wanted to protect the herds from different kinds of diseases.

Interesting beliefs and most popular attributes

The night between 6 and 7 July is believed to be the most mysterious one of the whole year. Many people are sure that at that moment, when the darkness of the July 6 night comes, the mystery appears and various miracles happen.

The three main characters of Ivan Kupala celebration are fire, water and herbs. On this period all these things acquire special magical powers and are able not only to purify the people’s souls from any sins but also to heal the bodies, filling them with strength and energy.

The most important traditions of the holiday

Since the Ancient Rus period there has been a belief that you shouldn’t sleep at night between 6 and 7 July, that is considered to be the shortest one of the year. Why? – The matter is that when darkness comes all the evil forces become rather active.

You can meet the following beings:

Many legends of the Ivan Kupala holiday are combined with the plant world. People believe that the flowers and herbs, which have been picked up this day, have special properties. They are used to envelope with smoke the patients, who are suffering from various evil spirits. And, by the way, they also able to bring love. So do you remember, what day Kupala Night in 2022? Perhaps that is a high time to try these mystery resources.

In the previous times it was believed that in this day the sun is filled with special and exciting life-giving force. Nowadays there are a lot of proverbs associated with this time. Here are some of them: “Strong dew on Ivan Kupala Day brings a perfect harvest of cucumbers” or “If it is raining, in five days it will be sunny.”

Unfortunately, many of the celebration elements have been forgotten and lost.

As a rule the holiday begins on July 6. People picked up various flowers and herbs for different purposes. – Some need them for medicinal aims, others – to predict the future. In the evening the girls gathered together and sang traditional songs. The second part of the celebration begins at night, when, according to some legends, all evil spirits appeared.

All in all there are many traditional ceremonies at Ivan Kupala Day, but collective swimming is considered to be the main one. According to the well-known legends, in former times any swimming was forbidden or even dangerous until this date. People believed that up to this date evil forces lived and governed there. 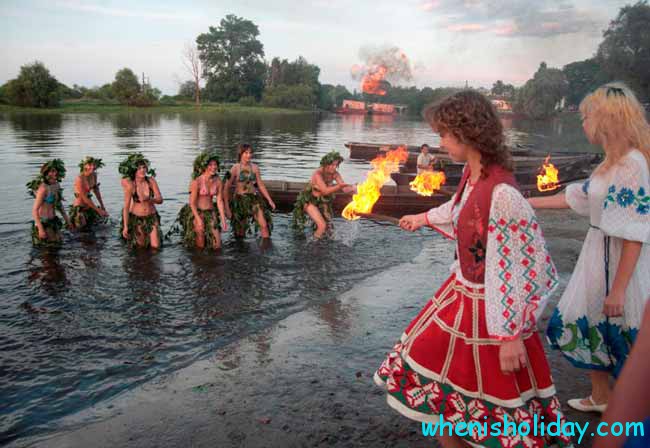 Of course, this night should be spent in the open air and in the noisy company, for example, on the banks of a river or lake, not at home, lying in the bath. You should feel a sense of joy and gratitude for the fact that nature and water give you health, beauty and vitality.

On the river banks, where Ivan Kupala Day and Night are celebrated, people traditionally make special ritual fires to keep evil spirits off. During the magical night, even the two most powerful elements, like fire and water, forget about their enmity and become friends.

You can jump over fires, but try not to make them too high as in this case they can be quite dangerous. Some people play various games, sing songs and communicate as much as they can. This night is called a celebration of light and love!

Also, traditionally during ceremonies it is recommended to burn the clothes of sick people. It is believed that this ritual can get rid them from any diseases. So if you have any problems with your health, you should know that the answer to the question “What is the date of Kupala Night 2022” may simultaneously mean the period, when it is possible to become healthy and strong again.

Another ritual of Ivan Kupala is a real bath in Russian style with brooms of herbs collected the previous evening. These brooms have the special names. – They are called “Ivanovsky” and have miraculous healing properties. Use them during the whole year, and you won’t have any health problems.

Some people prefer to hang bouquets of dried Ivan Kupala herbs in their apartments. They are sure that this decoration will bring happiness to the dwelling. But if you see the fern at the Kupala night, you can consider yourself to be very lucky. The old legends tell that under this plant it is possible to find a valuable treasure.

Try to find it immediately!

Do you want to be happy? – Just make fun until dawn! According to the ancient tradition, on this night all the evil forces are trying to catch you. Do not allow them to do this.

You will be able to rest only at the dawn. But before going to bed, please, do not be lazy and organize an interesting ritual for money attraction. Take all the coins and notes and put them in a secret place. When you wake up, count them calmly and strongly several times without any hurry and getting pleasure from this activity. Then, according to ancient beliefs, wealth will come to your house and would not leave it until the next Ivan Kupala Night!

You will be surprised, but it really works!

Today, unfortunately, modern men and women do not remember much. A great number of amazing traditions have been forgotten. But the holiday is still involved the mysterious echoes of the past.

Some specialists compare this night with the Halloween one. So why not to organize the merry party or to create a fire show, which will a prototype of a cleansing fire? Or you are able to have a cocktail party by the lake and to enjoy the barman show. That is the matter of the taste, of course. But, please, remember, that this is a great reason to organize a perfect holiday for yourself as well as for your friends.

So if you forget what is Ivan Kupala Night in 2022, calendar will always help you to find the answer.