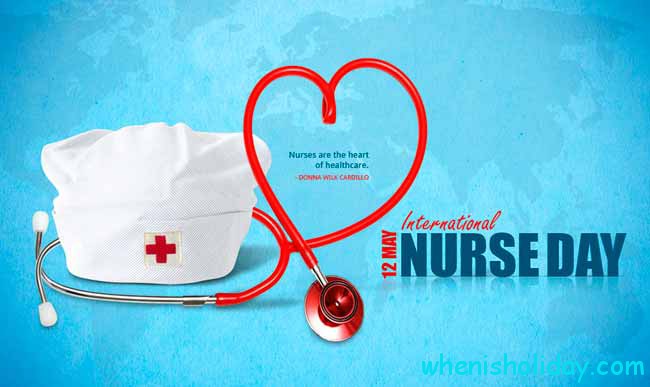 When is International Nurses Day in 2022? – That is the question, which can be answered only by specialists. Perhaps, only they or their close surrounding can reply it immediately. It will be as usually on May 12 and the celebration will be held under the auspices of the International Council of Nurses. All in all we can’t but mention that the nurse profession is considered to be among the most humane and important ones for the society. And, frankly speaking, it is really true. There is a belief that almost 50% of patients’ successful treatment and rapid rehabilitation depend on the proper care. And it is impossible to argue with the fact that warm, caring and gentle nurses’ hands have returned health and even saved the lives of millions of patients.

Before answering the question “When is International Nurses Day 2022?” we would like to talk about the historical background of this special day. So on May 12 we usually celebrate Nurses Day, which was adopted on the decision of the organization of the International Red Cross. Also we can’t but mention that this event is held in honor of the English nurse called Florence Nightingale, whose birthday was this very day.

The idea to honor the younger medical staff, which usually carries out one of the most important functions in the patient’s recovery, was initially expressed in 1953. But the decision to celebrate this event was made only 12 years later. And only in 1974 the festival got an international status. At the same time the authorities selected the date of its celebration.

But let’s start from the very beginning. – The well-known English aristocrat Florence Nightingale got a special education, which had been obtained only by men before. That was a time of the severe Crimean War. Having really exceptional abilities, Florence decided to apply her talents in medicine. Realizing that the wounded solders needed constant and proper care, she gathered a group of nurses and went to the field hospitals, initially to Turkey, and then to the Crimea.

That successful initiative met with surgeons’ distrust. But the post, which she was occupied at that time, allowed her, in spite of everything, to realize her plans.

Before the war, she wrote to her friend: “I thought that it would be possible to establish something like a Protestant nurse community for women with sophisticated feelings. But at first lessons there were difficulties, and it scared my mother. Here we are not talking about the physical disgust, which can be caused by some things during the work in the hospital. I mean the things what are happening between the surgeons and nurses, as you can guess what they are.” Her biographer Dell Richards wrote: “In those days, the work of the nurse was really difficult and at the same time rather disrespectful. It was the last occupation for women alcoholics who did not stay in other jobs, and women, working as prostitutes”.

There were no preparation courses and specialized schools. Women should sit at the bedside of the ill or dying person. Sometimes they even shared the bed with them or fell to the ground, being heavy drunk. «That was Nightingale, who decided to change the situation dramatically and tried successfully. That is the explanation why the answer to the question “What is the date of International Nurses Day 2022?” has combined with her birthday.

During the war, in order to solve the problem of the injured people, when tens of groaning solders were lying all together, Florence increased significantly the number of field hospitals and wards. She cared them all day round even at night. For this the grateful solders gave her a special name “Lady with a lamp.” She organized more or less convenient kitchens and laundries. And being sure that the state of mind had a perfect influence on the recovery process, she was taking care the wounded people’ leisure time. This tender lady created special hospital reading rooms and helped to write the letters to the relatives. As a result, the mortality was reduced in 20 times. Before her departure from the Crimea to England Florence Nightingale set a great white marble cross on the hill above Balaklava. She did it in order to remind the people about all doctors and nurses who died in the Crimean War. Returning to England in 1856, the Nightingale started the special direction called army medicine!

Immediately departmental hospitals were equipped with ventilation and sanitation systems and the staff received special training. They began to pay special attention to disease prevention. And up to the present moment the idea: “Take care of healthy people in order to prevent sickness” seems to be relevant In London Nightingale opened the world’s first military medical school of the Mercy Sisters. By the way Florence was also the first person, who showed the influence of the environment onto the human health, laying in such a way the foundations of the contemporary science – ecology. Also it is necessary to mention that the American poet Henry Wadsworth Longfellow devoted his poem “Santa Philomena” to this remarkable woman. In Florence at the foot of her monument we can read the inscribed worlds: “It was an example of service to the people and the symbol of mercy”. 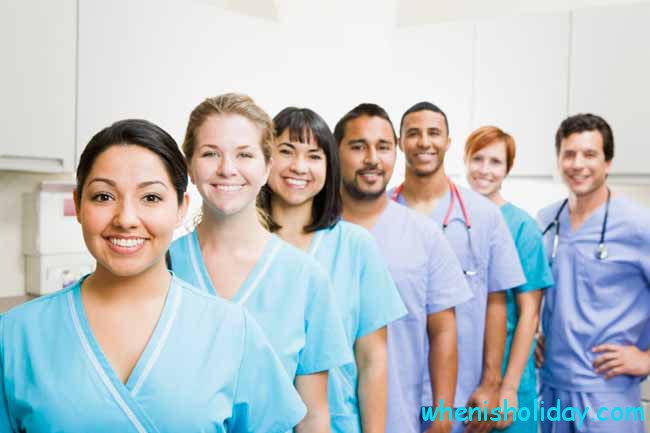 The job of the contemporary nurse

Nowadays there is a great amount of new medical technologies. And because of this fact the nurses need to work hard and constantly in order to improve their knowledge and skills in accordance with the latest developments of this important life-saving science. The nurse association introduces various innovations, which are used for general help, disease prevention, nursing and public health improvement. All in all the role of the nurse can not be overestimated. The representatives of this profession have always been doctors’ assistants. That is why there is a belief that the end result of treatment depends not only on the physician’s knowledge and skills, but on the nurses’ actions as well. Taking into account this information, it becomes really clear, why it is important to remember what day International Nurses Day in 2022 is. – We should congratulate the people, who are in this noble profession.

By its nature, the nurses work is considered to be a performing one, but and on the value of it is not less important than the activities of a doctor. The contemporary nurse provides comprehensive patient care, performs a variety of diagnostic and therapeutic procedures. He/she spends much more time with a patient than a doctor and we shouldn’t forget that this person will be the first one, who helps in the case of health deterioration.

No matter how hard she/he has to work to the maximum potential, his/her job is to inspire confidence to the sick person. As a rule this profession is filled up emotionally. The whole working day is a close contact with people, especially with patients that require care and attention.

How is the holiday celebrated?

When is International Nurses Day in 2022, calendar will tell you without any problems. But how can we celebrate this day properly? Let’s discover. As a rule at this holiday it is necessary to congratulate nurses in clinics, hospitals, pharmacies and other health care facilities. Festival has had an international status, which means that it is celebrated almost all over the world.

You can congratulate also relatives, colleagues, friends, and in general, anyone who works or has worked as a nurse.

The feast of the conception of the righteous Anna the Most...