Every year on June 13, the whole world celebrates a holiday on the occasion of one of the most important inventions – Sewing machine day. The day of June 13, 1790, when the first sewing machine was patented in Great Britain, went down in history. After all, this invention became extremely important in the development of the textile industry, and since then the sewing machine has become an indispensable attribute of every skilled housewife.

How did the idea to celebrate Sewing Machine Day come about?

Despite the fact that sewing machines have undergone great changes and significant development, disputes surrounding such questions as: who first invented the sewing machine or where the first invention appeared, do not subside even today. And this is not surprising, because attempts to create sewing devices were made by different inventors in different parts of the world almost simultaneously. However, the devices differed in some technical properties.

Sometimes disputes over the right to patent an invention reached multi-year court cases. However, there are a number of inventors who made the greatest efforts in the development of the sewing machine, and we will talk about them below.

Unbelievable, but a fact: one of the first ideas of a sewing machine belongs to Leonardo da Vinci. It was he who drew a sketch of the device back in the middle of the 15th century. However, long before that, there was already a device that helped shoemakers sew the sails of ships.

However, the first working example most similar to a modern sewing machine, which used a needle with an eye near the point, was designed and patented by Karl Wiesenthal in 1755. It was a small device that repeated the technology of hand sewing.

On June 13, 1790, the design of a sewing machine for sewing sails and leather goods was patented. It was this date that was chosen to celebrate Sewing Machine Day.

Evolution of the sewing machine

In the first half of the 19th century, it was under construction sewing machine Austrian tailor Josef Maderspeger worked. And his work had a fruitful result: he adopted the idea with a needle from Wiesenthal and created a machine that made about a hundred stitches per minute.

A slightly faster unit was developed by the French innovator Barthelemy Timon – his machine was capable of making up to 200 stitches per minute. Thanks to the successful development and the obtained patent, Barthelemy Timon started the first manufactory for the production of sewing machines. However, this course of events greatly outraged shoemakers, who were afraid of losing their jobs due to the advent of sewing machines.

During this same period, many inventors worked on the production of their copies. Yes, the following sewing machines appeared:

However, the greatest contribution to further development sewing machines made by the American inventor Elias Howe. His sewing machine could do up to 300 stitches per minute and performed shuttle stitches. However, the device had its drawbacks. For example, the needle moved in a horizontal direction when the fabric needed to be positioned vertically. Elias Howe later began selling the right to use his sewing machine in Great Britain.

Sewing machines of our days

Further samples sewing machines were improved copies of Howe’s invention. However, one of the best and most popular variations was Isaac Singer’s sewing machine. The entrepreneur and inventor not only patented his invention, but also created an entire brand that is still popular today.

The Singer machine underwent many changes, innovations and significant modernization, thus eliminating the biggest shortcomings of sewing devices of that time. As a result of painstaking work, a convenient, reliable and inexpensive product appeared that every housewife could get.

How to celebrate Sewing Machine Day?

If you are an experienced tailor, try working with a piece of fabric without sewing machine. This may seem strange, because there is no need to sew by hand for a long time. However, when you are done, you will realize how important a sewing machine is. And if you have never dealt with this device, now is the time to start. Ask your mother or grandmother for an old sewing machine, find a simple pattern and try yourself as a seamstress.

Although today there is no urgent need to sew clothes for yourself, because there are many good and inexpensive things in stores. But Sewing machine day is important in view of the history of the development of the weaving industry. And it’s certainly celebrated by everyone in the industry.

When will we celebrate Sewing Machine Day?? 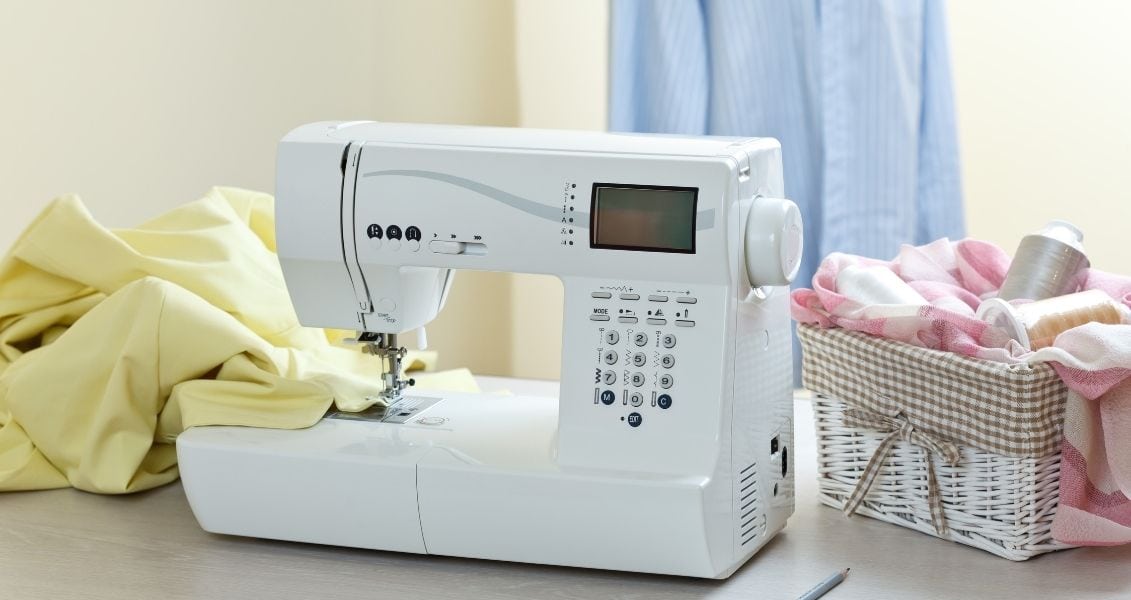