It is difficult to imagine the modern world without bicycles – we see them on asphalted streets of big cities and dirt roads of small villages, on off-road roads and in Olympic stadiums. Almost everyone has the experience of riding a bicycle, and vivid childhood memories are usually associated with this vehicle, because it was in childhood that most of us learned to ride it. The bicycle is such a universal, affordable and environmentally friendly human assistant that a special holiday was dedicated to it — World Bicycle Day (World Bicycle Day), which is celebrated annually on June 3. This event was established in 2018 by the decision of the UN General Assembly.

How the idea to celebrate came about World Bicycle Day?

The bicycle in its modern form did not appear immediately and in its history it is impossible to establish a single author – many inventors had to make efforts to create this simple but effective vehicle.

There is an opinion that the idea of ​​a two-wheeled machine was already in Leonardo da Vinci – this is confirmed by sketches, which depict a structure very similar to a bicycle. However, other researchers consider these drawings to be the work of a student of the brilliant Italian, Giacomo Caprotti, or a forgery created much later. Be that as it may, the design from Leonardo’s sketches was obviously not implemented, so for several centuries the only means of transportation for people remained horses.

The year 1817 is generally considered to be the first significant date in the history of cycling. Then the German inventor Karl von Dreise designed a kind of scooter that had two wheels, a saddle and a steering wheel. There were no pedals in the structure, and to move on it, you had to periodically push your feet off the ground, gaining momentum for movement. That is why the scooter got the name “running machine”, and it was also called “drezin” – from the surname of the inventor Dreyza. Interestingly, this prototype bicycle was completely wooden and did not have a chain mechanism.

Soon the invention found its way to France and England, where it received the name Dandy Horse, that is, “a horse for a dandy.” In 1818, it was improved by the French inventor Joseph Nicephorus Niepce, who made it possible to adjust the height of the seat. In this form, the Dandy Horse was used for more than 40 years, producing it at carriage factories. However, it cannot be said that the Dandy Horse was very popular as a vehicle, because it was not very convenient to move around.

In 1862, the Frenchman Pierre Lalman, a coach manufacturer, decided to install pedals on the axle of the front wheel of the Dandy Horse. The idea was picked up by another master of the carriage business, Pierre Michaud. As a result, the design, in addition to pedals, also received a metal frame, as well as a new name – a bicycle. Soon the Olivier brothers, young entrepreneurs, tested this car on themselves, for which they drove from Paris to Avignon in eight days. After that, they put the bike into mass production.

Soon, one of the popular bicycle models was the model with an enlarged front wheel, invented in 1869 by Eugene Meyer and put into production by James Starley. This bicycle was called a “penny farthing” by analogy with British coins, which varied considerably in size. Wheels with wire spokes and a lightweight metal frame allowed for increased speed, but due to the height of the front wheel (up to 1.6 m) and the shifted center of gravity, cyclists were at great risk of falls and injuries.

In 1885, James Starley’s nephew, John Camp Starley, designed a design with a low frame, angled front fork, equal-sized wheels and a chain drive to the rear wheel, with the rider’s seat placed between the wheels. The new model was much more comfortable and, most importantly, safer than the previous ones, so it was called Rover Safety. This bike became very popular, and since then “rover” is the second name for the bike in many countries.

In 1888, the Irishman John Boyle Dunlop, trying to make his son’s bicycle rides more comfortable, tried to fill rubber tires with air. Compared to solid rubber tires, the new tires turned out to be much more comfortable, so the next year two-wheeled cars were equipped with replaceable inflatable chambers and tires.

In the 20th century, the design of bicycles developed rapidly, although, in fact, they were all variations of the Rover Safety bicycle. In the Soviet Union, bicycle models and production technologies were borrowed from European countries, especially after the Second World War, when equipment from several German bicycle factories was exported to the USSR and installed at Kharkiv and Minsk bicycle factories.

In the 1970s, the so-called “bicycle boom” began in the countries of Europe and the USA – people fully realized the convenience and efficiency of the bicycle as a form of transport. In addition, two-wheeled machines became lighter and stronger at the same time, and also acquired aerodynamic properties. There was even a mountain bike, which saved the owners from the need to choose only flat asphalt roads for trips.

In 2015, Leszek Sibylski, a sociology professor at Montgomery College in Maryland, an ethnic Pole and a former Polish youth cyclist, wrote a post on the World Bank blog titled “Cycling Is Everyone’s Business.” The following year, another post by Sibylsky appeared – “Why is there no World Bicycle Day?”, and the sociologist made a proposal to establish this holiday at the “Scientists for Cycling” colloquium, which was held in Taiwan. This idea turned into a mass movement with the support of the World Bank’s Sustainable Mobility for All program. Quite quickly, this led to the declaration by the United Nations of a holiday dedicated to the role of two-wheeled machines in the modern world – World Bicycle Day.

In which countries are bicycles used the most?

The world leader in terms of the number of bicycles is occupied by the Netherlands – seven out of eight residents of this country, older than 15 years, ride bicycles. The bicycle is also a common means of transportation for citizens of Switzerland, Spain, Germany, Denmark and France, thanks to the fact that the governments of these countries pay a lot of attention to the development of cycling culture.

How many bicycles are produced in the world each year?

What is the bicycle speed record?

What types of bicycles are there?

Bicycles are divided into types according to where they are used. That’s why there are road, city, mountain, hybrid, touring, road, cruiser, tandem, as well as BMX – stunt bikes. This list is not complete, because manufacturers are constantly working on new, improved types of two-wheeled machines.

Does World Bicycle Day have a logo?

Yes, the logo for this event was created by Isaac Feld and John Swenson. The emblem with the image of five cyclists on the surface of the globe symbolizes the important and unifying role of this simple invention for people from different countries and social strata.

How to celebrate World Bicycle Day?

In order not to be left out of this interesting holiday, it is enough to prefer a bicycle to a car or public transport for at least one day, and ideally to do it as often as possible. You can ride a bicycle to work, to the institute or to school, or you can get out into nature outside the city. This is a great reason to teach your son or daughter to ride a bike, and in order for such trips to be as safe as possible, you should remember the rules of the road in advance and be sure to familiarize children with them, because they love cycling like no other.

On June 3, you can participate in a charity fundraiser held by non-profit organizations. The collected funds are spent on the purchase of bicycles for children from low-income families, as well as for the population of poor countries, for example, African ones. It is the bicycle that often becomes a real savior in such situations, when people from afar have to deliver drinking water or food, while not having any transport.

Various bicycle races and flash mobs on this day are also a great way to spend time interestingly and usefully. Considering the fact that this holiday is quite young, and not everyone knows about it, it is worth spreading information about World Bicycle Day among his acquaintances and friends.

This event is designed to contribute to the creation of national strategies and programs for the development of bicycle infrastructure, as well as to increase road safety in all UN member countries. Also World Bicycle Day promotes best practices and means to popularize this transport among all members of society. This is very relevant for our country, where very few bicycle paths and bicycle rental points have been created today.

During the pandemic and the lockdown associated with it, the bicycle has become an indispensable form of transport for many – individual, cheap and safe. An example of the importance of bicycles is the delivery service in cities, which has recently become an important industry due to its mobility and quick response.

It is impossible to overestimate the positive effect of cycling on health, because it is a type of aerobic activity that trains the heart, blood vessels and lungs. Cycling helps increase muscle strength and flexibility, relieves stress, anxiety, and depression, improves joint mobility, posture, and coordination, and helps prevent excess weight. In addition, a bicycle is a completely ecological vehicle that does not pollute the environment and does not require fuel.

Ago World Bicycle Day can be considered an important and pleasant event that makes our world a little cleaner, healthier and happier.

When will we celebrate World Bicycle Day? 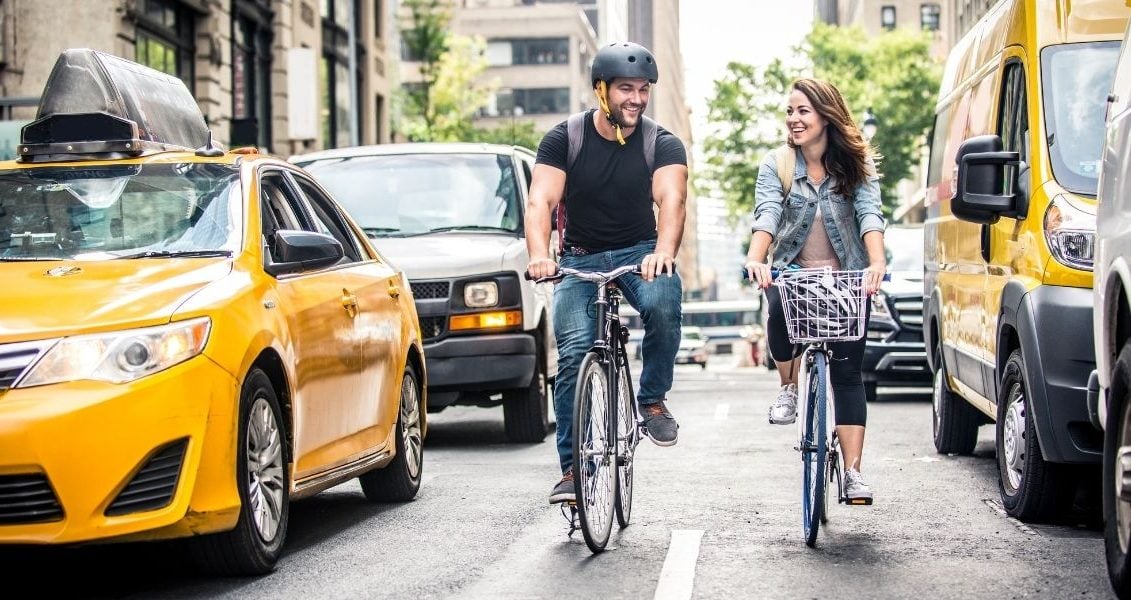