Christening Christmas Evewhich is also called On the eve of Epiphany, celebrated by Orthodox Christians on January 18, the day before Jordan or Epiphany. This special evening is part of the cycle of Christmas holidays and precedes the very important event of the Baptism of the Lord in the Jordan River, which is celebrated on January 19. The eve of Epiphany is a kind of preparation for the main holiday. Fasting is established on Khreschensky Christmas Eve, and the main dish at dinner is kutya or “sochyvo” – a decoction of wheat with honey and poppy seeds. It is not for nothing that the people call this day the Hungry Day.

How did the idea of ​​celebrating the Epiphany Eve come about?

Until the 5th century, Christmas and the Baptism of the Lord were celebrated on the same day and fell on January 6. In ancient times, this holiday was called Epiphany (Theophany), it testified that the Lord came into the world and was baptized in Jordan. During the Baptism of the Lord, the Trinity appeared. In the 5th century, the date of Christmas was moved to December 25.

The event of the Baptism of the Lord is extremely important for Christians. Therefore, the church singled out the day that precedes it and established a strict fast on this date. The measure of abstinence from food is determined by Orthodox believers personally.

How to celebrate the Epiphany Christmas Eve?

During the days of its existence, the holiday acquired many traditions, rites and beliefs. Sincere believers try to follow them to get blessings.

On January 18, a liturgy is held in churches, after which the water is consecrated. The Great Consecration of Water – this is how this event is called in church circles and the people – is carried out with great solemnity and memories of the sanctification of water through the Baptism of God himself, who appeared in the world in human flesh. Sanctified water is called agiasma or baptismal water. Since the 11th century, the water has been sanctified twice – on Christening Christmas Eve and on the Epiphany itself. Rites of water consecration are performed in the same way on these days, and the water consecrated on the Eve of the Epiphany and on the day of the Epiphany itself has the same power.

There is a tradition to consecrate houses with baptismal water and chant the epiphany troparion during the consecration. Consecrated water is consumed during the year on an empty stomach with a piece of prosphora – ritual liturgical bread used during the Orthodox service of the Liturgy for the Eucharist. People believe that in this way they will receive a healing power that drives away demons and hostile spirits.

Water consecrated on Epiphany has a strong beneficial effect, which is not lost even after it is diluted with plain water. Holy water should be treated in a special way. The church shrine should be kept in a special place, next to the icons. So it can keep its power for a long time.

Fasting is observed on the eve of Jordan or Epiphany. Believers do not eat any food until the evening dawn. In the evening, when the family sat down to the table, it was customary to drink some holy water.

All the dishes used on Epiphany had to be lean. The main dish on the table was hungry kutya, which differed from the usual simple seasoning. Only poppy seeds and honey were added to the kuti. Additional dishes include dried fruit concoction, dumplings, fish. There should not be an even number of dishes on the table. The optimal amount is 7-9 dishes.

During the whole day of January 18, housewives are cleaning their homes. This is due to the fact that the celebration of Epiphany in an untidy house is a bad omen. At the same time, on Epiphany Eve, hard work was not performed and loud festivities were welcomed. If popular beliefs are to be believed, people baptized on this day will be happy throughout their lives.

Traditionally in Christmas Eve on the eve of the Baptism of the Lord, the girls did fortune-telling, and the children went to charity. During the giving of gifts, it is customary to hand a sprig of hazel to each host. If the benefactors are young men, they usually gave generously under the windows of the girls in the magazine. If a house with a girl was passed by, it meant that she was still young.

Since ancient times, it has been believed that at the Hungry Corner, animals can speak human language. However, eavesdropping on such a conversation could lead to divine punishment.

What should not be done?

This holiday is especially important for Orthodox believers, who carefully observe all the rites of celebrating Christmas and the Baptism of the Lord.

When will we celebrate Christening Christmas Eve? 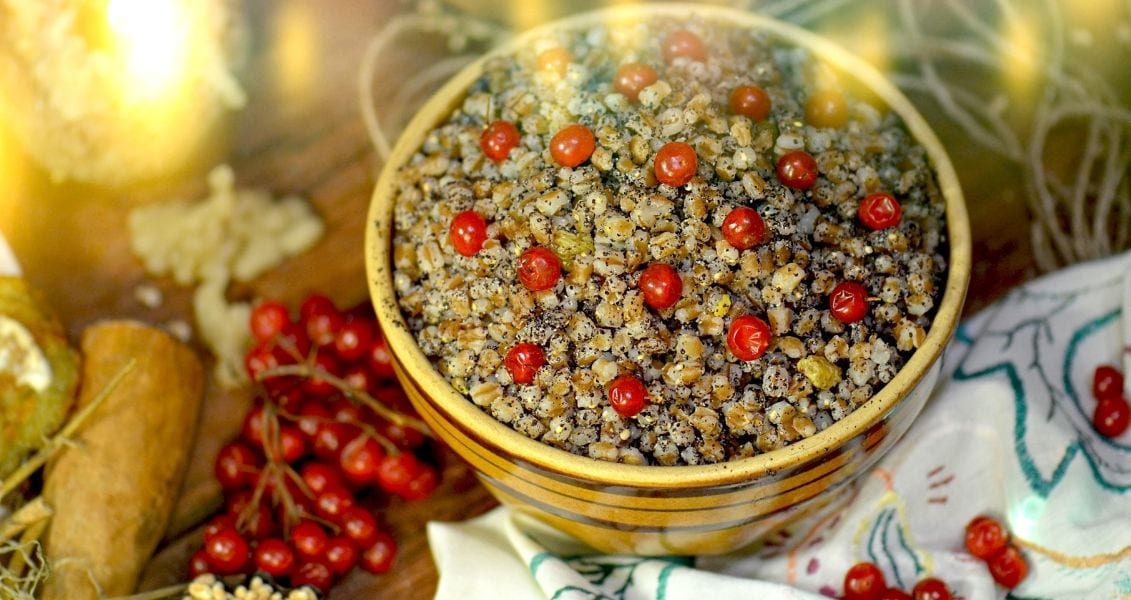