We live in a world where there have always been and always will be rich and poor, healthy and sick. Despite the fact that for everyone his personal problems and troubles are in the foreground, people have a unique inner need to selflessly help others without expecting anything in return. This kind of help is called charity, and most of us sometimes participate in it. However, there are people whose name is strongly associated with the concept of charity, and the most famous among them is Mother Teresa. To honor the memory of this outstanding personality, and to encourage as many people as possible to acts of kindness, the United Nations established International Day of Charitywhich is celebrated every year on September 5.

How did the idea of ​​celebrating the International Day of Charity come about?

The woman who was later known to the world as Mother Teresa had a different name from birth – Agnes Gonje Boyanjiu. She was born on August 26, 1910 in the city of Skopje (now the capital of Macedonia, and at that time part of the Ottoman Empire). The girl’s parents were Catholics, the mother was famous for her charity and often invited the poor to the home to share a family meal with them.

Agnes studied at the primary school at the monastery, had a beautiful voice and sang in the church choir. Every year, together with her relatives, she went to the town of Letnice to visit the local church. It was during one of these trips, at the age of 12, that the girl felt called to serve God and help the needy.

So when Agnes was barely 18, she went to Ireland to join the Sisters of Loreto, an order of Catholic missionaries. In a few months, the girl learned English and went to India to teach children there. The missionary settled in Calcutta and began working at St. Mary’s School, where girls from poor families studied. In order to teach history and geography to local students, the young teacher had to quickly master Bengali and Hindi.

In 1931, Agnes decided to become a nun, taking her first official vows and choosing a new name for herself – Teresa, in honor of Saint Teresa, the patron saint of missionaries. In 1937, the woman made a full vow, after which she received the right to be called Mother Teresa.

Teaching work brought satisfaction to Mother Tereza, she loved her students and had authority among them, and later even became the principal of the school. But the woman was increasingly struck by the poverty of the local population, besides, she witnessed hunger and bloody conflicts between Hindus and Muslims.

Finally, in 1948, Mother Teresa decided that she would leave the monastery and live among the poor of Calcutta. She changed her clothes to a white Indian sari with a blue border – as a sign of respect for local traditions, accepted Indian citizenship and founded a new order called “Missionaries of Mercy”, whose main purpose was to care for the poorest.

First of all, Mother Teresa founded an open-air school and a shelter for the terminally ill in a dilapidated house that was given to her by the municipal authorities. At first, only a small group of women – former teachers and students of St. Mary’s School – helped the benefactor. However, the ranks of helpers were quickly replenished, and donations began to arrive from all over the country.

Accordingly, the scope of Mother Teresa’s activities grew: a clinic for the poor, a home for lonely elderly people, a leprosarium, a home for the homeless, a hospice and several mobile hospitals appeared. The work of Mother Teresa was noticed by the Indian authorities and the leadership of the Vatican — in 1950, her order received canonical recognition.

Despite the fact that Mother Teresa was a faithful Catholic, she did not try to convert representatives of other faiths to Christianity – people who were in her asylums and hospices were given religious rites according to their faith. However, the woman was always an ardent opponent of abortion, the death penalty and divorce, and was often criticized for these rather unpopular views.

In 1968, Mother Teresa personally founded a charitable shelter in Rome, and in 1971 – in New York. In the same year, the Vatican awarded the woman the Pope John XXIII Peace Prize, and in 1979 she received the Nobel Peace Prize. The Government of India also highly appreciated Mother Teresa’s work, awarding her the country’s highest award in 1980.

In 1982, Mother Teresa managed to evacuate more than three dozen children from the war zone in Beirut, during the conflict between the Palestinians and the Israelis. In 1985, she gave a speech at the 40th anniversary of the UN General Assembly in New York, and also opened a shelter for people with AIDS in the city.

In the last 20 years of her life, Mother Teresa had health problems, but even they could not prevent her from helping the sick and the needy. In addition, the woman actively traveled around the world, visiting the branch of the order founded by her. Mother Teresa died on September 5, 1997. At that time, the Missionaries of Mercy organization she created had 610 branches in 123 countries of the world.

The idea of ​​celebrating Charity Day belonged to Hungarian public organizations that wanted to popularize this phenomenon and encourage the population to do charitable deeds. In 2011, the initiative was approved by the country’s government, and the day of memory of Mother Teresa of Calcutta – September 5 – was chosen for the celebration. Hungary immediately offered to establish a holiday at the international level, and in 2012 the UN General Assembly adopted a corresponding decision. Since then, the world celebrates the International Day of Charity every year on September 5.

International Day of Charity in History

Frequent Questions and answers on the International Day of Charity

When did Mother Teresa become famous outside of India?

This happened in the 1960s, thanks to Malcolm Muggeridge’s book Something Beautiful for God and the documentary film of the same name. It was then that Mother Teresa became widely known, and branches of the Missionaries of Mercy order began to open in other countries.

What nationality was Mother Teresa and what is known about her relatives?

The future philanthropist was born in an Albanian family, she had two older sisters. Her father died suddenly when the girl was 8 years old, and she never saw her mother and sisters again since she went to Ireland at the age of 18. Mother Teresa visited Albania only once – in 1991, when she opened a charity shelter in Tirana.

Did Mother Teresa ever have a crisis of faith?

Yes, like most people, Mother Teresa had moments of doubt. This is evidenced by a letter that a woman wrote to her priest in 1979 – in it she described her feeling of desolation and even doubts about the existence of God, so she asked him to mention her more often in prayers.

What is known about the miracles that were performed thanks to Mother Teresa?

In 2002, the Vatican officially recognized a miracle involving an Indian woman who, thanks to a prayer to Mother Teresa on the anniversary of her death in 1998, got rid of a dangerous tumor. In 2015, the Roman Catholic Church confirmed a second miracle — the healing of a Brazilian man from a brain infection and his coming out of a coma thanks to the prayers of family and friends addressed to Mother Teresa. These events opened the way to the canonization of the benefactor.

Where is Mother Teresa’s grave?

Saint was buried on the territory of her house in Calcutta, in which she lived for 47 years. Mother Teresa herself did not express her wishes regarding her burial place during her lifetime, so this decision was made mainly because Christian graves in cemeteries in this region of India were often vandalized.

How to celebrate the International Day of Charity?

Anyone can participate in this event, because the charities welcome any contribution – both very significant and small. The most common types of charity in Ukraine are donations through special online resources, direct cash assistance to the needy, donations to churches and deduction of interest for charity from wages.

Of course, if it is not possible to donate money, you should not create financial difficulties for yourself – in this case, you can share your time and attention with those who need it. In addition, not all people trust charitable foundations, because they do not consider them transparent enough — for example, more than 20% of Ukrainians do. Therefore, on September 5, these citizens can organize their own charity fundraising event, because there are many people who need them in our country – they are patients of psychiatric dispensaries and residents of homes for the elderly, homeless citizens, people with particularly serious illnesses, children in need expensive treatment abroad, shelters for animals — and this is far from a complete list.

This event raises people’s awareness of various situations and problems that need to be solved – often they are urgent and vital. At the same time, everyone can choose for himself the direction that finds the strongest response in his soul — for someone, it is helping homeless animals, someone is most concerned about the health of children, and someone is disturbed by environmental problems.

In Ukraine, the International Day of Charity is of special importance – according to statistics, almost half of our fellow citizens spend an amount less than the established subsistence minimum, that is, they live below the poverty line, but at the same time, 70% of Ukrainians donate money to charity at least once a year. This fact proves that material well-being is a very relative concept, and there will always be someone more needy with whom one should share one’s resources.

After all, charity helps us live more consciously and feel useful, and the emotions that arise in the process of generosity can improve our relationships with loved ones, strengthen immunity and delay aging. However, we always perceive charity as a selfless activity that makes our life a little kinder and fairer, that is, brings each person closer to the dream of changing the world for the better.

When will we celebrate the International Day of Charity?? 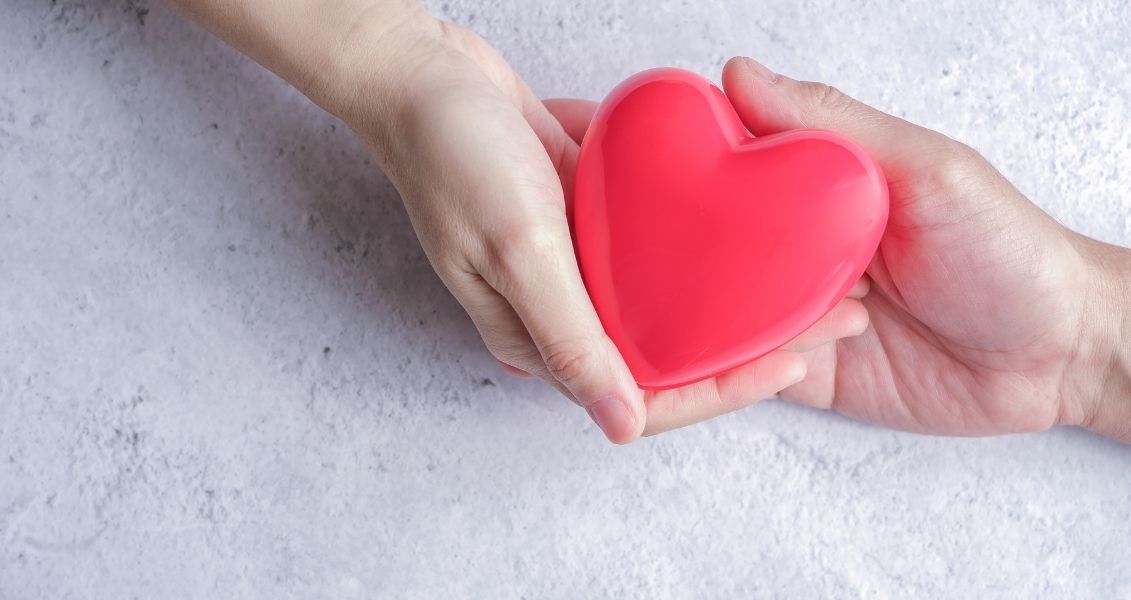