Feast of Prophet Elijah, Day of Prophet Elijah, Day of Elijah, Prophet Elijah – these are different names for the same holiday, which is celebrated every year on August 2 by Orthodox believers all over the world. On this day, the Orthodox Church honors the memory of the saint, who is considered the most respected Old Testament prophet. His life was completely devoted to God, thanks to which he won the mercy of the Almighty. The prophet performed many miracles, and he also called the people to repentance and following God’s path, but he was not always heard, he did not find respect from people during his life.

All holidays and events for August 2

How did the idea to celebrate Prophet Elijah’s Day come about?

The day of Prophet Elijah began to be celebrated at the beginning of Christian history. The first Christians honored this holiday and sincerely sought to imitate the actions of this faithful servant of God. The pious and pious life of the prophet, sent to bring the message to the people of God, was full of many miracles. His prophecies came true, the sick were healed after his words, and the dead rose from their graves, natural phenomena obeyed him (rain, thunderstorm, fire). What kind of prophet was this?

The future prophet was born in Thesfia Gilead in Palestine almost 1000 years before the birth of Christ. The parents named their son Ilya, because the name means “power of God.” And it was this power that the prophet was filled with all his life. As a child, the boy devoted himself to the service of the Almighty. He lived in the desert, fasted and prayed a lot. When Elijah came of age, King Ahab was on the throne of Israel. He was an impious man who himself bowed to idols and taught his people to do so. So was his wife Jezebel, who dishonored God with her actions. This greatly outraged the pious people who refused to worship Baal. However, exposing the sins of royal persons in those days was very dangerous. You could easily pay with your head for your courage. However, Elijah was not afraid to speak his reproaches before powerful kings, because he was a servant of Almighty God.

At the Lord’s command, the prophet went to King Ahab and announced that because of the lawlessness of the royal family and the entire nation, the earth would not see rain or dew. It was possible to return the rain only through national repentance following Elijah’s prayer. The prophet’s words came true, a long drought began in Israel, which led to famine. God ordered his servant to settle near a stream where crows would fly and bring him food.

The Widow of Zarephath

Eventually, the stream near which the prophet lived dried up completely, and by God’s command he went to Sarepta of Sidon. In this pagan city lived a widow with her son. She was to be generous and prepare food for Elijah from her last supplies, for which the prophet promised that water, oil and flour in her house would not run out until the moment God sent rain on the drought-weary land.

The woman listened to the words of the prophet and during the entire period of drought there were food in her house for cooking, as Elijah had promised. A little later, the widow’s son died, she turned to the prophet to revive him. Ilya prayed over the young man and he resurrected.

More than three years have passed since the drought began. Ilya again came to the king and said that God will send rain as soon as all the people know him. For this, he offered to make two sacrifices on Mount Carmel – one sacrifice to Baal, the second to the true God. Which sacrifice burns itself, without fire, means that god is alive and real.

The prophets of Baal danced for a long time before the sacrifice to their god, they tore their hair, shouted, some even tried to silently light the fire. However, Ilya was constantly vigilant and did not allow the pagan priests to deceive the people.

When the time came to offer a sacrifice to the living God, Ilya dug a ditch around the altar and ordered to generously water the sacrifice with water, so that the entire ditch was filled. Then, after a short silent prayer, fire came down from heaven and completely consumed the victim, as well as drying up the moat of water. This event forced the people to know the true God and repent.

Immediately after the sacrifice, Elijah went to the mountain and began to ask God to send rain. At first, the prophet’s servant saw a small cloud in the sky, but Elijah continued to pray until a downpour fell on dry land.

Despite all the miracles of the prophet, Queen Jezebel continued to persecute him with the desire to destroy him. After the failure of the Baal priests, the prophet ordered the people to destroy them. At that moment, the man who was not afraid of the drought, the king and the wicked people, who commanded the fire to come down from the sky and the rain to fall on the dry land, was afraid for a moment. Fearing for his life, he hid from the queen in the desert. He thought that only he remained faithful to God. But despite Elijah’s display of weakness and unbelief, the Lord did not abandon his servant and showed him his presence in a still wind and assured him that in Israel 7,000 people did not bow their heads to Baal. God also said that he chose from this number a new prophet whom Elijah was to anoint for service.

The prophet of God did as the Lord commanded him and made Elisha his disciple. After some time, God sent a fiery chariot and took his faithful servant in front of Elisha. The spirit of zeal and service that was on Elijah rested on the young prophet. On icons, Elijah is often depicted as he ascends to heaven on a chariot of fire, to which winged horses are harnessed.

How to celebrate Prophet Elijah Day?

Our ancestors always honored the feast of the Prophet Elijah and carefully observed all its traditions. Also, it has always been associated with agriculture. For example, on August 2, on the day of the Prophet Ilya, people celebrated the end of the harvest, the first sheaves were placed in the barns, which were supposed to contribute to a good harvest.

Customs followed by the Slavs

Signs on the day of the Prophet Elijah

When we will to celebrate Prophet Elijah Day? 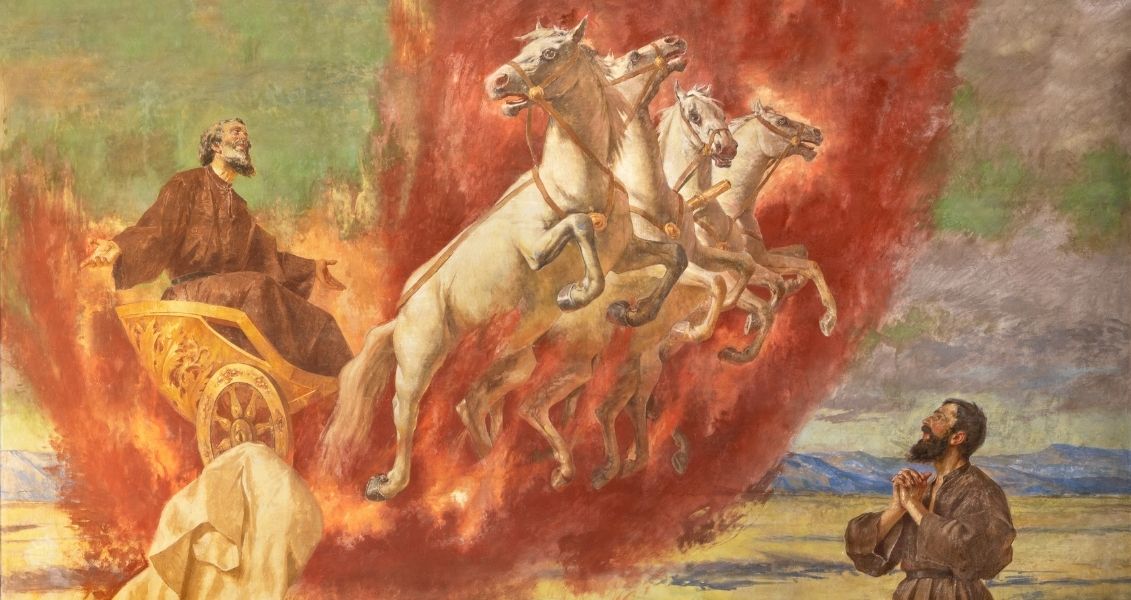 National Roof Over Your Head Day in 2022