The influence of Greek civilization on the modern world, especially the Western world, cannot be overestimated:

In Greek policies in the V-VI centuries. the form of government that is considered the most acceptable in open societies arose for the first time, – democracy. At the same time, only free citizens of the polis had the right (or rather the duty) to participate in state administration. Slaves, foreigners and women were deprived of civil rights.

Word has reached us since those times idiot (ἰδιώτης) – “private person”, this was the name given to people who lived apart from public life and had no desire to join one or another form of government.

The inheritance of ancient traditions is recorded in Greek electoral law, where voting is defined as a duty, not a right. However, no sanctions are applied to violators.

In 2002, Greece joined the Eurozone, and before that used a currency whose name has a thousand-year history: drachma, as a monetary unit of exchange, appeared in the 7th century at the latest. B.C.

Self-name of the Greeks – Hellenesand they call their country Hellas.

The modern blue and white flag of Greece was approved very recently – in 1978, but in the upper left corner it contains the first flag of Greece after gaining independence – a white cross on a blue background.

Regarding the 9 stripes on the flag, there are different interpretations: they can symbolize the 9 letters in the word “Ελευθερία” (“freedom”), the 9 syllables of the national motto of Greece – “Ε-ΛΕΥ-ΘΕ-ΡΙ-Α Ή ΘΑ-ΝΑ-ΤΟΣ” (” Freedom or death”) or the number of muses – patrons of the arts and sciences.

The basis of the anthem of Greece was the poem “Hymn of Freedom” by Dionysis Solomos, which consists of 158 quatrains. In 1865, the first 24 of them were declared the official anthem of Greece, but usually only the first two are performed. The same work is also the national anthem of Cyprus.

After the fall of Constantinople in 1453, the Greek lands were part of the Ottoman Empire for almost four centuries. At the same time, part of the Greek elite integrated into Ottoman society. They got their name from the Fanar quarter in Istanbul – Phanariots. Representatives of well-known families of the Greek aristocracy (Ypsilanti, Kantakouzyna, Karaja) held high positions in the Turkish administration. Their power in Greece was abolished after the national liberation war of 1821-29.

Greece regained its independence in 1830. Citizens of other countries also took part in the war on the side of the Greeks.

So, the English poet is considered the national hero of Greece Byron. The city is named after him Viron (Greek form of the English Byron), which is part of the Athenian agglomeration. Viron is also a common name among Greek boys.

In turn, a huge number of popular European and Ukrainian names are of Greek origin:

Everyone from school knows the Greek letters “alpha”, “beta”, “gamma”, “delta”, etc. The Greek alphabet was formed around the 9th-8th centuries. B.C. and became the first to contain both consonants and vowels. In mathematics, physics and astronomy, Greek letters are used as symbols.

It is believed that the first map of the Earth (or, more precisely, the lands known to the Greeks) was drawn up by the philosopher Anaximander of Miletus. He invented it gnomon – an astronomical instrument for measuring time.

Most of the territory of Greece (almost 80%) is occupied by mountains of medium height. The highest of them is legendary Olymp (height – 2917 m).

Greece is a country with a huge number of islands, the exact number of which depends on what exactly is considered an island. The Greek archipelago consists of 1,200 to 6,000 islands, including rocks. Most of them are the secret dream of hermits, since no one lives on them. Human settlements are located on approximately two hundred islands, while only 78 of them have more than 100 people.

The largest Greek island Crete in terms of area (8,336 sq. km), it is slightly larger than Chernivtsi region.

Santorini – an active volcano on the island of Thira, the eruption of which 3500 years ago led to the destruction of the Minoan civilization of Crete. The eruption caused a huge tsunami with a height of up to 100 m. It is assumed that this event formed the basis of the legends about Atlantis.

Island Lesvos became famous thanks to the poetess Sapphowhich was the first in the history of literature to sing about love between women.

And here is the island Rhodes known for his “The valley of butterflies» is a small canyon that is home to approximately 100 species of butterflies, including extremely rare ones.

The continental part of Greece and its numerous islands are washed by four seas: the Mediterranean, the Aegean, the Ionian, and the Libyan. But the Cretan Sea is also separated from the Aegean, that is, the statement about five seas will also be true.

Eastern part Peloponnese it is washed by the Aegean Sea, the western by the Ionian, and in the northeast of the peninsula these seas were separated by only 6 km of land – the so-called Isthmus of Corinth. In ancient times, to reduce time, the Greeks dragged their ships from one sea to another with this tow.

But even then there were attempts to make the path entirely water: the Corinthian tyrant Periander in the 7th century BC. began work on the construction of the canal, but stopped it due to fears about the possible flooding of the land; already in 67 AD, the Roman emperor Nero made another attempt to dig a canal, but he was prevented by a rebellion in Rome; the attempts of the Byzantines and Venetians were also unsuccessful.

And only in 1882, under the leadership of the architects who designed the Panama Canal (István Türr and Bele Gerster), construction work began Corinth Canal, which were brought to a logical conclusion: in 1893, the Peloponnese de facto became an island, after the waters of the Aegean and Ionian seas met. Thanks to this, the path for ships was shortened by 400 km.

The Greek merchant fleet is the largest in the world, Greek ships account for 21% of the world’s tonnage.

Greece also takes leading positions among producers of other goods and services:

Tourists from all over the world are attracted by the sights of history and architecture, culinary dishes and culture of Greece.

There are 18 sites from the UNESCO World Heritage List in Greece: the Acropolis of Athens, Mount Athos, the ruins of the city of Delphi, the island of Delos, etc.

The Athens Metro is one of the oldest in the world: the first line was laid in 1869, but the first tunnel section was opened only in 1895. The subway in Athens is not only a convenient form of public transport, but also an underground museum: in the lobbies of some stations, archaeological finds made during the construction of the subway are displayed.

Traditional Greek cheese feta produced from sheep and goat milk. It can be stored in brine for a very long time.

Metaxa – the most famous Greek alcoholic drink. This brandy is made by distilling white and red wine.

Author of the most famous Greek dance in the world “gray» is an American actor Anthony Quinn. On the set of the film “Zorba the Greek” he injured his leg, so he could not lift it. But the resourceful Queen found a simple solution to the situation – he began to drag his foot on the sand, explaining to the director that the local Cretan residents had taught him such a dance. Such circumstances explained the appearance of “sirtaki” Queen, but there is an opinion that he was simply too lazy to learn choreography and he simply perfectly embodied improvisation on the set. Be that as it may, the Greeks liked the dance and it became a national treasure of the country.

Greece is the birthplace of the biggest sports competitions of our time. The first Olympic Games after their revival took place in 1896 in Athens. At the same time, the first reliably established references to the religious and sports holiday of the ancient Greeks date back to 776 BC. But it is obvious that the games were held before.

If a sacred truce was established during the Olympic Games, football matches in Greece resemble military operations. It is not for nothing that the most principled football derby between the Olympiakos and Panathinaikos clubs is called “The mother of all battles“.

The Greeks carried out three waves of colonization of the Northern Black Sea region, that is, the lands of modern Ukraine: in ancient times, during the existence of the Byzantine Empire, and during the Russo-Turkish wars at the end of the 19th century.

The appearance of Crimean toponyms on the coast of the Sea of ​​Azov is connected with the third wave of colonization – Yalta, Urzuf (Hurzuf). These settlements were founded by Greek immigrants from the Crimea.

A famous painter and teacher was born in Mariupol in the family of a Greek cobbler Arkhip Kuindzhi.

Founder of Kharkiv University Vasyl Karazin considered himself an ethnic Serb, but his last name comes from the Greek aristocratic family of the Karajis. 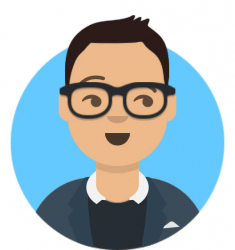 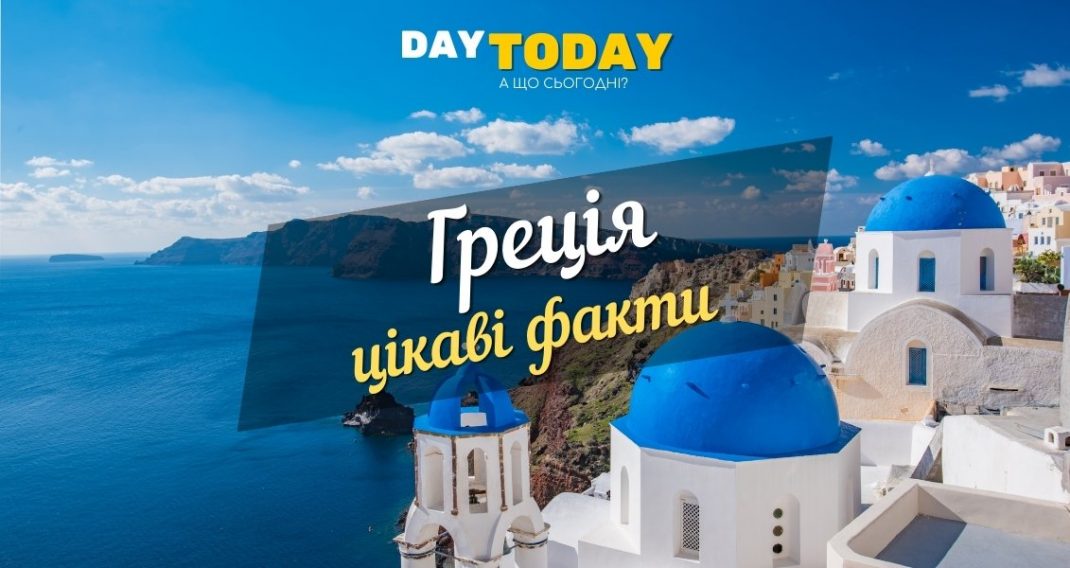