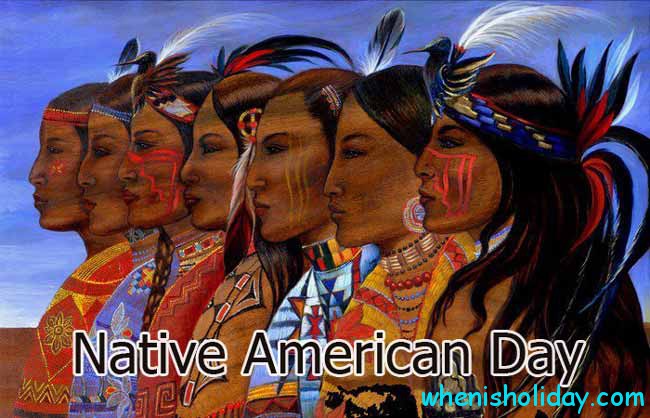 Columbus Day, celebrated in October across the United States, is a federal holiday and quite a popular one. Yet with time, the citizens come to think that it doesn’t feel right to praise the man and the event that brought so much of the sufferings and cruelty towards the indigenous people which are now the equal (and significant) part of the American population.

Therefore, some states turn away from the conqueror’s celebration and instead choose to honor those who stood the terrible ordeals and interwove their share with the modern US culture. When is National Native American Day in 2021? Let’s sort it out point by point!

Before the Europeans discovered and then invaded the North America, the Indian nationalities inhabited all of the American lands. The pueblo tribes lived in the south-western territories and were busy with the maize and beans farming. Their neighbors, called the Apache, were deep into the hunting and agriculture. The east of the land was occupied by the Iroquois – rather a warlike tribe, encircling their homes with the palisade. Those who lived near the ocean were engaged in the fishing and workmanship, producing the ceramics and baskets and the wood carved items. All in all, the first Americans resided peacefully and solitarily in their own corner unknown to the rest of the world.

The colonization stopped the time history of the Indian population. Myriads of the locals were killed by the invaders; lots of the tribes were forcibly resettled to the reservations. Thus, according to the US government act, the original inhabitants of the Atlantic coast were deported to Oklahoma state where they were greeted with the famine and epidemic. The number of the indigenous folks declined to two hundred thousand of them at the beginning of the 20th century, from the pre-colonized four million!

The European colonizers didn’t consider the “savages” way of life. They were sure in their full right to occupy the Indian lands. Columbus’s discovery turned the dominating nation into the oppressed one protracting the bloody wars and clashes between the natives and the whites for years to come.

The state of South Dakota is the one that the modern Americans owe to for having the reason to think of their predecessors. In the end of the 80’s, the governor announced and fixed in the state’s legislature that Columbus Day would be replaced with the observance honoring the first Americans, making up 10% of the SD’s population. Since then, the annual festivities near the Crazy Horse memorial – a mountain carving dedicated to the much-respected head of the Oglala Lakota tribe – draw lots of the locals to pay tribute to the innocent people perished in the massacres and learn more about their culture, traditions, and mode of life.

The South Dakota is the only state that officially repudiates Columbus holiday. Yet more and more communities share its decision proclaiming the local observances in honor of indigenous tribes. Perhaps, after a while, the whole America will know, when is International Native American Day 2021.

What does Native American Day mean? It means celebrating and honoring the culture and contribution of the Native American people and commemorating the loss they bore in building the modern country.

They made a decent impact on the world culture and development. Traditions of the ancient sculpture, architecture and mural painting are the essential part of the today’s American art. They played an important role in bringing the new words to the English language – the place names, the herbs unknown to Europe, the fish and birds, certain expressions and the like. The Indians partook in building the modern nation of the US giving their skills, knowledge, and labor. They did much in American revolutionary War demonstrating the outstanding fortitude and bravery.

The rich living and artistic culture of the first Americans made a huge contribution. Having been the good farmers, they gave the world the crops such as the maize, potato, tomato, sunflower, pepper, groundnut, vegetable marrow, and cacao and taught the outsiders to grow and smoke tobacco. The ancient totem animals and the mythological creatures are depicted on the symbols of many states. The natives bred the livestock, including the turkey and guinea pigs. They tamed the macaw and used the llamas and alpacas as the pack animals and introduced some breeds of the dog to the world.

The North American Indians were the source of the inspiration for the European literature and cinema. Regardless of what day Native American Day in 2021 falls on, their legacy is always remembered of.

The Indians is the universal term for the indigenous tribes of America. The name came from the misconception of the European navigators who thought that they discovered India.

In spite of the previous grievous years of the oppression, nowadays in the US, the Indians are still one of the most “suffering” parts. Although their population increase is higher than that of the others nations, there is also a high death rate, poor living conditions, insufficient medical care and the like.

The majority of the Indians don’t live separately anymore. They work next to the other people in the mines, plantations, and farms. On top of that, there’s a small stratum of the intellectuals. Those who still inhabit the reservations are actively engaged in the commodity relations. 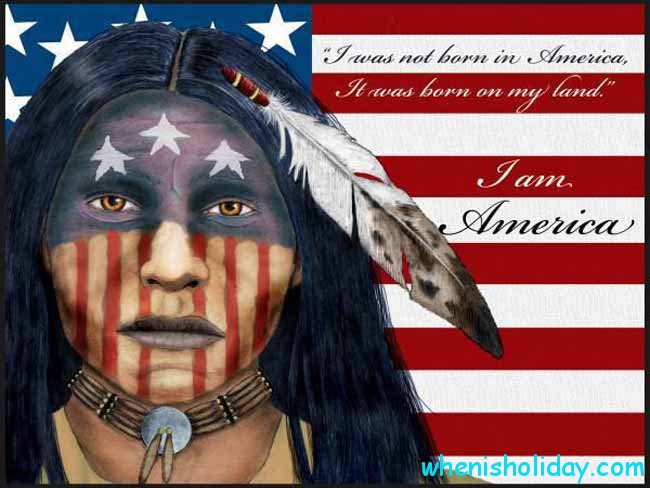 Officially, the US counts around five millions of Native Americans, most of whom live in the states of California, Oklahoma, and Arizona while Los Angeles is the most Indian-populated city. There are about five hundred and sixty-five tribes that are recognized by the government. They have the right to form their own authorities, adopt the laws (those of the state don’t apply to them) and set the taxes. The average age of the Indian is thirty years old while the other citizens are around thirty-seven years old. It is known that the indigenous people’s families have more children than on the average

The unemployment among them makes up 39% which is five times higher than in the whole country. About a quarter of the families live below the poverty line. Diabetes, pneumonia, flu, and alcoholism take away two times more of the lives among the Indians than among the other folks of the US. Despite the fact that they have the privileges in entering the universities and the education itself is free of charge only 16% of the natives have the higher education while on the average it’s 28%.

What is the date of Native American Day 2021? In South Dakota, it takes place on the second Monday of October. Thus for that year, it falls on October 12.

While the South Dakota holds the annual gatherings at the Crazy Horse memorial, the other communities are engaged in staging the performances featuring the traditional Native American dances, songs, arts, and rituals.

The schools and colleges encourage the themed contests and displays and conduct the lessons dedicated to the history of the old and modern first Americans.

Carve a space on your calendar, when is Native American Day in 2021, and spend this day learning more about those first inhabitants of the US lands.

When is National Burger Day 2019