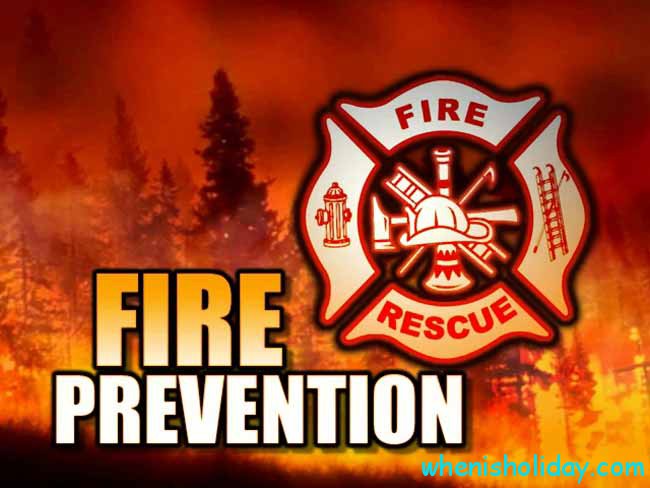 Fire is one of the greatest disasters on the Earth. It can destroy lots of territories and areas. Every country has its own establishment which is to prevent the disastrous harm of the accident. The importance of this service can’t be overestimated. It is worth to be recognized by all the humanity. Many decades ago the US President made his own proclamation which became a starting point for the whole week dedicated to this service. This week falls on the concrete period in October eliciting the only date for commemorating the contribution made by firemen. When is National Fire Prevention Day in 2022?

The date is nowadays observed in Canada and the USA. The celebrations are held during several days. The first observations were held in 1925. It was the year when the President of the United States of America decided to proclaim Fire Prevention Week. Its sponsor has always been the National Association of Fire Protection.

The Association was initiated in 1896 in the USA. The group wasn’t made for protecting people from fire and its harm. It was supposed to standardize the market of systems of fire sprinkler. It also developed various electric systems in building.

The week was initiated on the 9th of October in 1911. It was decided to commemorate people who died in during the great Chicago fire. It took away lives of more than 250 people. The process of its stopping took 27 hours. The number of destroyed buildings was enormous. It reached more than 17 thousand buildings.

What does Fire Prevention Day mean for the professional who deal with fire accidents and ordinary people? People don’t usually remember about these professionals until there is a fire. Fire-men are the people who are called only when there is a disaster.

The date is set to raise people’s awareness and knowledge about this kind of service. Fire-men have severe conditions of work. They are very dedicated persons. Their work has to be recognized every time, but not only at the moment of an accident.

The day is also to recognize the most awful fires in the history of the country. It doesn’t matter what the reasons were. The courageous firemen and people who helped to deal with fire are to be given gratitude.

The importance of the event is so valuable that there are many slogans of the holiday. It also has got its own symbol, a dotted dog. The day is also used for promotion goal. The main thing which is usually promoted is fire-safety and fire-prevention materials.

It is important to honour the courage of these servicemen. The day leads a great educative aim. Children are to understand the danger of such accidents and the great role of firemen. When is International Fire Prevention Day 2022? It’s on the 9th of October.

The name of the holiday is internationally accepted. It is very clear for every person. The problem of prevention fire accidents is obvious. The date doesn’t need any explanations for itself. It contains the definition in itself. The direct translations are also available.

The parts of the title are clear to every native person. It is understandable for every little child. He may need an explanation only for word “prevention”. The meaning of the name has to be explained from early childhood.

The word “fire” appeared before the 10th century. It has got lots meanings and definitions in the English dictionaries.

It can be defined as the process of burning and the mass which is burning. People also use fire for the process of cooking. It’s also an appearance which is luminous. The term is often used to modifier the human feeling. It may concern fury and love, passion and imagination.

The term “prevention” is defined as keeping from occurring. People also use the word for stop from making certain acts. It has its origin in Latin. The modern variant of the word was noticed in the 14th century. What is the date of Fire Prevention Day 2022? The observance annually takes place on the 9th of October.

Every state has its own ways of observing the occasion. Fire departments provide a wide range of educational programs across the whole countries. Schools and colleges are proposed to provide lectures. Real firemen meet the audience and have a talk with them giving information about fire prevention and the ways to save from the disaster. Lecturers also propose children to take part in small contests concerning the history of the day. 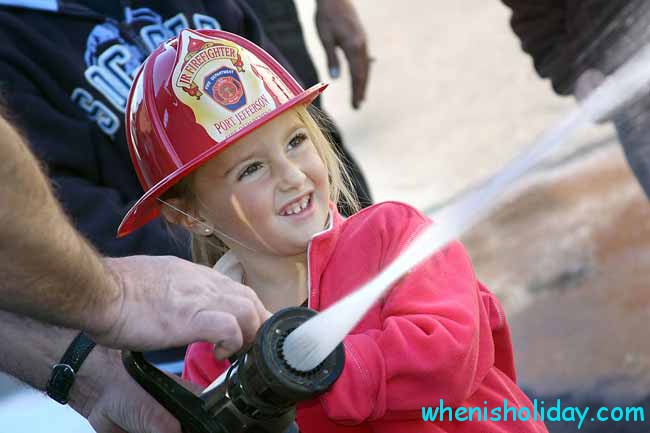 Adults and children are proposed to visit fire departments. Many volunteer groups prepare lecturers for local universities and schools. The equipment is also held to school. This action is supposed to raise the children’s interest to the profession of a fireman. The stories are to prevent many accidents at home and outdoors. The children are usually taught how to behave if there is a fire accident.

Some department prepares special exhibitions to promote the importance of fire prevention. One of the most interesting traditions is to make a fire engine ride. This is a great chance to attract the people’s attention and to promote different materials and equipment. Interaction with the audience gives a great opportunity to involve people into the procedure of recognition. If you want to participate in this festival, you should get its schedule “When is Fire Prevention Day in 2022, calendar of events?”