When did Daylight Saving Time Start in the United States? – That is the question, which may interesting for many people and it really doesn’t matter how old they are. As well as what is the nature of this process and are there any special advantages of this situation? Let’s try to discover the answers to them all. At the very beginning it is necessary to mention that the idea to move the clock hands belonged to the American specialist, but it was implemented in Germany. The main reasons for this important introduction were terrible wars and numerous economic crises. 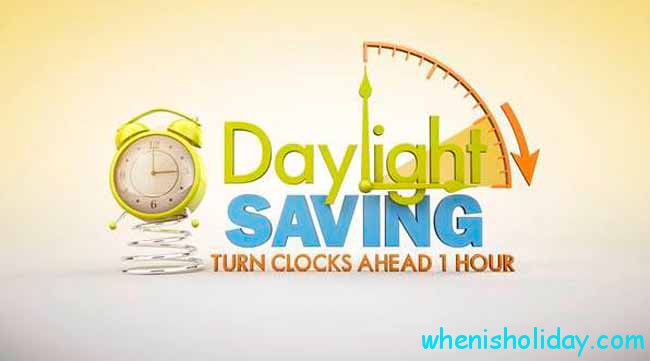 Probably, the first person, who offered the tradition to get up earlier in summer, was one of the well-known US founding fathers called Benjamin Franklin. In 1784 he was an honored ambassador in distant France and at the same time he wrote different articles for the newspaper Journal de Paris. There he published his letter in which the famous person described his impressions of the new oil lamps type. Franklin also noticed that at six o’clock in the morning of the spring day the sun filled the whole of Paris with bright light, but the majority of the citizens did not see it, because they were fast sleeping. And according to his point of view it would be rather cost-effective, if in spring all the Parisians woke up early and did not burn candles for proper working in the afternoon. Franklin came to the conclusion that if the same family didn’t use the candle for 183 nights between 20 March and 20 September, it would help to save half of candles burned throughout the calendar year. It was a bargain, wasn’t it?

But when did Daylight Saving Time Start in the US?

Looking through the history of the state, we are able to find the following information. – In 1918 it was for the very first time, when the contemporary definition of summer time was introduced in the United States of America. As to the historians opinion, it happened in accordance with the President Woodrow Wilson’s order. However, just one a few time later, lawmakers voted against the decision. And only in 1966 the relevant law was adopted throughout the country. According to the amendments, approved in the course of time, any state or American territory got the opportunity to get out of this law validity. And as a result some of them took that advantage.

In accordance with the US Congress decision, which was adopted in 2007, the contemporary daylight saving time should be changed on the 2nd March (always on Sunday) for the summer and on 1 st November (on Sunday as a rule) for winter one.

It is very interesting to mention that in the US it is recommended to move the clock hands to “winter” and “summer” time. But some states are considered to be an exception. They are Arizona and distant but so attractive Hawaii.

The situation in other countries of the world

Nowadays there are countries that do not change the time because of the religious backgrounds and reasons. They are represented by Japan, China, South Korea and the five CIS republics, which are arranged in Middle East. In these countries the locals believe that people are not so powerful to “play with time”.

Some consequences of the event

The modern specialists are sure that pure energy savings is only 0, 5%. 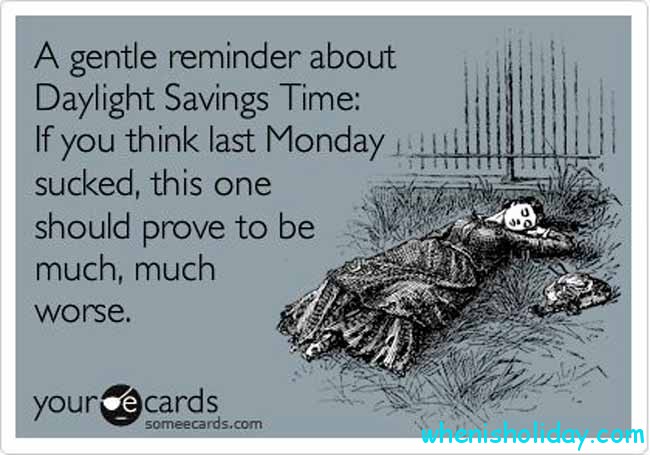 However, the real situation is the following: the consumption is not reduced, but vice versa increased, on average, at 2, 5%. Why? – The matter is that in the winter morning, when it is cool and dark, we need to switch on additionally, and summer evenings we want to use the air conditioning to get rid of annoyed heat.

But some experts are sure that this procedure has an ill-effect. They have come to the conclusion that during the first two weeks after this event is started the number of “first aid” calls grows up to 11%, and suicide attempts up to 60%.

By the way, have you ever thought that this cause may cause hereditary legal family incidents? – Imagine the twins are born with a small difference in time.

As a rule, the decision to adopt the system mentioned above was taken after any crisis beginning. This procedure was required for a total resources mobilization and was finished after the crisis ended. For example, the United States abandoned it in 1919, just immediately after the World War I ending, but they started it again in 1941, only 40 days after the massive and so severe Japanese attack on Pearl Harbor. After the war the daylight saving time was canceled. However, the decision to introduce it at the federal level appeared in 1974 again. After the ending of oil crises, like the most Western European countries, the US haven’t returned to “normal” time. Last time such a reform was carried out in 2005, when the government decided to increase the duration of summer time in two hours as a result of a significant increase in oil prices. It was done within the frames of the Energy Policy Act.