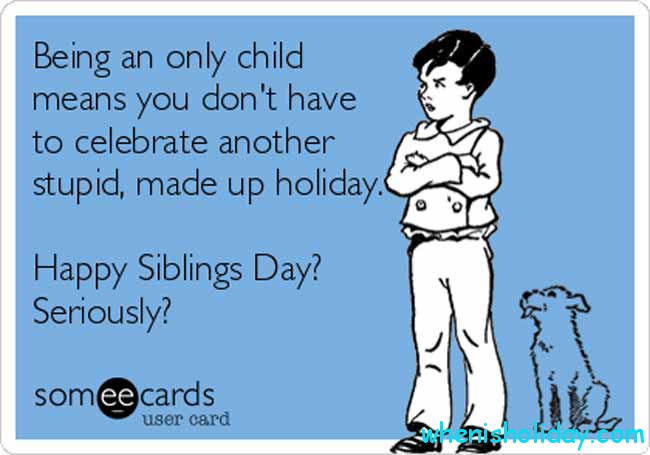 Before sending one of 15 best national Siblings Day memes that we’ve prepared for you to your brother or sister, you are ought to know some information about that day. Otherwise, what would you say in case they misinterpret the picture? Some of them describe the relationships between the siblings in a rather harsh but so true way. 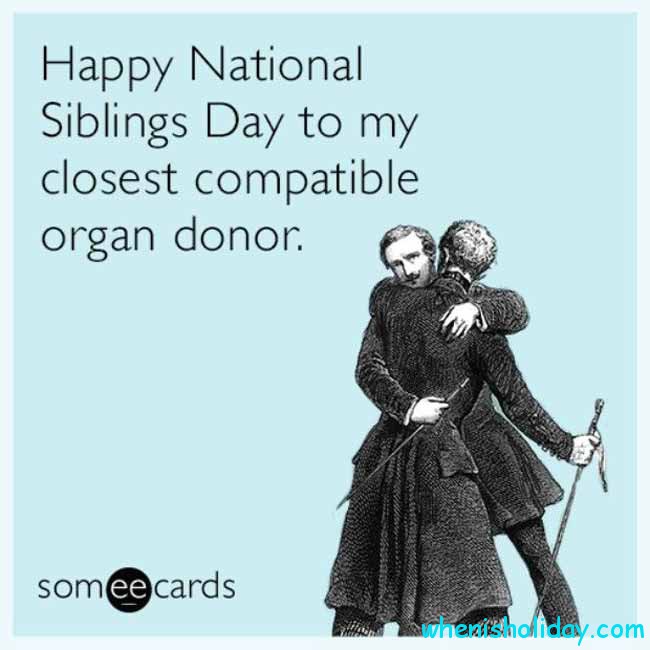 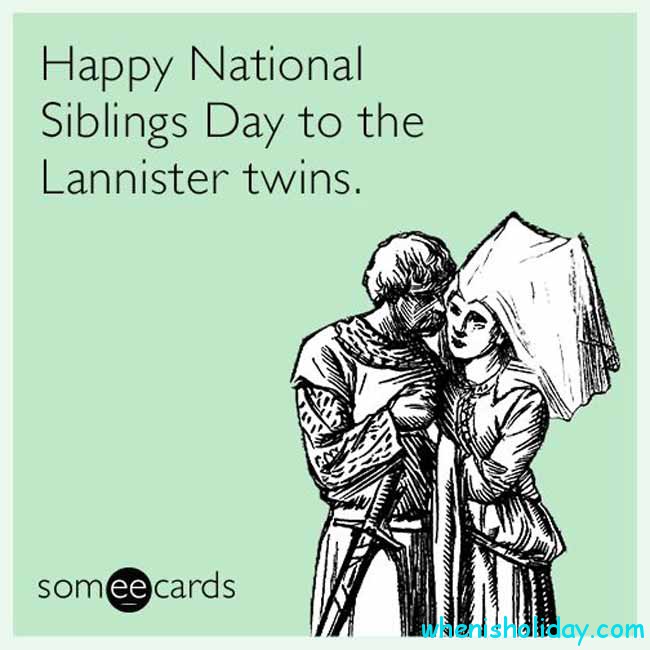 When is National Siblings Day?

Just like the well-known Mother Day, Father Day, Granny and Grandpa Days and other similar dates praising the members of the family, this one is meant for appreciating and honoring this sneaky fellow (or even fellows) you were forced to live with in one room for the long period of time. Oh, and share the toys with! 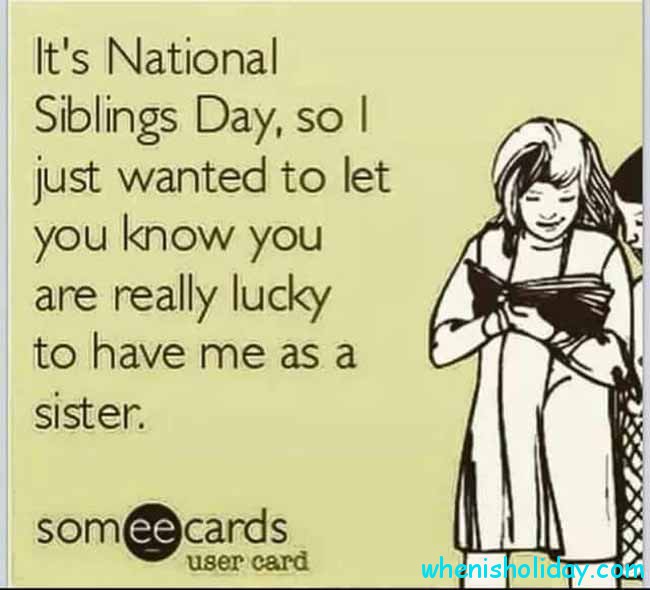 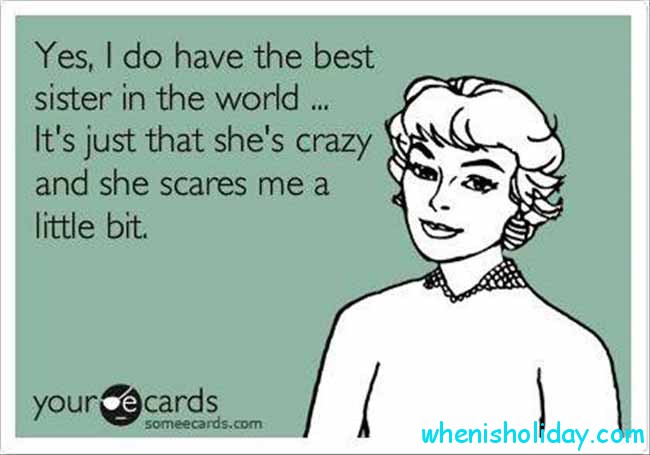 The observance came into this world at the initiative of the American woman, back in the 90’s, when she got inspired with the idea of revering the memory of her dearest brother and sister, who, alas, died many years ago. She established the special organization in support of the new holiday and went on to popularize the date all across the world. In fact, she did manage to gain the recognition: in 2005, it was mentioned during the session of the US Congress. On top of that, it got out of the motherland’s borders and now is known to at least a dozen of the European countries, each of which introduces its own local traditions of celebration. 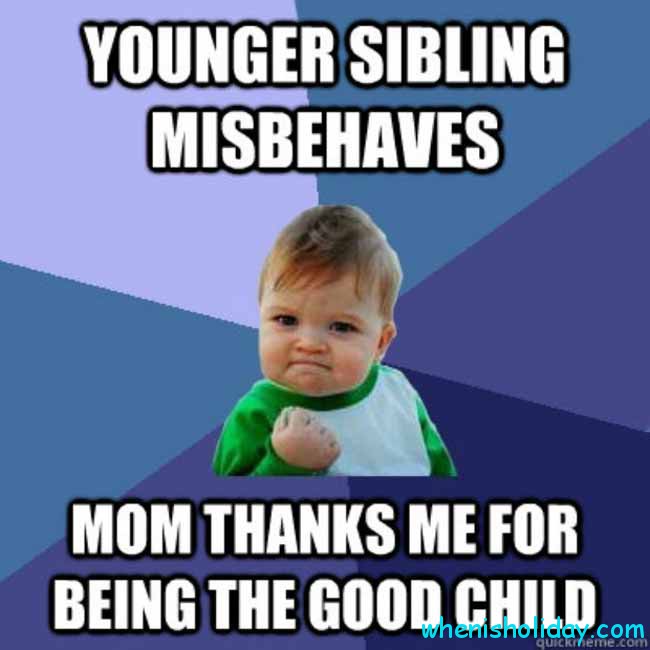 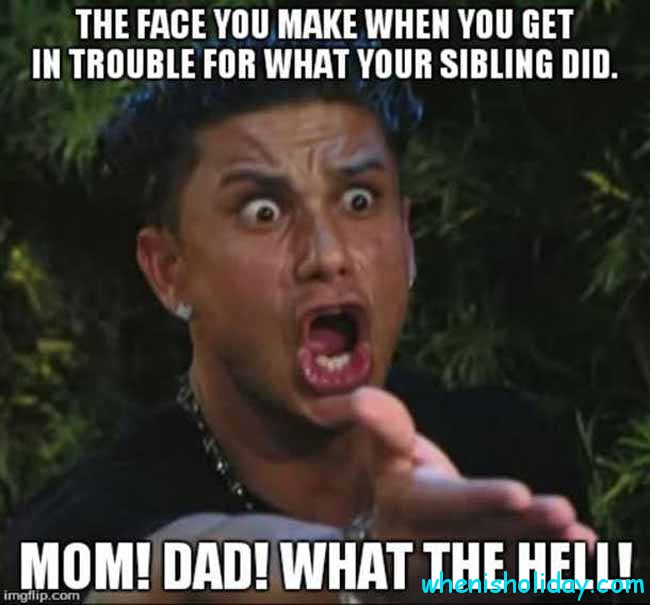 As for the date, it was chosen for a reason. April 10th turned out to be the birthday of the author’s beloved sister. How do people celebrate? Well, they exchange presents, congratulate their buddies, gather in the parents’ house for the warm family evening and, of course, send at least one funny national Siblings day meme to each other. Just to remind of the great (and not so) time they’ve spent together in the childhood.

Read more:  👖 Take Your Pants for a Walk Day in [year] 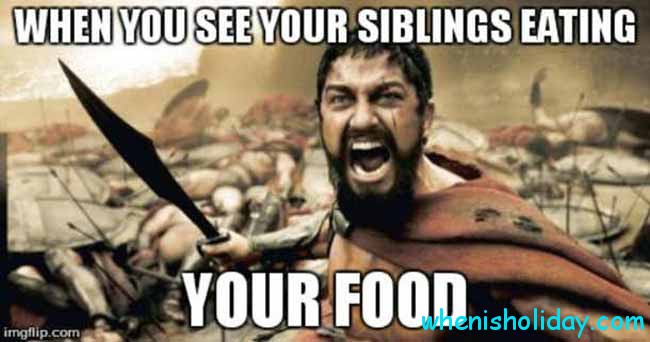 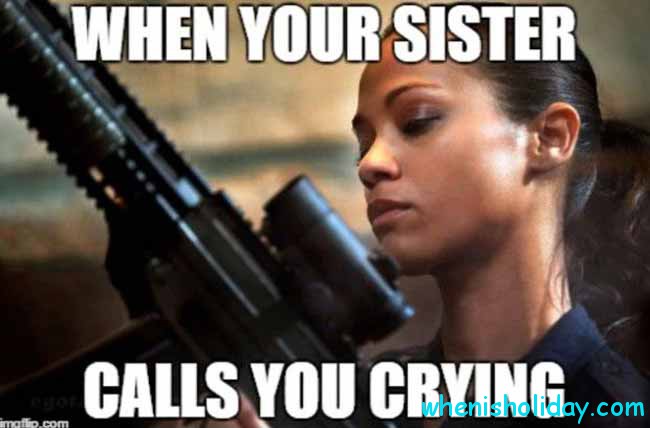 It is not that simple – having a sibling!

If you’re an older child in the family, then you must remember this bitter unfairness when you were asked to give in the little brother/sister (or monster). And if you’re the latest kid, then we bet you’ve born the grudge on why he/she was allowed everything and you weren’t. 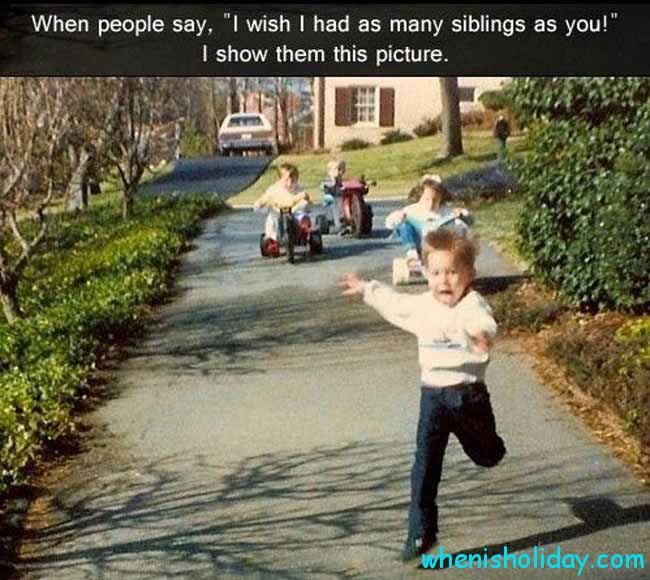 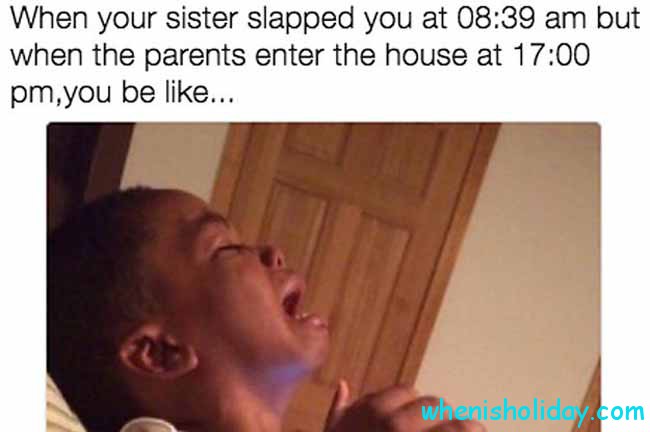 In fact, the specialists say that the siblings are rarely friends with each other in the childhood. It’s much more probable that they fiercely fight for the space, things, and attention of the parents. And that is absolutely normal. Brothers and sisters in one family are the special society with its own patterns of development, although they are quite similar for all times and places. For example, the rivalry between brothers breaking out in the juvenile age. The absolutely different personalities, they are forced to live together and be in the closer relations that just a mere friendship. No matter how hard they try, they can’t escape from each other. It’s no wonder that the conflicts happen! 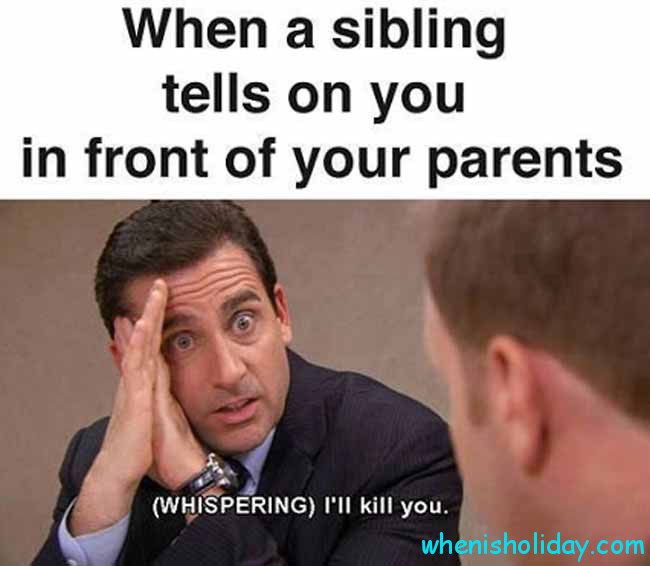 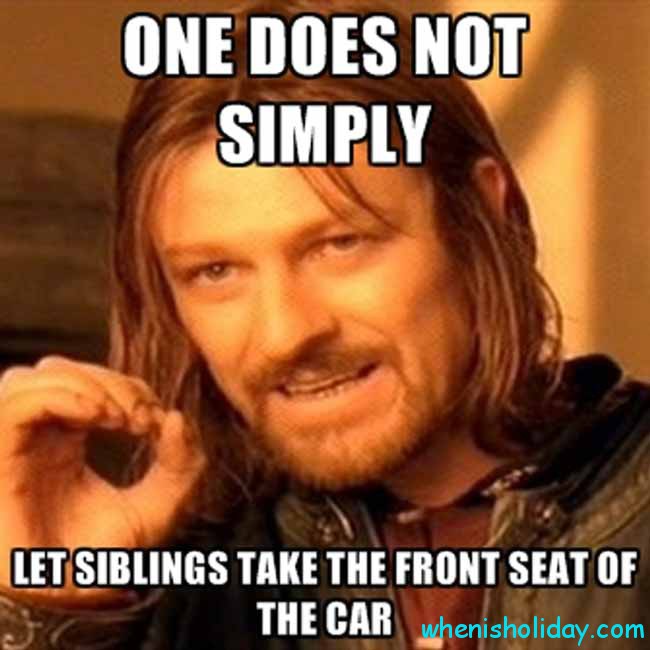 By the way, if you breathe a sigh of relief, don’t. Because the half-siblings, cousins, second cousin and the like count, too. Everyone faced the situations when the older ones drove you crazy when the parents didn’t watch. For an instant, recorded your angry complaints and then listened and laughed out loud. As for you, you must have done something like crawling to the wardrobe with the scissors in hand and cutting out the flowers of your sister’s school uniform or letting the kitties out on the street and lumping the blame onto your brother who got the lion’s share of scolding! 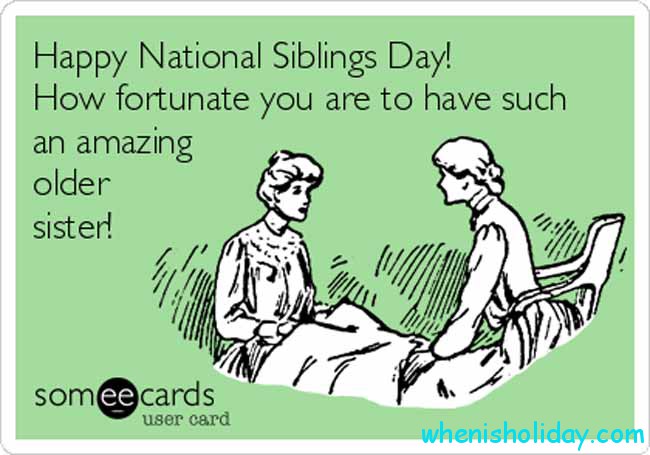 Now that you’ve learned the basics of the holiday and decided on the persons you’ll gladden with the text, choose the best national Sibling Day meme that describes the childhood affairs with your fellows. And don’t forget to leave the remarkable caption like “XOXO, mom’s favorite kid”. 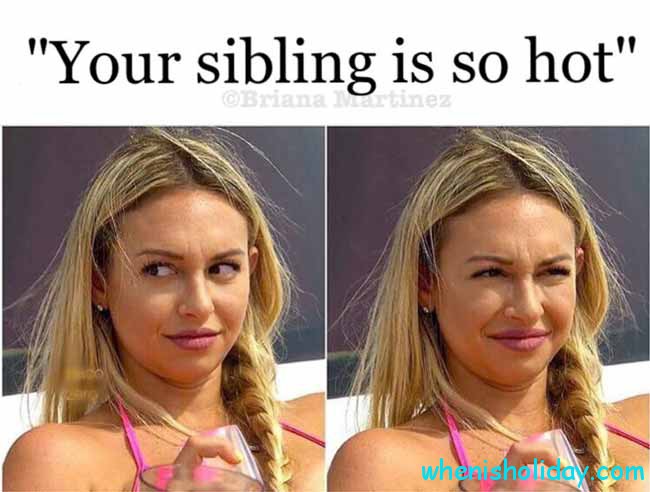 When is West Virginia Day 2019