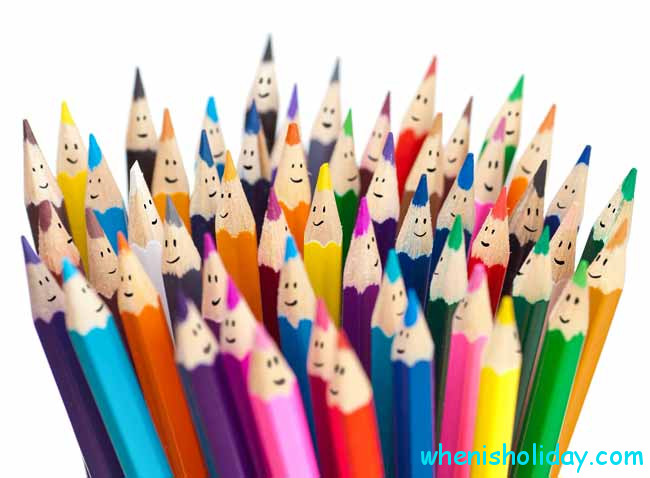 When is National Pencil Day in 2020? – This question sounds rather amazing, however, only a few people are ready to answer it without any prompts given in the Internet or introduced by us. Why? – The matter is that most part of contemporary men and women has never heard about this special occasion existence. We have found this situation to be an unfair one, as pencil is an item, which is considered to be a rather important item both among the children and among the adults. Today we are going to discover the situation in details. Are you with us?

Discovering the matter what day World Pencil Day in 2020 is, we would like to tell our readers as much amazing information as it is possible. As it often happens, the revolution in the sphere of contemporary writing supplies occurred quite occasionally. A long time ago, in 1564 to be more exact, in Borrowsdale, which is the modest town of the English county of Cumbria, a storm broke down some trees, and the locals played attention to unusual stones arranged under the roots.

These items were completely black and totally soft. It left traces on various surfaces. The popularity of the stone, which was called by local like “black lead”, or plumbago (Latin “lead-like”), soon spread far away the county borders: the shepherds used them to mark the sheep, the artists inserted those pieces of “lead” into wooden cases and applied for sophisticated drawing and ordinary writing.

Even today the English word “lead” is used for pencil lead today. In the dictionary you can see the following definition: “graphite is a special kind of fossil from which the so-called lead pencil is usually made. However, we can’t but mention that in its turn the very Russian word “karandash” originated from the Turkic “kara” – black, “dash” – a rock). The famous nowadays fact that the “black lead” is nothing but a crystalline carbon variety, was represented by the talented Swedish chemist called Carl Scheele. It happened in 1779. After that, for about ten years later the German geologist Abraham Werner gave him the common used name “graphite”, which was taken not occasionally. – It comes from the Greek phrase, “I write”.

What does National Pencil Day mean? Frankly speaking, it is only up to you to decide whether to pay attention to this holiday or to forget completely about its existence. Whatever variant you choose, we think you will agree that this object has played an important role in our life.

Over the last centuries, several generations of writing tools have changed. Instead of goose feathers fountain pens came, then ball-point pens followed them. However, the construction of another pencil tool proved to be so ingeniously simple that it almost unchanged from the Middle Ages to our days. By the way, in accordance with some specialists’ points of view, this situation most probably will last for more than one century.

You see, not everybody knows, that in ancient times, those people who had to take notes, used rods of lead or its alloy with tin. On the parchment or paper this soft metal left a hardly visible light gray trace, which could be erased with a crumb. They painted both coal and black clay slate, but, of course, the convenience of such written adaptations left much to be desired.

Investigating the question “When is International Pencil Day 2020?” we are going to introduce some interesting facts.

When is Pencil Day in 2020, calendar will surely remind you. And in fact there are no serious reasons for being worried about. The date is fixed and it means that the special occasion is celebrated on March 30 every year. You can join any moment you like or would love to. 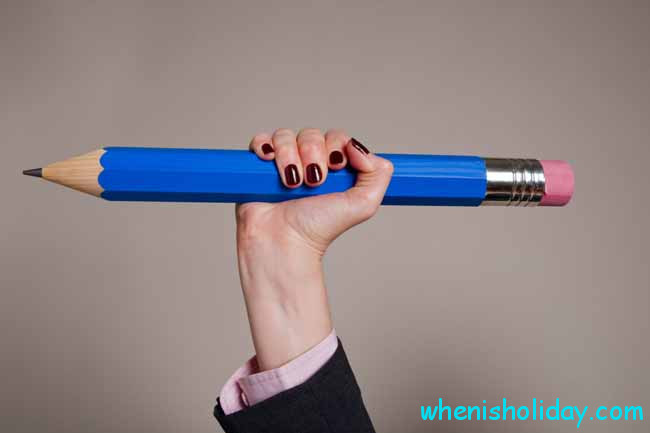 Of course, this holiday is not an official one that is why we shouldn’t expect for any events organized on the state level. However, it is not a serious trouble for people with a perfect imagination level.

Try to devote your March 30 to this item. Draw something, organize a real contest in drawing among your friends, relatives or even colleagues from work.

So you have already known that the answer to the question “What is the date of National Pencil Day in 2020?” sounds like “On March 30”, however, are you ready to find out something new?

The historical documents have shown that for two or even more centuries, Borrowdale remained the only source of graphite for pencils for the whole Europe. Why was the situation like this? – The matter is that the minerals, obtained from other deposits, were of poor quality. Graphite became a strategic raw material, the British Parliament in 1752 passed a law according to which for the theft of this material or sale on the black market, the imprisonment or even the exile was required.

The UK itself decided who could sell this mineral and who should not. In particular, the new-born French Republic decided to leave the island neighbor without pencils, declaring to it an economic blockade. It is clear that such a monopoly did not suit the French people, and one of the prominent figures of the French revolution, Lazar Carnot, asked the inventor, the scientist and the officer Nicolas Jacques Conte to find a way not to depend on the import of this expensive material. Conte solved the problem quite quickly. – He took ground graphite (from other deposits) as a basis, mixed it with clay, and from the obtained composition he molded the rods and burned in the furnace.

The resulting material was much cheaper, and wrote in no way worse than the best British natural graphite. Moreover, varying the graphite content in the mixture, it was possible to obtain different hardness of the lead. In 1795, Comte received a patent for his process, and we can’t but mention that in accordance with this method (with minor improvements) pencils are made even now.