International Day of Struggle for the Abolition of Slavery

We used to believe that slavery remained in the distant past of humanity. But, unfortunately, this terrible phenomenon also exists in the modern world. Although slavery is considered one of the most serious forms of degradation of human dignity and is prohibited everywhere, millions of people continue to live as slaves or in conditions close to slavery. Slavery today is considered forced and child labor, forced marriages, sexual exploitation, human trafficking, involvement of children in armed conflicts. The International Day for the Abolition of Slavery was declared by the General Assembly of the United Nations as a day to be celebrated on December 2.

How did the idea of ​​celebrating the International Day for the Abolition of Slavery come about?

In the slave society, the division between free and slaves was extremely clear.

It was so in ancient Greece and in ancient Rome. According to ancient concepts, physical labor was considered humiliating. War, politics, science, and art—only these pursuits were worthy of free citizens. All production activities, all types of physical labor were entrusted to slaves. They worked in agriculture, in city workshops, in the houses of their masters, built roads and waterworks.

In Rome, slaves were used even in some types of intellectual work – secretaries, readers, copyists of books were also slaves, mainly Greeks and Syrians.

Noble Roman women could buy themselves philosopher slaves or poet slaves. And the strongest male slaves had to be gladiators. Bloody spectacles of gladiator fights entertained the Roman nobility. A slave was a thing, not a person, he didn’t even have a name or surname, only a nickname, like an animal.

In the Middle Ages, with the spread of Christianity in Europe, the slave trade moved to more distant countries. For example, in the Ottoman Empire there were entire armies consisting exclusively of slaves.

During the times of Russia, slaves were called serfs. The master had full power over the slave – he could sell him, give him to pay a debt, or even kill him. A person could become a slave for debts or committing a crime, as well as in the case of marriage with a slave. Many people sold themselves into slavery because of poverty. Later, slaves officially turned into serfs.

In the 18th century, slavery began to be condemned by the Enlightenment movement. By the beginning of the 19th century, most European countries recognized the need to abolish slavery.

The world’s first international agreement that condemned slavery was the Declaration adopted in 1815 at the Congress of Vienna. The purpose of the document was to stop human trafficking in the Atlantic region, freeing slaves in colonies belonging to European countries and the United States.

The predecessor of the UN – the League of Nations – paid a lot of attention to the phenomenon of slavery, and after the First World War this problem was among the most urgent. The Convention on Slavery adopted by the organization, although it outlawed this phenomenon, did not provide for a mechanism of action or an international body that could consider violations. By the end of the 30s of the 20th century, a number of international documents were also adopted regarding the prohibition of trafficking in women for prostitution. This crime had not previously been included in the Slavery Convention.

Since its formation, the United Nations has continued to work to abolish slavery. In January 1947, the Commission on Human Rights, headed by Eleanor Roosevelt, began work on the historic document. Due to numerous differences of opinion between the delegates, there were endless disputes. After two years of meetings, the introduction of several hundred amendments and more than a thousand votes, the Commission produced a document that lists all the rights that men and women have on our planet. The Universal Declaration of Human Rights, Article 4 of which prohibits slavery in all its forms, was adopted on December 10, 1948.

On December 2, 1949, at the session of the UN General Assembly, the Convention on Combating Trafficking in Human Beings and the Exploitation of Prostitution by Third Parties was adopted. Since then, December 2 has been celebrated annually throughout the world as the International Day of the Struggle for the Abolition of Slavery.

International Day of Struggle for the Abolition of Slavery in History

What is the difference between modern slavery and what existed in ancient times?

First of all, the difference is that nowadays this phenomenon is illegal. Therefore, its victims can count on the help of law enforcement and other government agencies.

Who can fall into slavery?

Any person. But certain social groups have a higher risk — low-income people, the disabled, children from disadvantaged families, the homeless. Also foreigners, especially if they are in the country illegally.

Why do official statistics measure the number of people suffering in slavery in the thousands, and human rights organizations in the millions?

The reason is that many victims cannot or do not want to report what happened to them due to fear of criminals, shame or fear of punishment by the state for illegal work.

Are there countries where slavery still exists?

So, in some Asian and African countries, this phenomenon, despite its official cancellation, exists in classic forms. These are Somalia, India, Nepal, Myanmar, Mauritania, Sudan, Angola.

How is the International Abolition Day celebrated?

In our country, the traditions of holding the International Day of Struggle for the Abolition of Slavery are the same as in most countries.

This day is designed to draw the attention of the population to the crimes of modern slavery, because in everyday life we ​​do not often mention this problem.

When will we celebrate International Abolition Day? 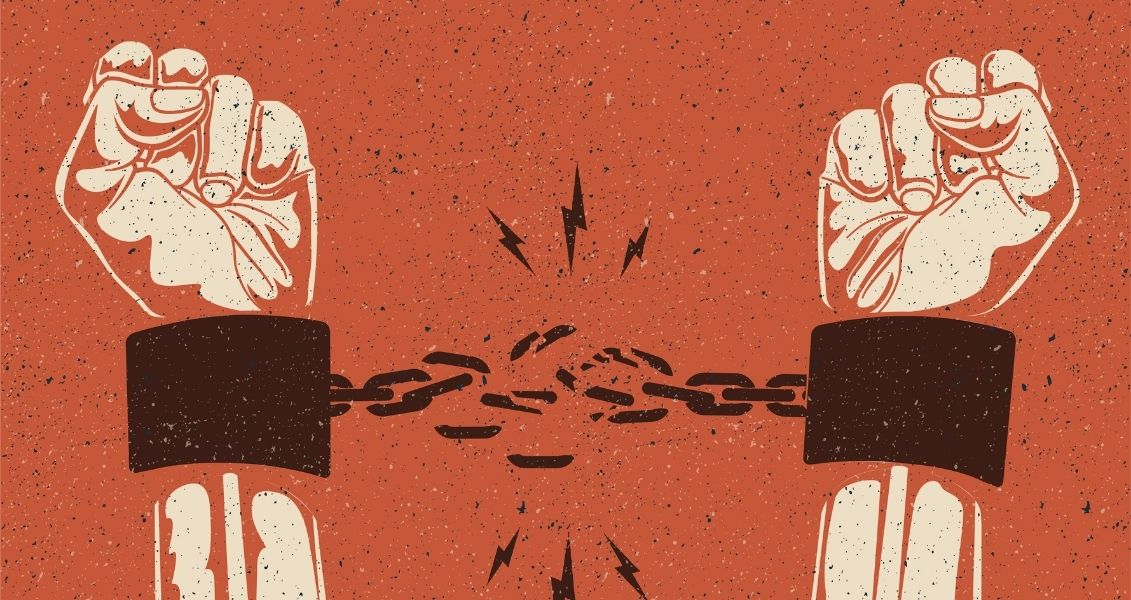