The romance of the sky has long attracted people. To have wings and fly like a bird – this desire has not left humanity, but in ancient times it could only be a dream. For a long time, attempts to climb into the sky seemed like a desire for the impossible – it is worth remembering at least the legend of Icarus. But time has passed, and we are no longer surprised that thanks to an airliner, you can be in any of the most remote corners of the globe in a matter of hours. Aviation has greatly reduced distances and opened many new opportunities to the world. To highlight the impact of the civil aviation industry on modern life, the planet celebrates International Civil Aviation Day on December 7 every year.

How the idea to celebrate came about International Civil Aviation Day?

The development of aviation at the beginning of the last century gained a rapid pace. But the world has not yet had any general rules and multilateral agreements between countries to regulate international flights and improve their safety.

The first ever Civil Aviation Conference was held in 1910 in Paris. It was attended by delegates from 18 European countries. Representatives of states from the other side of the ocean were not even invited, because transoceanic flights were considered something fantastic.

After the First World War, in 1919, the Paris Peace Conference adopted the International Air Convention to regulate the rules of civil aviation.

This document has been ratified in 38 countries. And although thanks to him, by the end of the 30s of the last century, some progress was achieved regarding agreements on the rules of international flights, the airlines of most countries still did not cooperate, and there were no treaties that would allow foreign aircraft to make non-stop flights over the territories of different countries. countries

The great role of aviation in the Second World War demonstrated the need for the creation of an international organization to regulate international flights for peaceful purposes, which would solve all issues — from technical and economic to legal.

Therefore, at the beginning of 1944, the United States of America held preliminary negotiations with the allies of the anti-Hitler coalition and with neutral countries, after which representatives of 52 countries arrived at the International Conference on Civil Aviation, which was held in Chicago during November-December of the same year.

It should be noted that this organization is a specialized agency of the United Nations. It regulates legal relations between civil aviation of different countries and develops world standards in this field.

On December 7, 1994, on the 50th anniversary of the signing of the Convention on International Civil Aviation, the world celebrated the International Day of Civil Aviation for the first time. And since 1996, this holiday has been officially established by the UN General Assembly.

Since the beginning of the 2000s, world civil aviation has been experiencing a period of stable development due to an increase in the number of passengers. One of the main factors is the increase in traffic from countries with rapidly growing economies — from India, China, and Latin American countries. It is expected that the demand for airline tickets will only grow in the future.

Is there a special theme in celebrating International Civil Aviation Day?

Yes, every five years a separate topic is chosen for this day. The theme for the period from 2019 to 2024 is “75 years of connecting the world”.

What is the place of civil aviation in the global world economy?

This industry provides 65.5 million jobs and 3.6% of global economic activity.

What is the largest passenger plane in the world?

How many passengers do the world’s airlines transport per year?

The management of civil aviation in our country is entrusted to the State Aviation Service of Ukraine, created in 2011.

On this day, on the initiative of the International Civil Aviation Organization, various events are organized – seminars, educational lectures, news announcements on the topic of international civil aviation. These measures are supported by governments, non-governmental organizations, and aviation companies around the world.

The achievements and problems of the industry are covered on television and in the press. Airlines promote services and update information about their activities on official websites.

Probably, for each of us, the most pleasant way to join the celebration will be to book a ticket, and then a flight to some exotic corner of the world, which has been dreamed of for a long time.

And if there is not enough time or money for long flights, there is a great alternative — to visit the aviation museum of Ukraine and learn a lot of new and interesting things about civil aviation in our country.

Today, civil aviation is much more than the possibility of fast and safe flights. This is a huge incentive for the economic development of countries.

The UN says that for every $100 and 100 jobs created in civil aviation, an additional $350 and 610 jobs are created in other sectors of the economy.

Also, the development of civil aviation is a stimulus for general scientific and technical progress. For example, one of the largest aircraft companies in the world – Airbus – is implementing the “Smart Sky” program, thanks to which the time of each flight will be reduced by 13 minutes by 2050. This will save 9 million tons of fuel and reduce dangerous emissions into the planet’s atmosphere by 28 million tons.

Thanks to the celebration of the International Day of Civil Aviation, citizens have the opportunity to better familiarize themselves with the contribution of modern peaceful aviation to the social and economic spheres, as well as to understand why it is so necessary to ensure efficient and safe flights of civil aircraft according to uniform requirements for all states.

When will we celebrate International Civil Aviation Day? 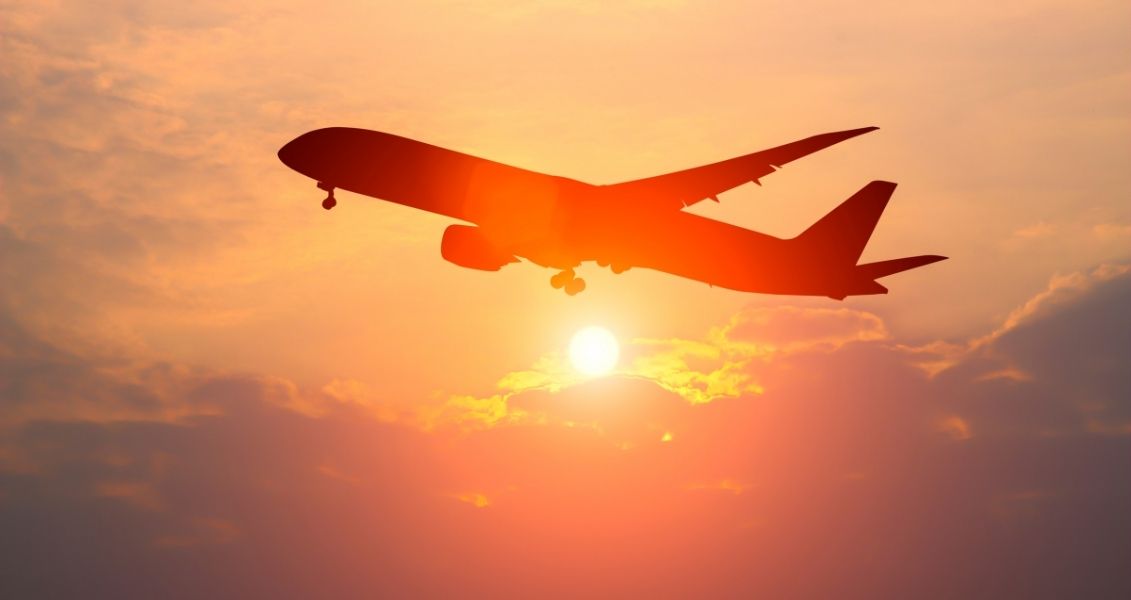 Sergeant Day of the Armed Forces of Ukraine