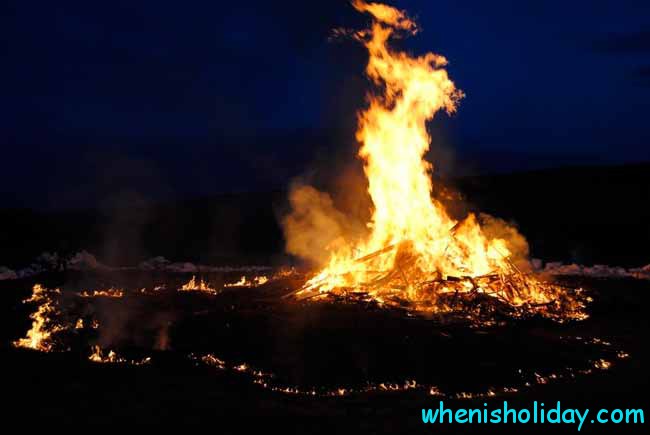 When you hear the words Walpurgis Night, what images appear in your mind? If you’ve ever been interested in the supernatural stuff, read myths, legends and the like, then you’d already know that it is one of the main dates for the witches. On that night they used to gather for the coven on the highest hill somewhere on the Brocken in Germany… Amazingly, today this date is still marked as a festive one. To get you prepared for an upcoming witchy event, we’ll give you a hint of when is Walpurgis Night in 2020. But before, you have to discover for yourself some quirky facts. How come that holiday has perpetuated through the centuries?

Some history from the dark side

The prototype of Walpurgis Night was conceived on the territories of the modern Central and Northern Europe in the pre-Christian era. This date was meant to say goodbye to winter and to greet the absolute arrival of spring. People rejoiced at the beginning of the warm and prolific days by tolling the bells and lighting of bonfires.

However, among the general joy, there was a fear hovering in the air. It was believed that all evil spirits of winter acquired a special sort of power, the souls of the dead were wandering among the living and witches were dusting off their brooms and flock together for the witches’ sabbath. The roaring sound of the bells was intended to scare away the demons while the scarecrows of evil women were burned down in flame.

Oh, we imagine the look on the faces of those who are particularly sensitive. You’re probably tacitly asking us – what day should we build a fire in the yard for Walpurgis Night… Well, wait a moment. Don’t you want to know the meaning of the name? Because this is where the heartwarming point of that extraordinary feast hides in!

Read more:  🎇 When is Hogmanay [year]

Some history from the light side

Once upon a time, there lived a woman on the English lands who was named Walpurga, or Walburga. She’s happened to be a Christian missionary and arrived in Germany in 748 to help found a monastery in the little town of Heidenheim, Bavaria. Walpurga was known as a kind healer, ready to help every sufferer. She died in 777 and was buried at the place of the temple.

100 years on, a newly appointed bishop ordered to reconstruct the sacred building. During the process, the workers desecrated Walpurga’s grave, and the shadow of her appeared before the bishop’s eyes at night. Terror-stricken, he commanded to remove the remains to the town of Eichstätt and put them into the rock. Later, the locals witnessed the healing oil oozing out of the cracks, which attracted lots of pilgrims. Convinced of the miraculous power of Walpurga, Archbishop of Cologne canonized her in 870. The relics were transferred to the different cities of Germany, and Walpurga’s feast day has been venerated since then.

If you are totally bewildered, let’s sort it out. Why the evil spirits’ holiday is called by the name of the sainted woman?

After Christianity came to the European lands, many of the heathen festivities were crushed and forgotten, while others obtained another Christian meaning. Thus November 1st got known as All Saints’ Day instead of former “harvest holiday” starting the “dark” time of the year.

The day the predecessors celebrated the spring and warded off the evil coincided with the day of placing Walpurga’s relics to Eichstätt. With the purpose of the heathen date’s christianization, there was Walpurgis Night born in around 11th century.

In a nutshell, it is a combination of the Christian and pagans’ patterns. By the way, you are able to answer the question of when is Walpurgis Night 2020 on your own! The tip was heard so many times. The full spring comes… on the May, 1. Therefore Walpurgis Night is commemorated at the night of April, 30.

Some history from today

Okay, we’ve imagined the historic atmosphere of Walpurgis Night back then, but what about our days? Do people still remember of its real meaning?

The holiday is popular in Europe. Even today, in 2020, you’ll see the children bothering their parents with the curiosity of what is the date of Walpurgis Night. But due to the long history and gradual neglect of the religious motives, the majority of people don’t even suspect the holy origin of the festival. You can ask ten people about Walpurga and nine out of them won’t answer. But they’ll tell you at once that Walpurgis Night is all about supernatural and witches. 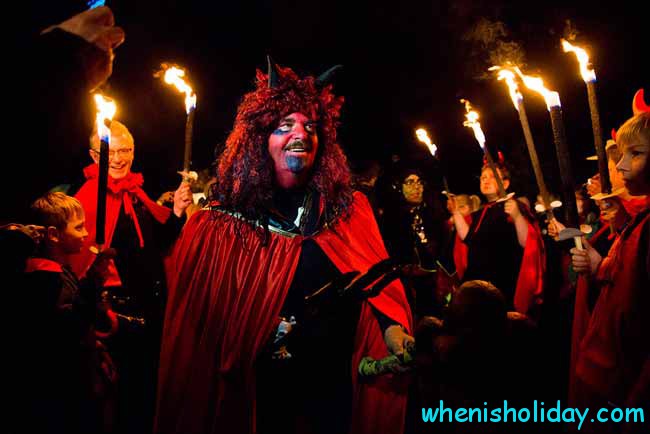 In Germany, where the date came from, the locals usually prepare carnival garment, play jokes on each other and let out loud noises. You remember that it frightens off the demons, do you? Of course, the Germans can’t do without little presents for the spirits as well. They leave bread with butter or honey at the porch and decorate the doors with foliage.

Sweden, in its turn, forgot about the religious and witchy elements of April, 30 night and focuses on the spring’s praise only. Though since the 18th century there has been a custom of singing folk songs and dance around the huge bonfires.

In Finland, one of the four main holidays is Walpurgis Night, although it’s fully associated with the May Day and celebrated on the May, 1st. The whole country is lit up with bright festivities, crowded parades, and glorious carnivals.

Estonia celebrates the date on the night of April, 30 and follows the example of Germany: the enthusiasts get dressed in carnival costumes and have fun on the streets.

An interesting remark: in all Scandinavian countries the students make up the biggest part of those who respect Walpurgis Night. That’s because several centuries ago the beginning of May meant the end of exams and holidays’ coming. Up to that day, Walpurgis Night starts the countdown till the free summer days of the Scandinavian students.

Now you’ve acquainted yourself with the ambiguous history of this ancient feast under the mysterious name of Walpurgis Night. We insistently recommend you to mark the date in the calendar in case someone uninitiated will be wondering – when is Walpurgis Night in 2020? You’ll answer in a jiffy and amaze with the profound knowledge.