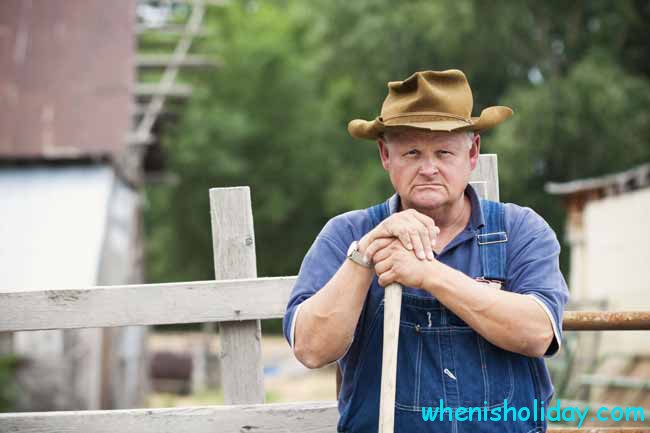 We barely think of the times when there were no sophisticated technologies or even electricity. We take for granted the fact that the food appears in our fridges and on our tables as though by the wave of a wand. Yet a century ago, it wasn’t like that. To have something to eat people had to grow it at first. The contribution of the previous generations’ farming can’t be forgotten.

When is National Old Farmers Day in 2022? You’re just about to know!

The farming emerged at least ten thousand years ago, first in the region of the Middle East and then in China. In Egypt and India, there was the first act of the systematic growth and harvest of what earlier was gathered in the wild. The initial farming depleted the locals’ diet as from the dozens of the consumed plants only small part was suited for growing.

Interestingly, such agriculture practices as the irrigation and all sorts of fertilizers were invented at those ancient times but became widely used closer to the 20th century. In China, the rice was domesticated in the further 8000 BC with the following “taming” of the soya.

The proofs of the wheat growing in 6000 BC were discovered in the valley of Indus. The oranges got to know the farming around those times, too. Besides, the Indians were the first to learn the pea, sesame, barley, date, and mango. In three regions of America, the indigenous tribes domesticated the maize, vegetable marrows, potato, and sunflower.

The animals’ domestication moved forward as well: the Chinese folks involved the buffalo in plowing and pigs along with the chickens in finishing the wastes. In South-Eastern Asia people bred the goat, sheep, and cattle for producing the organic manure.

The intensive agriculture allowed people to feed more members of the communities than the hunting and gathering while giving the opportunity to save up the excessive products. Since the 15th century, due to the European colonization of Americas, there was the so-called exchange of the New and old Worlds happening all over the world. During that period, the staples of the grassroots were the foodstuff of the farming. As a result, the tomato, in particular, became a popular food at the European kitchens.

Because of the international trade, the diversity of the grown crops decreased. Instead of the small plots of different plants, the huge fields were sowed with the monocultures, like banana or sugarcane plantations. Today, we have the chance to eat fruits and vegetables and other foodstuffs for the whole year round, thanks to the mechanizations of the farming industry and lively import of them from the neighboring countries.

The holiday itself is celebrated mainly in the United States. However, there is no information on when it was created or who came up with that observance. Some sources claim that it dates back to the 18th century. Yet what we know for sure is that the state of Louisiana is going to answer the question – when is International Old Farmers Day 2022 – for the 44th time as there the holiday has been held since 1973. It is organized as the mass festivity recreating the good old farming mode of life.

What does Old Farmers Day mean? It means appreciating the contribution they’ve made to the development of the countries’ economy. Although, they’re still making it.

Some experts consider the traditional ways of farming as a go-to choice for reducing the negative effects of the agriculture on the environment. Among the appealing methods are the one of growing the fish in the paddy fields. This practice was used for more than one thousand two hundred years in the south of China and helped to keep the pests in check. Yet today, it’s no longer spread. Nevertheless, the scientists assume that the combined growth of the fish and rice reduces the necessity of the pesticides on 70% and of the chemical fertilizers on 25%.

On top of that, you’ve probably noticed the tendency of the conscious citizens to buy the veggies and the fruits at the small local farms where the crops are still grown without the means of the progress.

Anyway, what were the base traditions of the good old farming just a century ago, without those machines and pesticides? The work of the farmer consisted of the cleaning up the lands from the leaves and other plant residues, plowing it, or digging up, the ground, fertilizing and sowing the seeds. Then, weeding it, hoeing, fighting with the pests and waiting. After that, they could gather in the crops. Everywhere, the farming circle was based on the differentiation of the labor. The men were responsible for the most labor-intensive works such as the cleaning and preparation of the soil while the women were into the crops care, gathering, and processing of the harvest.

Undoubtedly, we can’t compare the agriculture traditions of the previous centuries with the modern ways of producing the foodstuff; it was an extremely laborious job. Yet what a joy it is to have on the table those fruits that you’ve thoroughly grown for seasons! Regardless of what day Old Farmers Day in 2022 takes place on, their contribution is always appreciated.

The farming is the branch of the agriculture which is defined by the cultivation of the soil for growing the plants. It is one of the most ancient and important types of the economic activity of the human. The main purposes of the farming are the effective use of the lands, preservation and increase of the soil fertility to provide the stable heavy harvests and improvement of their quality.

There are extensive and intensive kinds of the farming. The first one produces the crops due to the extension of the lands while the second one acts due to the extra investments in the labor and means. 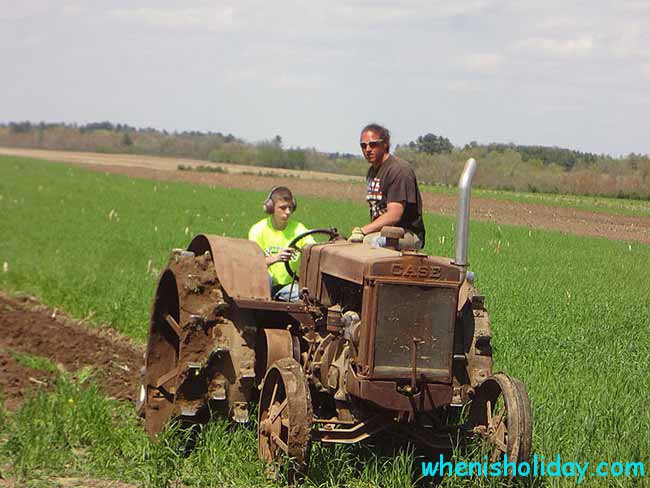 Don’t be confused by the word “old” farmers. There has always been the move forward. For example, a few of us know that the manure was put into the soil when the ancient masters invented the yoke and learned how to use the draught of the animals (the first were the buffalos with the yokes and the wooden plough). Then, several centuries on, they came up with the harness for the horse. In the 10th century, the folks learned to shoe the horses giving birth to the first mean that used the strength of the animal, not the human. The horse labor became popular.

The numbers of the animals grew and the manure had to be dealt with. And they settled it for fertilizing the soil! Since the Middle Ages, the farmer places the animal wastes into the soil. How did they hit upon using that? In fact, the first compost came out of the plowing with the horses as the piles of the manure and grass were formed around the plants.

Just like that, the farmers changed the methods of the farming one by one progressing to the nowadays technologies. What is the date of Old Farmers Day 2022? It occurs on October 12.

There are obvious ways to celebrate the holiday. You can learn more about the history of agriculture and the ancient means of growing the foodstuff.

Perhaps, your Grandma still has that small kitchen garden cultivated as of old, by hands, so help her. Gather the last crops together while she relates you about the farming of her times.

Drop by your local farm, or market, to make your own contribution in supporting the old farmer and the fruits of their labor.

Mark in your calendar, when is old Farmers Day in 2022, and appreciate the work they’ve done for the community.

☂️ When is National Open An Umbrella Indoors Day 2020

When is Corpus Christi 2018