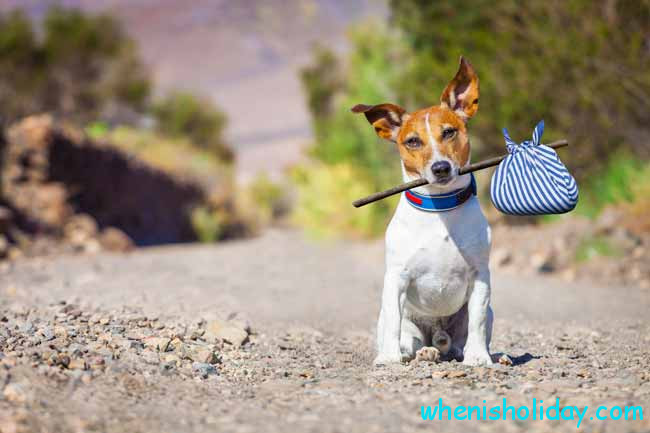 Animals are the real part of our life. They are devoted members of our families. They give us joy and fun, love and tenderness. There is a thought that they reflect our mood and give us cure. People are o be careful with the animal creatures, whether it’s a dog or a cat. It isn’t very difficult to pay attention to these creatures. You are just to play with them, to give them food and not to hurt them. The most devoted animal creatures are dogs. They live with us and make our life funnier. Nevertheless, many dogs suffer from inattentiveness and indifference. Sometimes they are lost. Such creatures meet unconcern from other people who don’t want to pay attention to them and to find their owners. Try to be involved into the problem at least during one day of the year. The observance is rather young, though it has got lots of followers. When is National Lost Dog Awareness Day in 2020?

The problem of pets’ missing isn’t new. It is a great problem for many countries. The ways of solving this problem are various, beginning from the chips with the information about an animal and its owners. But in the developing countries such procedure is very rear. International organizations decided to solve the problem and to involve thousands of volunteers to help people and animals to solve this problem.

The event was initiated by two people who were the directors of Lost Dogs centers in different US states. They were K.Pobloskie and S.Taney. The women proposed to start the observance in 2014 in April. The date was decided to be the 23rd. It was to be a stable date.

The aims of that observance were so obvious that the idea was caught by many other states. The first event was observed in Iowa, Florida, New Jersey, Texas and Arizona, Colorado and Minnesota. Wisconsin also took part in that observance. They provided some events on the day under the common name the Lost Dogs of America organization.

The idea was promoted by many mass media organization. Due to some Internet platforms the event well advertised among other states and countries of the world. Ordinary people and not indifferent organizations were involved into this occasion. They started helping pets and their owners to find each other. They also started feeding animals. Nowadays the amount of people who were got involved into the holiday is really huge. If you want to take part in the observance, you can ask the Internet community what day World Lost Dog Awareness Day is. The occasion is set on April, 23rd.

What does National Lost Dog Awareness Day mean? The occasion isn’t a usual festive observance. It also doesn’t have any governmental issue. Nevertheless, the idea carries a strong emotional meaning and can express a person’s will to be helpful and attentive to those creatures that need care and help.

Pets have always been our companions during our lives. Mankind tried to domesticate many animals but only some of them became our pets. Dogs are the best ones. They always follow people; they are the most devoted pets in the world. They help to improve our mood and give us joy. Pets don’t demand much attention, but they require our care.

Lost dogs don’t usually die; nevertheless, they feel loneliness when such a trouble happens. Besides, nowadays many people reject to maintain an animal because of some living problems. Sometimes dogs lose their homes due to other reasons. Nevertheless, the problem is very serious.

Some rare breeds don’t have an opportunity to survive without an owner if they use to live indoors. They need a special care. They can’t get food and live outdoors in winter. That’s why the idea of such occasion was very useful for people and dogs. Many charitable events are able to provide local kennels with some money. The necessary means also can be used for giving advertisements about lost animals. When is International Lost Dog Awareness Day 2020? It’s on April, 23rd.

The word in the modern sense appeared in the 12th century. There’re several meanings of the term which are described in many vocabularies. People name also foxes and wolves as dogs. It means that these animal creatures are relative kinds. Dogs are related to grey wolves.

The word “domestic” is usually used to describe a feral or domesticated variety. The modern form is the derivation from the old forms from other languages. The form of the term was in Old English, Proto-Germanic. Animals were named as hounds which included all domestic animals. Beginning from the 16th century this term was used for canines which were used for hunting. Besides, the word which describes a female also has got a long way of derivation from the old form to the modern variant. Nowadays it is called as a bitch. The term is used to name adult species in common and a separate animal creature. If a dog is immature, it can be named as a puppy.

The title of the holiday is very clear to every person who knows English. People usually understand what they should do during the observance. It is not difficult for everybody to follow the observance. If you don’t know what you should do, you can join the internet community and find the variant which suits you. What is the date of National Lost Dog Awareness Day? People observe it on the 23rd of April. 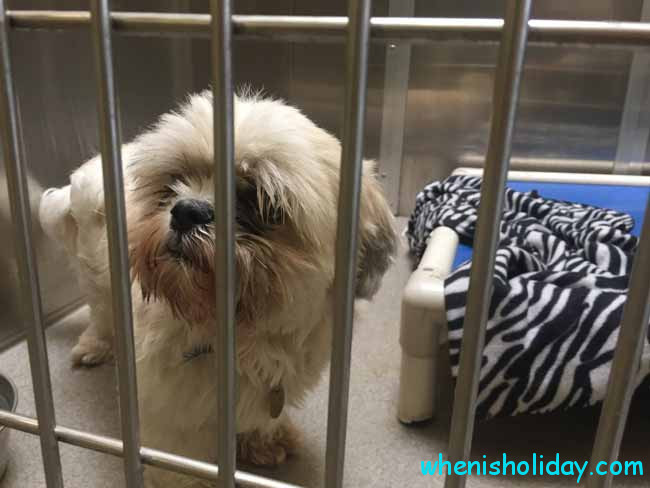 People usually try to do their best to help animals which lost their homes. Nevertheless, there are many problems concerned with lost dogs. Many civilized countries propose to place microchips on their pets. They contain information about the dog’s name and a phone number of an owner. Local authorities ensure people that this method can help avoiding the problem. Even when a pet loses, its host can find it due to this chip.

Another way to prevent the trouble is to check a fence. It has to be secure. Your pet shouldn’t be able to find any route to escape. Your gate also is to be secure. Many firms and organizations propose many variants for their clients which help to secure the exit.

If you think that your dog is very clever, don’t forget that you may be wrong. It can roam without you. You should think about a pet as about a small child who is helpless while roaming alone. You should also follow the same route every day. It can help your pet come back home if it loses. The continuous repetition is a reason why lots of dogs come home.

If a trouble happens, the best way to react it is to visit local shelters and veterinarian clinics. If you dog isn’t there, you can leave your personal information and a photo of a dog. Post the information about the lost dog in the Internet.

Try to give your help to people who lost their pets: “When is Lost Dog Awareness Day in 2020, calendar of events?” The observance is on the 23rd of April.

👮‍♂️ When is National Thank a Police Officer Day 2022