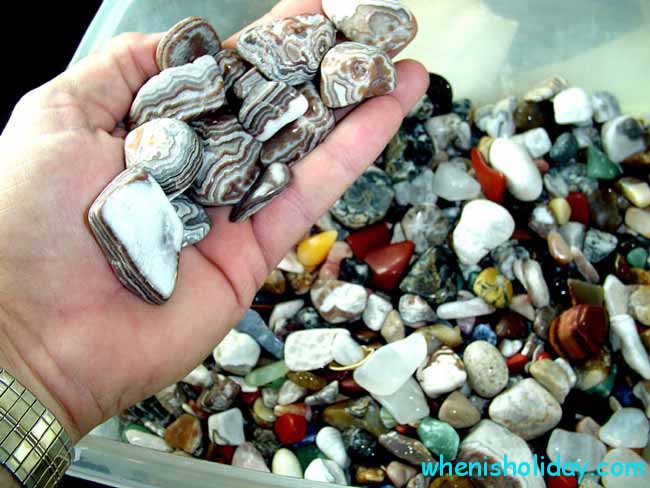 Are you one of those who goes out to the beach to entertain themselves with rummaging in the pebble picking up gorgeous stones? Or, maybe, you prefer to fish out the flatter ones for the purpose of skipping them far across the sea?

Anyway, if you’ve ever been involved in rocky affairs, there is a holiday for you to celebrate. When is National Collect Rocks Day in 2022 and why do we have to gather them at all? Scroll down the page!

Just look around yourself – you’re likely to see the rocks. They are as ancient as the Earth itself passing through the million-years-long history of the mankind. Each of the civilizations used them in their own way: the silicon wares of the Neanderthal man, the marble Parthenon, and the Roman Forum, they clearly demonstrate the development of the human societies.

The history of our planet is deeply imprinted on the thick layers of the Earth’s crust. It was created for the myriad days under the impact of the winds and huge waves of the ocean, the fierce volcanoes and glaciers, the flows of the rivers and earthquakes, the warmth and pressure in the depth of the subsoil, the smallest bacteria and giants of the animals’ kingdom.

Some creatures walked over the slimy bottom of the tropical swamp among the thickets of the tree fern. With time, the latter turned into the coal beds while the silt came to the shale, yet the imprints of the species remained on the rocks for good. And those marks are countless. The human uses the hard mineral from time immemorial. The primitive man harnessed it as a work tool. With the sharp stone he cut the carcass, with the longer one he smashed the bones, the flat one served to grind to powder the grains, the bright and colorful ones were used in making the personal ornaments.

The rock was also a trusted weapon of the first man. Hurled a great distance forth, it killed the game. Shaped in the appropriate sizes, it turned into a more striking tool. Gradually, the man discovered the characteristics of the matter. He made a hammer from the solid stones that remained unbreakable at the heavy blows. Having noticed that the flint and the volcanic glass were split into the sharp splinters, he came to make the knives, arrowheads, and spearheads.

Read more:  When is Build A Scarecrow Day [year]

The man looked closely at the boulders on the shores and at the foot of hills searching for the ones he’d use. He found that some of the heavy stones melted on the coals and after hardening became the shining ingots which were suit for producing even better tools and weapons. That’s how the mankind entered into the Bronze Age due to the rocks.

Today, the world can’t do without the mineral when building houses, bridges, quays, roads. The limestone is used in producing lime, the marl leads to the cement. The argil is the original material of the porcelain and pottery goods, the clay creates the tile and the brick. What’s going to happen to the rock in the future? Whether the significance of it will be reduced or lost in the centuries making way for the artificial matters? Obviously, it won’t. Thanks to its durability, beauty and decorative qualities, the rock will always be the best construction material.

Quite an impressive introduction isn’t it? Now, have we stirred your curiosity enough to reveal when is International Collect Rocks Day 2022?

What does National Collect Rocks Day mean? It means that there goes the high time to search for the little rocky things and learn a bit more about them!

If you take the stones as something cold and lifeless, you’re so wrong. The meaning of those minerals in the people’s lives is hard to overestimate and it might be considered as a glaring mistake not to appreciate these treasures that the mother nature gave us. They are literally endowed with the vigorous energy of the centuries.

Around three thousand years ago, the Chinese doctors used the heated stones to relax and strengthen the muscles of the human’s body. Nowadays, the folks of Hawaiian islands doctor themselves with the help of the basalt stones wrapped in the leaves of the tree.

The various pagan beliefs attached great importance to the rocks. They were worshiped and used in different rituals. They were worn and kept as the amulets and talismans. Even today, the Black Stone of Kaaba annually draws millions of the Islamic pilgrims to its site in the heart of the Grand Mosque.

The rocks are also the popular item of the collections. We bet you had one back in your childhood, with all those little (sometimes rather big, though) iridescent minerals! The adults have a soft spot for the rock collecting, too. On the beaches, you’ll find lots of the amateurs and pros with the advanced equipment in search of the precious stones.

What is the date of National Collect Rocks day 2022? It’ll take place on September 16.

The rock is an aggregate of the mineral or organic matter formed due to the natural processes. It can be in the solid, consolidated and friable state.

By origin, it might be classified into three categories. The magmatic ones that make up 90% of the Earth’s crust are formed during the process of the magma effusion on the surface. Among them are the granite, basalt, picrobasalt and the like. The metamorphic rocks are born in the layers of the crust as a result of the change of the previous kind because of the high pressures or temperatures. The typical stones of that category are the gneiss, shale, hornstone, skarn, etc. The sedimentary ones are the tenth part of the crust. They are produced in the process of changing the sea and continental sediments. The gypsum, carnallite, chalk, diatomite are the most widespread rocks of this sort. 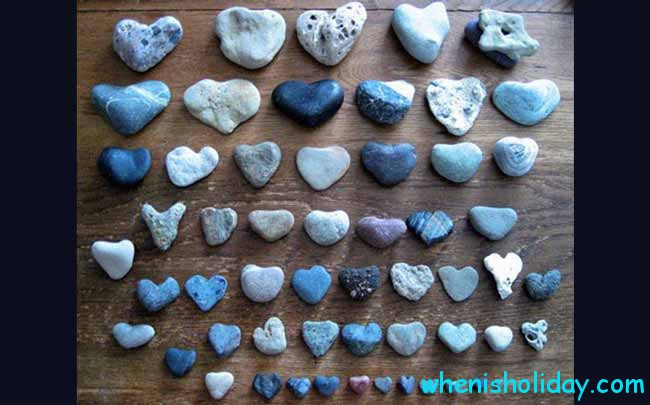 Having found out what day National Collect Rocks Day falls on, be ready to learn how to celebrate it properly!

Basically, we spelled that out pretty clearly. Be a geologist just for a day and look for some stones! You can also check them on the correspondence to the categories we’ve mentioned above.

As a child, whether you were an enthusiast carrying all the pebble home with you? Then you have to have the collection resting somewhere in the attic. Get it from there, blow the dust off and revel in the memories of the carefree existence. Show it to your near and dear ones as well!

If you weren’t that lucky to retain it through the years, it’s a perfect occasion to start the rocky collection of a mature person. You’ll find the stones on the beaches, in the parks and alleys. Maybe there’s an archeological site near your neighborhood? That will fit, too (slightly more than anything else, though).

If you’re not into keeping the “useless” stuff at home, make a handicraft out of the rocks – a wind chime, a pet or even an alphabet for educational objects! After all, it’s going to be fun, especially creating those with a child.

Well, tick off in your calendar, when is Collect Rocks Day in 2022, and come with something on that day. All of our ideas are workable!

When is Twilight Zone Day 2022