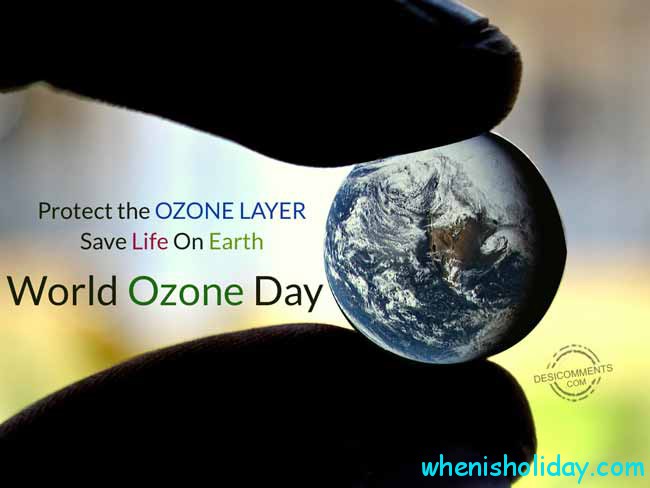 Not so long ago, one of the biggest ecological concerns was the depletion of the ozone layer. Today, the situation is much better, although there are still a lot of the environmental issues arousing with every year. The act that triggered the process of the world community’s struggle for this shield of gas is perpetuated in the history.

When is World Ozone Day in 2022 and what else can we do to save the Earth?

Ozone is extremely important for the life on the globe. The layer of it was formed in the atmosphere around five hundred million years ago when it accumulated enough of the oxygen as a result of the photosynthesis. Only after the formation, the life came out of the oceans. Without it, no life forms such as the mammals would be able to inhabit our planet.

However, the world got concerned with the problem of the gas being gradually thinned just at the beginning of the 80’s. The ozone hole was found above the Antarctic by the group of the British scientists. The Arctic demonstrated another hole, yet of the fewer dimensions, making the first one the largest and the most dangerous.

The further study of the issue led to the serious findings that the atoms of chlorine could cause the irreparable damage to the gas in the stratosphere. The chemists revealed that the chlorofluorocarbons – compounds widely used in the industry – were stable enough to reach the middle layers of the atmosphere and to get involved in dissociation process with the atomic chlorine, which might be responsible for the depletion. Other reasons were also stated, such as the destruction of the ozone molecules because of the reactions with the different matters of the anthropogenic and natural origin; the absence of the solar radiation during the polar winter; the especially stable polar vortex that prevented the gas from penetrating out of the polar latitudes. Those factors were typical for the Antarctic, that’s why the hole above its surface was the largest. The following matters were called as the most disastrous ones contributing to the depletion of the ozone layer – the elementary substances, the inorganic and organic compounds that emitted the atoms of chlorine and bromine.

Having grasped the whole gravity of the situation, the world came together and signed the convention for the protection of the fragile gas shield that became the very first step in searching for the solution to the great common concern. Then followed the Montreal Protocol formulated in 1985 that emphasized the equally binding provisions to cut the use of the CFCs – the substances depleting the layer.

More than thirty years on, the agreement proved to be the most successful and effective one. In fact, it is the first treaty signed by every state member of the United Nations. Since 2013, all of the ozone-depleting substances are under strict control of the governments with the pleasing stats that almost 99% of them are phased down for good. For the last decades, the concentration of the ODSs in the atmosphere is decreasing while the prospects of the layer’s recovery to the middle of the 21st century are very high. Without the nations’ joint action, this period would be marked by the further deterioration of the ecological issue.

Yet the problem hasn’t been solved entirely. The CFCs in the industries were substituted with the hydrofluorocarbons. Although they don’t make the gas shield vulnerable, they are the greenhouse gases that cause the global warming. Thus, the Protocol was supplemented with the Amendment that calls the countries to reduce the use of the HFCs during the following thirty years. According to the estimation of the scientists, it will allow eluding almost 1° Celsius of the warming.

The holiday was designated in 1994 by the UN General Assembly to honor the joint efforts the world took in the fight for the better life on the Earth and, of course, to raise the understanding of the ozone layer’s vital functions. When is International Ozone Day 2022? It’s set on the day of the Protocol’s signing.

What does Ozone Day mean? It’s aimed at drawing people’s attention to the crucial ecological issues, primarily, to the importance of the ozone’s preservation in the stratosphere.

Preventing the ultraviolet radiation from reaching the ground, it creates the normal conditions for the life on the planet. It protects us from the abundance of the sun rays and forms the suitable light and warmth conditions. The depletion of the layer entails the increase of the harmful radiation that may cause the skin cancer, cataract, and immune system’s weakening, making us more vulnerable to the infectious diseases. In particular, the 1% decrease of the gas in the upper layers of the atmosphere is equal to 5% increase in the number of the cancer cases.

The UV rays are also able to damage the crops and reduce the harvests, to hurt the phytoplankton and the environment. No matter what day National Ozone Day in 2022 falls on, always remember of the fragility of out planet!

Ozone is a special form of the oxygen. The major part of its molecules contains two atoms while the ozone’s molecule includes three atoms of the oxygen. Its layer of the atmosphere is extremely thin. Putting that into numbers, take the area of forty-five square kilometers and cover it with all the ozone present up there, you get the layer of just 0,3 centimeters wide. 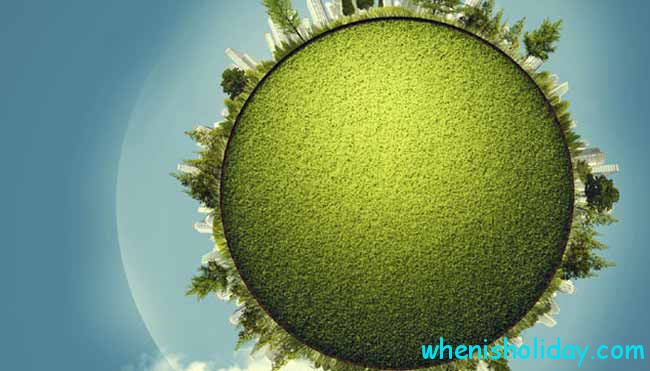 Actually, the gas may be found in two “places”. The ground ozone, located on the nearest to the Earth’s surface layer, is dangerous. It is detrimental to the human’s other creatures’ health. On the hot soggy day in the city, the concentration of the ground type can reach the threatening numbers. The breathing of the gas is damaging as it affects the lungs. The citizens might suffocate and feel the pain in the chest. The trees and bushes along the roads stop growing. However, if the gas is in its place – up in the skies – it benefits to our well-being.

Back to the depletion, as we’ve already said, the layer was thinned by the organic compounds containing chlorine and bromine. There were plenty of them in the fridges, air conditions and aerosols. With every pressing on the spray can (be it deodorant or the hairspray), they were emitted in the atmosphere. On the industrial level, the amounts of the CFSs were much larger. The chemical plants and factories used them for the fire-control systems, appliances for the heat supply, cleaning of metals.

Today, we should be really thankful that the world managed to stop that disastrous influence of the dangerous substances. What is the date of World Ozone Day 2022? It’s September 16!

In general, the UN takes an active part in popularizing the holiday. It encourages the theme seminars and lectures at the educational institutions; provides the guides with the advice on how better organize the celebration. They make the posters and the brochures with the necessary information and launch the interesting campaigns for almost every year. The previous one was marked with the special “Ozone Song”!

Tick off in the calendar, when is Ozone Day in 2022 and do your best to save our planet!