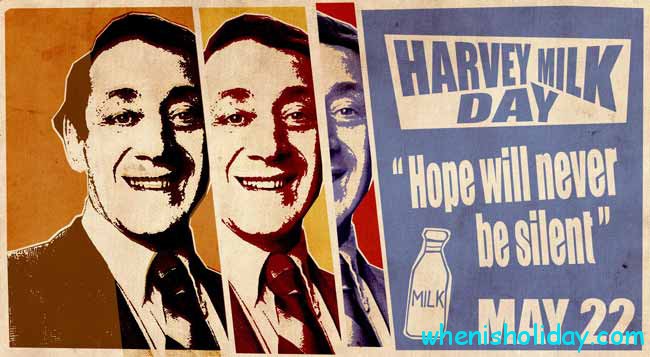 Nowadays, LGBT movement is as strong as ever. The social groups successfully struggle for the all-embracing equality and respect for every human regardless of their sexual orientation. They’ve closed ranks firmly and move toward the future devoid of prejudices with a solid support of authorities.

The leader of this progressive development is, of course, the Western world with such countries as the US, Sweden, Germany and the like, resolutely rewriting the legislation to protect the minorities. However, even there, a little less than four decades ago, the situation concerning gay civil rights promotion was bad enough to make those people hide and fear for their safety. And still, there were individuals inflamed with the urge to bring about a change. At the cost of their life, they aroused LGBT movement and keep it advancing since then. One of those legends is Harvey Milk, the memory of whom is annually revered. When is Harvey Milk Day in 2022 and what did he do for the society we live in today? Let’s find out!

A humble young man named Harvey Milk came into the world in 1930 and lived an ordinary life, graduating from a college with the math teacher qualification, serving in the U.S. Navy, fighting in the Korean War and later on working as a schoolmaster. An exemplary American, except for one detail: he was gay.

As the homosexuality was practically a punishable offense back then, the sense of “not belonging” didn’t let him settle down for long. Harvey changed locations – from NY to Dallas and back –  jobs – first teacher, then the insurance sector, the Wall Street, Broadway show producing –  and lovers. One of them showed him San Francisco, a city that was considered to be a haven for “others” seeking for a place like home. In its well-known Castro district, a community of gays and lesbians was formed with their own bars, shops, and hospitals. That’s where Harvey Milk felt the harmony within himself and within society, although this subtle balance was often brutally disturbed by police forces. The raids ended in numerous arrests, beatings, and victims at times.

The man established a camera store and gradually got imbued with the rebellious attitude toward the then authorities. It became obvious that the state oppressed not only the unwanted minorities but also the small business, and greedily made a profit out of taxpayers’ money. The beginning of the 1970s was the turning point in Harvey’s outlook; he realized that it’s time to stand up and be counted.

Having decided to voice the protest of all downtrodden inhabitants of the Castro, he devoted his greatest efforts to struggle for a position in the legislative body of the city. Due to his extremely charismatic and passionate nature together with the outstanding skills in making coalitions and communication, Harvey was quick to find his supporters. He focused principally on the issues of district’s development and individual business’s protection. However, his inspirational speeches calling upon gays not to lose hope kindled the bright fire of self-acceptance and impelled the many to come out.

After the third attempt, Harvey Milk went down in history as the first openly gay man making it to the board of supervisors owing to the amazingly strong support of the voters. His major achievements during ten months were passing the bill that promoted the equal rights of gay and straight citizens and defeat the initiative that offered to prohibit the persons of non-traditional sexual orientation from teaching at schools.

Harvey Milk was slain in 1978. It wasn’t an act of hatred toward the gay movement for the murderer was driven by a desire for vengeance for an old score. Nevertheless, in the eyes of LGBT communities, he became a martyr and a voice resounding across generations.

What does Harvey Milk Day mean? Commemoration, first of all.

In general, his example showed that if a man works hard, digs in and dedicates his life to the goal, or dream, he’ll ultimately reach it, even though he might be taken as a social misfit.

Speaking of minorities, he made a huge impact on setting in motion the global movement for equality. His election to the board meant a breakthrough and a triumph of justice for everyone who was not like “normal” people. His ardor and his achievements still serve as a guiding light in the darkness of prejudices and mistreatment. Harvey Milk is their icon, their legend, their genius and the biggest inspiration.

He gave the hope for a better world to all involved in LGBT groups. They caught at it tight and continue to push forward the universal idea of eradicating discrimination. Thus, no matter what day Harvey Milk Day in 2022 occurs on, those who came out of the closet appreciate his contribution for every single day of their lives.

Harvey Milk Day is an official holiday in California only and is not a public one. It was created by the foundation established in honor of the politician and later on in 2009 Arnold Schwarzenegger, the Governor of the state, signed it into law that announced May 22 to be the day of revering Harvey Milk’s memory. It’s widely celebrated in the other states of the country as well. 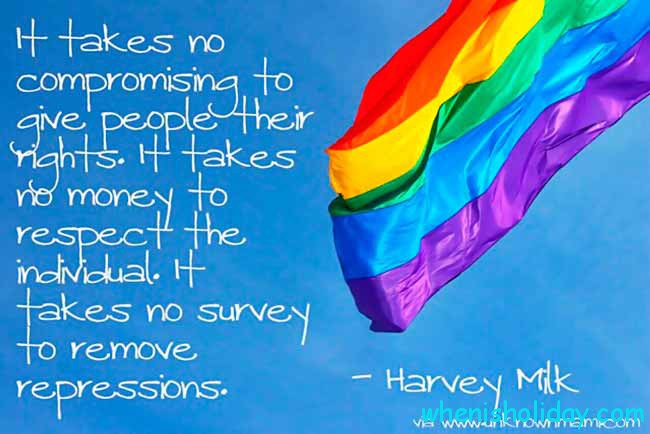 However, there is always a place for controversy. The conservative groups of California utterly disapprove the holiday. Mainly because the bill runs that schools are eagerly encouraged to enlighten the students on Harvey’s biography and history of LGBT movement, some parents appeal to the community to boycott May 22 and, moreover, urge children to stay at home. Well, it seems like not everyone in California wants to know, what is the date of Harvey Milk Day 2022.

Besides the general impulse to acknowledge and popularize Harvey’s heritage, people get into the dozens of commemorative activities.

They organize special evenings and parties with such treats as milkshakes and cookies (obviously, marking Harvey’s last name). The enthusiasts raise money for charity, basically, for Harvey Milk Foundation that champions the rights of minorities. The walks of remembrance are held at Harvey Milk Promenade Park in California, and along the street of the same name in San Diego while the local organizations arrange a public viewing of Oscar-winning “Milk” movie.

The bottom line of this day is to do something in honor of this politician and gay rights activist. Even a simple handshake with the like-minded person is a good thing.

Probably, every LGBT activist has it marked in the calendar, when is Harvey Milk Day in 2022. The man would have been 87 years old this year, and who knows, what else he could have done if there hadn’t been this tragic outcome?

🎷 When is National Saxophone Day 2022