Every year on July 11 World Chocolate Day allowing connoisseurs of these treats around the world to fully indulge in guilt-free indulgence. On this day, you can also eat any goodies made of chocolate. This includes chocolate butter, hot chocolate, candies, cakes, pastries and everything that contains at least a gram of chocolate.

How did the idea of ​​celebrating World Chocolate Day come about?

There is an opinion that the first to learn how to make chocolate were the Aztecs, who gave it the name “food of the gods.” In 1519, the Castilian conquistador and pioneer Hernán Cortés arrived in Mexico. There he first tasted the chocolate drink that the people of this tribe gave him as a sign of hospitality. Considering the bitter drink, the Spaniards added cane sugar to it. Cortes and his compatriots dubbed the chocolate “black gold” and brought it to Europe, where the new delicacy was highly valued at the court of the Spanish king. In 1615, thanks to the efforts of Anne of Austria, the wife of Louis XIII, chocolate made its debut in the royal court of France.

Very long chocolate in Europe, only people from aristocratic circles consumed it. Women of that time considered this product an aphrodisiac and were sure that it ignited the fire of passion. For a long time, chocolate was eaten only in liquid form. It was only at the end of the 19th century, after the invention of the hydraulic press, that butter was extracted from cocoa beans and mixed with sugar and cocoa powder. From that time, chocolate began to be produced in the form of bars. Later, during the production of chocolate, milk and various additives began to be added to it: nuts, raisins, various fillings, etc.

World Chocolate Day was introduced in France in 1995 because the French are extremely sweet-toothed and gourmands. The day is also actively celebrated in Italy, Germany, Switzerland and other European countries and beyond. There is another holiday with a similar name, which falls on September 13.

How to get chocolate

Chocolate it has a high nutritional value, it is a high-calorie product with a long shelf life, a special aroma and an exquisite taste. Scientists have established the presence of substances in chocolate that have a positive effect on mental activity. Dark varieties even contain substances that stimulate the release of endorphins in the body – the so-called happy hormones that lift the mood. How does this product end up on store shelves? Where does its production begin? These questions are of interest to many fans of this extremely tasty delicacy.

In order to chocolate was tasty, it is made from high quality raw materials. Even the slightest change in content or disruption in the technological process can lead to a decrease in the taste properties of the product. On the counters of shops and supermarkets, you can see the following types of chocolate:

For production, cleaned cocoa beans are used, which are carefully ground on special installations. The resulting mixture is fried in electric ovens and passed through a sieve of the required diameter. A traditional one is made from large particles bar chocolateand stuffing is made from small ones.

Particles of crushed cocoa beans enter a special grinder, where they turn into powder. The resulting powder is poured into a container in which the temperature is maintained from + 40°С. There, the cocoa begins to release oil and acquire a paste-like consistency. The resulting mass is rolled in a special device. It is mixed until a thick plastic mass is obtained.

Next, take cocoa powder, mix it with powdered sugar and additional products, as indicated in the recipe. The content of cocoa butter should be from 30 to 35%.

After all additional products (raisins, nuts, filling) are added to the resulting chocolate mixture, it is sent to a special apparatus with an open container. There, the product is heated and stirred for 70-72 hours. This is done to release extraneous odors and tannins from the chocolate mass. The result is a delicious final product.

The finished chocolate mass is poured into pre-prepared forms. Chocolate bars, as we know them, are formed in a special device. There, the chocolate mass is heated to a temperature of 45 degrees, poured into molds, cooled slightly and kept for up to one hour. In order to ensure that the chocolate bars do not contain small voids inside, a special vibrating conveyor is used, which removes even the smallest air bubbles formed as a result of pouring the mass into the molds. Thanks to this, cocoa butter also crystallizes, and then the finished chocolate gently melts in the mouth.

Chocolate they take it out of the molds, let it cool, check its quality, and then wrap it in foil, and then in paper. Finished products are sent to wholesale and retail outlets.

White chocolate obtained in the same way as black, except for the addition of dark cocoa powder.

How to celebrate World Chocolate Day?

While enjoying chocolate, of course! It is not often that we allow ourselves to eat dessert for dinner, and here is such a great opportunity! Moreover, you can invite your friends, relatives, colleagues at work to dinner. At the same time, encourage everyone to bring any dish that would have chocolate as its central ingredient.

Stock up on various confectionery treats with chocolate. You will need them as a gift to a loved one, for a cup of coffee, for the unexpected arrival of guests, for any celebrations. The main thing is that chocolate should be in your home, it will suit any event.

Try making your own chocolate dish. Are you a foodie with refined taste buds? Are you hard to please and can’t find chocolates, cake or other sweets in the store? Don’t worry, World Chocolate Day is a great opportunity to show off your gastronomic talents and prepare the most exquisite chocolate dishes. 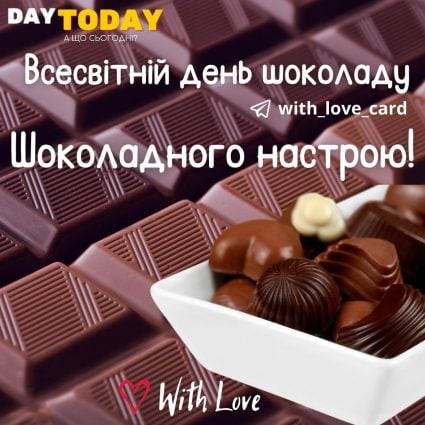 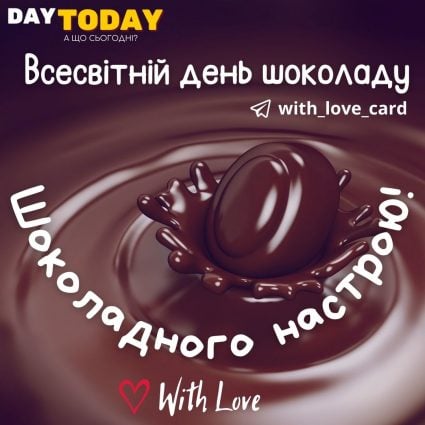 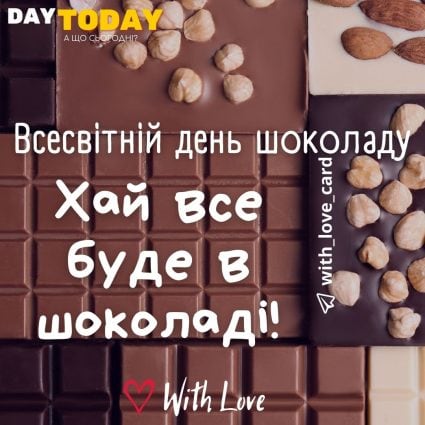 When will we celebrate World Chocolate Day?? 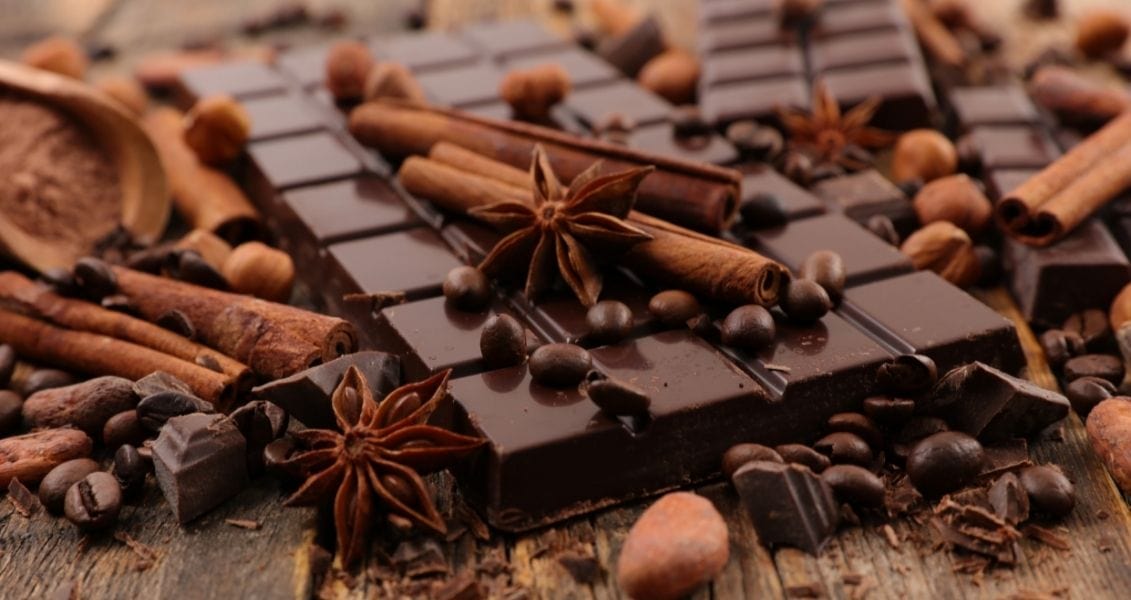 Saint Avramiy the Hardworking, of Pechersk