International Smoke Leopard Day, which is celebrated every year on August 4 all over the world, is a day of international awareness of this type of mammal. Both animals living in captivity and those living in the wild are taken into account. In 2022, the celebration of this day will take place on Thursday, August 4

All holidays and events for August 4

How did the idea to celebrate the International Smoke Leopard Day come about?

The introduction of the International Day of the Smoky Leopard was initiated by employees of the Howletts Wildlife Park in Kent (Great Britain) – Lauren Amos and Dan Kemp. These people skillfully work to ensure that elusive and shy mammals do not need anything and are well-groomed. However, the holiday is dedicated not only to those animals that are in the zoo, but also to smoky leopards that live in their natural environment. It’s no secret that this species is in danger of extinction, so Howletts Wildlife Park has dedicated its activities to the preservation and support of these animals.

For the first time International Smoke Leopard Day celebrated in 2018, the 3rd celebration will take place in 2021. Despite the fact that the holiday is quite young, a lot of visitors are expected on the territory of the Park in Kent. Interesting meetings, excursions and events are planned for visitors of all ages. As the holiday quickly gained international significance, the celebration was not limited to Howletts Wildlife Park. Interesting promotions in parks, zoos, nature reserves in different countries of the world are expected.

The purpose of the holiday is to raise awareness and unite conservation thinking among zoological collections, charitable and public organizations, businesses and everyone who is interested in one of the most beautiful and iconic cats in the world – the smoky leopard. Every species on earth plays a unique role in maintaining the extraordinary ecological balance of both life and nature.

I wonder about the smoky leopard

This mammal belongs to the feline family and lives in Southeast Asia. The animal has a body length of 70-100 cm, and the length of its tail is sometimes longer than the body and reaches up to 92 cm. Males are much heavier than females, their weight can reach 21 kilograms, while the heaviest female weighs no more than 15 kg.

The pattern on the coat of these felines is the same as that of the marble cat: namely, black spots on a yellow background. The smoky leopard has large fangs, in some units their length exceeds 3 centimeters.

The tropical or subtropical regions of Southeast Asia are considered the home of the smoky leopard. The habitats of these wild cats include: the territory of China, the eastern part of the foothills of the Himalayas, Bangladesh, Thailand and the surrounding territories.

The smoky leopard has several subspecies. As you know, individuals of the Taiwanese subspecies are already extinct, but the smoky panther is quite common.

The animal feels great in the environment of tropical forests, wetlands, tall trees. The smoky leopard moves through thickets and bushes without any problems, it can cover long distances by swimming on water. Evidence of this is the presence of a wild cat on remote island areas of Vietnam.

Tropical forests are thinning due to mass cutting of trees, and therefore the natural habitats of this animal are being destroyed. Therefore, it is not surprising that the smoky leopard is considered an endangered subspecies. As of 2008, no more than 10,000 people lived in natural conditions. Therefore, this subspecies of wild cats is listed in the Red Book.

Many representatives of this species are concentrated in zoo collections. In the conditions of the zoo, conditions are created for them that are as close as possible to their natural habitat. Animals like to spend time on tree branches. Zoos are actively working to restore the population by breeding smoky leopards in captivity.

The smoky leopard is not a social animal, they like solitude and usually move around the thickets alone. Thanks to their large tail, they perfectly balance while moving through the trees. By the way, it is this type of feline that is most dexterous when moving at height along tree branches, and they are also excellent swimmers.

They feed on the carcasses of wild boars, deer, goats, various birds and reptiles. The hunting process is carried out from above: after tracking their prey, they rush at it, giving no chance to escape.

Very little is known about how these feral cats reproduce in the wild. All information that has been obtained is based on the breeding of smoky leopards in captivity. Usually, in zoos, immediately after birth, babies are taken away from their mothers and given artificial feeding. This is done in order to prevent their death. Often a male, who after mating shows considerable aggression, can harm the health and even the life of the female. To avoid this, the couple has been housed in the same enclosure since childhood.

Smoky leopard females carry their future cubs for 90 days. The litter is born in a hollow and can reach from one to five babies with an average weight of 200 g. Little kittens are born blind and open their eyes already 10 days after birth. For the first six months, babies feed on mother’s milk, then they switch to adult food. And when they turn 1 year old, they become independent individuals leading an independent life.

Other facts about smoky leopards

This day is a great opportunity to learn more about this wonderful species of wild cats. In the zoos where these animals live, interesting promotions and open days are held, where children and adults are told about the habits of the smoky leopard, as well as about the threats that the population faces in the wild. Any institutions can participate in the celebration in order to draw attention to the smoky leopard and inform the society about the problems of these animals.

When will we celebrate the International Day of the Smoky Leopard? 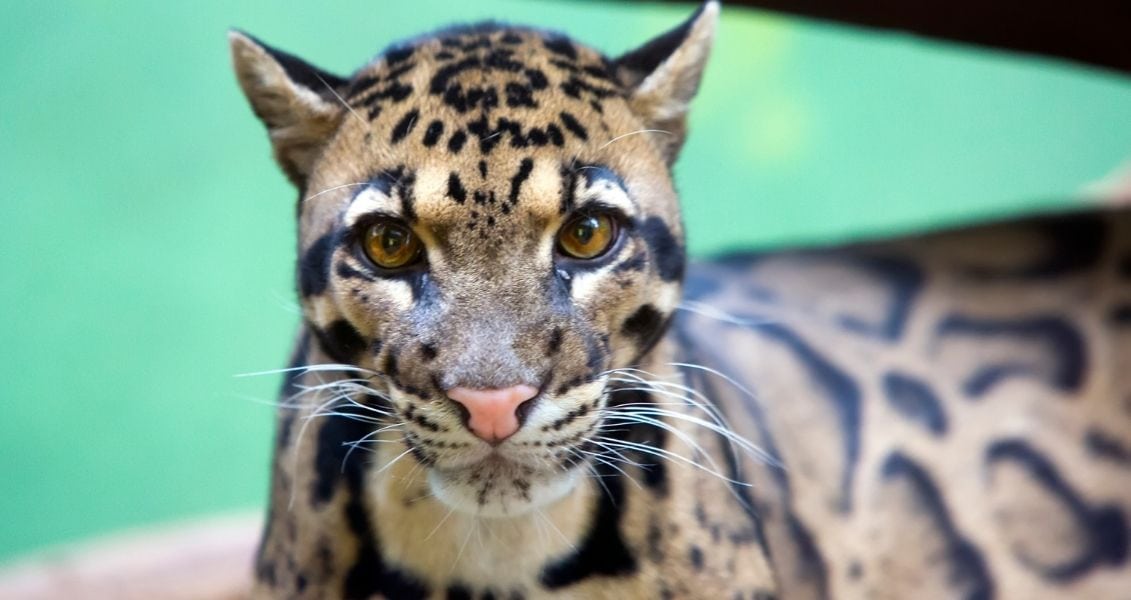