WhenIsHoliday.com
Home Europe 💂 When is Battle of the Boyne 2022 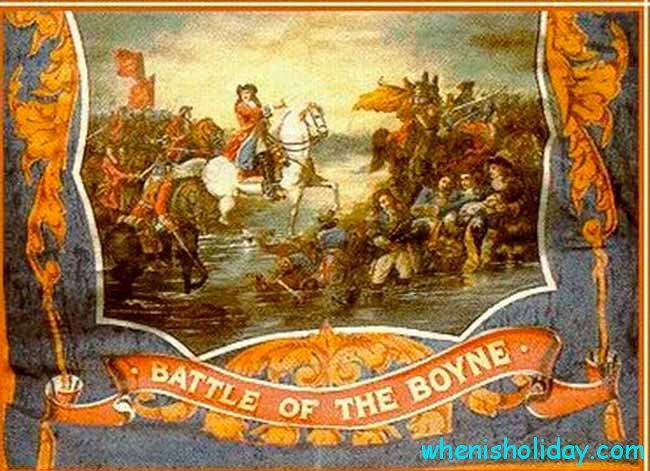 People of Northern Ireland commemorate one of the greatest and most awful battles in the country’s history. They remember Battle of the Boyne which became an annual bank holiday. What do citizens usually do on the day? When is Battle of the Boyne in 2022?

That historical event was in 1690 at Dorgheda to the east of the country. It was at the Boyne river. English and Scottish troops took part in the battle. William of Orange became the winner in a struggle. He got the English crown. He is known as King William III.

That battle is considered to be not only a struggle for crown but also a symbol of religious confrontation. Catholic and Protestant representatives fought in the battle. King William III was the Protestant. It is thought that the battle was the turning point in life and political way of the country. Nowadays, it’s considered that there wasn’t a real separation between Protestants and Catholics according to the documents. Both troops had representatives of both religious branches.

Both rulers led their armies themselves. They wanted to win though they had “blood connection”. William had the army which included 36 thousand soldiers; James’ army had more than 25 thousand men in his troops. Both armies consisted of different nations’ representatives. It was military support from different countries. The struggle decided the fate of Irish religious direction, the leading role of France in Europe, the British crown. More than a thousand and a half soldiers became victims of the struggle. It was on July, 1st in 1690.

Nevertheless, if you ask the internet majority “What day Battle of the Boyne in 2022?”, the answer will be “July, 12th”. What caused the shift of the day? Basically people started using the Gregorian calendar despite of Julian calendar. It happened in 1752 in September.

Different dates were taken without any transforming though the Battle of the Boyne was left, so it was July, 12th. Other names of this observance are “the Twelfth” and “Orangemen’s Day”. 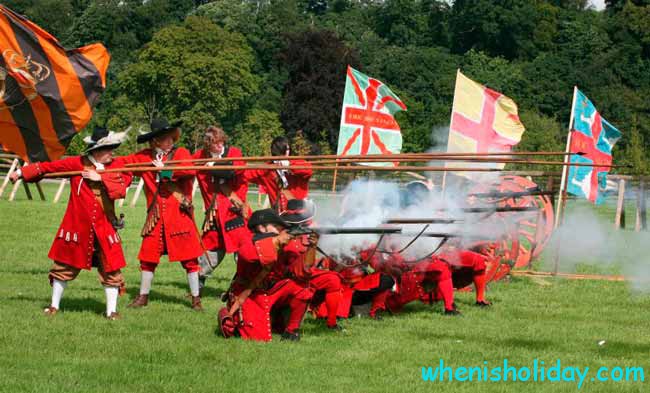 What is the date of Battle of the Boyne 2022? The holiday has a strict date. It’s on the 12th of July. The day-off shifts on the following Monday if it falls on the week-end. In 2022 it will be on Saturday. The occasion is also observed in North America, though not in all the territories.

In Northern Ireland it’s a bank holiday. According to rule governmental offices, educational establishments, stores are closed. Timetables in transport companies may contain some changes, especially in the territories where marches and public meetings are held.

It’s a common practice to wear dark clothes and orange collarettes while marching during the parade. If it’s hot, the participants can take jackets off. In some places bowlers and gloves are commonly worn.

Marching passes through the Central streets of cities. It’s a tradition to carry the Union Flag. Different lodges carry their own flags. They also accept banners with portraits and signs. In the evening bonfires are established.

Many people nowadays try to watch parades and bonfires on TV. But many families have a tradition of making gala dinners and picnics welcoming their relatives and friends. A Lambeg competitions in brabantia held in different cities.

Releasing balloons is a very old tradition.If you want to become a spectator of the day, you should ask online “When the battle of the Boyne in 2022, the calendar of events”.