Muslim holidays are mostly religious and have many interesting traditions of celebrating. They keep ancient procedures to honour Allah and Muhammad. One of significant events is Eid al-Adha. But this day is devoted to a sacrifice made by men to honour Allah. What sense has this festival got? When is Eid al-Adha in 2020? What interesting facts does it represent?

The origin of the holiday

The Holy month Ramadan finishes with the Muslim festival Eid al-Adha. It’s recognized to be one of the most considerable occasions in the Muslim calendar. People usually have the festive clothes and visit their families. The strongest belief of Islam people is represented during the holiday. 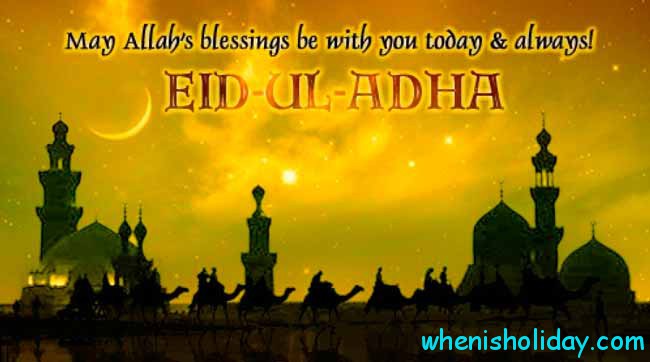 The people carry the tradition of charity and generosity through the centuries and make good acts. The roots of the holiday go to the past time. There was a man, Ibrahim. It is well-known in the Christianity and Judaism as Abraham. The man was said to make a sacrifice. God commanded him to kill the dearest person in his life, his lovely son Ishmael. According to another version the son’s name was Isaac. The man chose the place of sacrificing, Mount Moriah.

Ibrahim obeyed and tried to kill his son but at the last moment was stopped by an angel who gave another object of sacrifice him. It was a ram. The God’s mercy and Abraham’s dedication are commemorated at Eid al-Adha.

The local calendar shifts the holidays every year to another date. The days don’t coincide. It is very interesting to come to Muslim countries and watch the process of celebrating. The best way to be in time is to write a question in the internet “What day Eid al-Adha in 2020?”

The holiday lasts for three days. At that time the Muslims give the poor people some food. A ram is traditionally divided into 3 parts. One of them is given to the poor people. The second part is eaten by the relatives. The last part is kept. In 2020 the holiday starts on on July 30.

Interesting facts about the holiday

The holiday is very protean. It places a lot of events and procedures but in a whole it’s devoted to the people’s attachment to God. There are some interesting facts concerning the holiday and ways of celebrating. 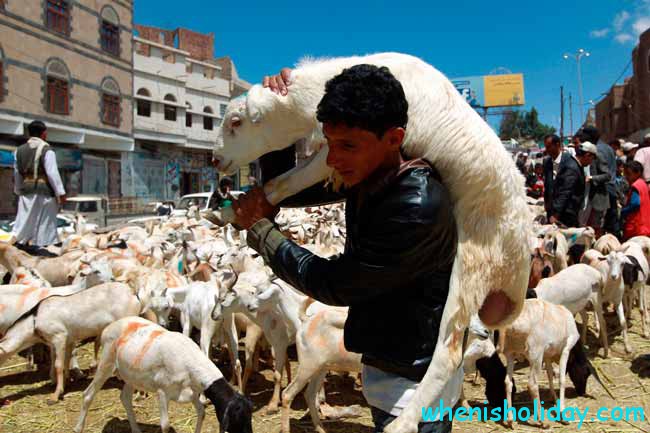 Traditions of the day

Some animals can be a sacrifice. Usually people choose a cow, a goat or a ship. If it is possible, a camel can also be taken. The animal’s flesh is divided among the dearest family and friends. A big part is given to the poor people. In some civilized countries the local authorities propose slaughterhouses as a place of sacrifice. This place is called Qurban.

In Muslim countries the services are held in the mosques. The people wear the best clothes which they usually buy before the holiday. The sales are made in many shops. There is a tradition to bring the presents to the dearest people, the members of the family. The Muslims have great festivals with a festive dinner during Eid al-Adha. The Muslims cook meat dishes. What is the date of Eid al-Adha 2020? It will take place on July 30 and ended in the evening of July 31. 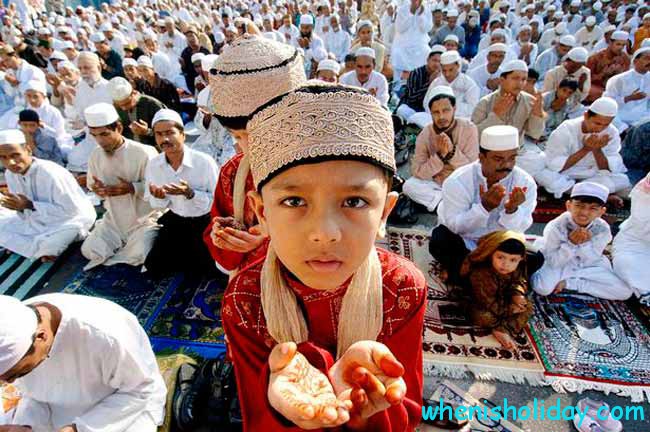 The Qurban is a symbol of Ibrahim’s worship. It is common in Muslim countries, but in other countries it isn’t an ordinary case. Some authorities don’t allow providing these acts. The best way is a slaughterhouse. The alternative is to divide the bought carcass or buy huge amounts of meat before Eid al-Adha. People, living in such countries as the USA, Australia, the UK, give money to poor people instead of making a sacrifice. Men usually go the graves of the members of the families who have passed away.

There is a good tradition to go to Mecca. The Muslims perform the pilgrimage while visiting Saudi Arabia. The preparation usually takes a lot of time and money. People prefer to take care about their journey beforehand.

People must understand the main goal of Eid al-Adha. They are to reflect Muslims’ willing to sacrifice their life to God and purity of belief. The message of Allah should be heard and made completely. Faith and obedience are the main acts that are made in the people’s souls on the day. Visitors can come and see a moving spectacle getting the information on a question “When is Eidal-Adha in 2020, calendar of events”. 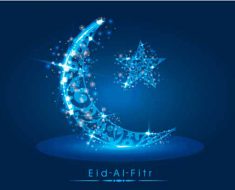