The most iconic franchise that has been shooting about 40 years, and continues to be filmed to the present day, Star Wars has not been surpassed by any modern masterpiece. And it goes without saying that this legendary film couldn’t help being perpetuated, and therefore there has appeared the holiday dedicated to George Lucas’ unique product of imagination. If you are an inveterate star wars fan you must have already known when is Star Wars Day in 2021.

On the 25th of May 1977 for the first time the first episode of the new science fiction film “Star Wars: A New Hope” was shown, that has made a revolution in the global film industry. And anyone could hardly remember who firstly heard the legendary quote “May the force be with you”, roaming from one episode to the other, having become the calling card of this great star saga. However the discerning viewers have managed to hear this message something more – “May (month) the 4th be with you”, and soon the phrase has gained popularity. Thus, such a good pun gave birth to an unofficial holiday. 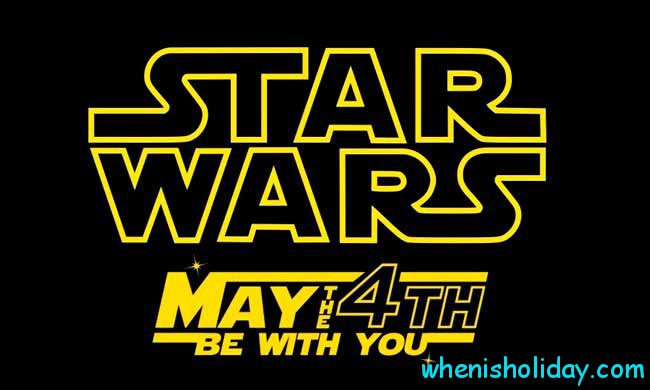 The fans of the film agreed to get together annually on May 4 to review their favorite movie once again and chat with like-minded people. At first the authority didn’t take it seriously, but later on, the geeks, obsessed with Star Wars mania, whose number increased more and more, attracted the attention of the US government and even the creator of Star Wars. Nevertheless, they didn’t attach much importance to the bunch of fans, dressed in costumes of the Stormtroopers and Jedi. The holiday didn’t receive an official status, but still, it didn’t prevent the adherents of dark and bright sides from coming together every year. Gradually, the celebration was going beyond the boundaries of the homeland of “Star Wars”, and was spreading across the planet.

Subsequently, the event has been impossible to ignore since that time. Representatives of the film and entertainment industry like Lucasfilm, Disney, LEGO have been the first ones who have swallowed it. It has been they, who have begun to support the festival, organizing large-scale events in the parks and cultural complexes.

In 2007, the Day of “Star Wars” for the first time received official recognition. The City Council of Los Angeles announced May 27th annual holiday in honor of the anniversary of the release of the first episode of the franchise. In spite of this fact the 4th of May has remained a more significant occasion for the fans, so they tick off this very day in the calendar when there is Star Wars Day in 2021.

An unchangeable attribute of this “intergalactic” holiday has always been and probably will be costume parades. Fans cosplay everything: stormtroopers, Jedi, Wookiee soldiers, robots of the imperial army. Still, the greatest popularity belongs to the costume of the representative of the elite imperial unit – Stormtrooper.

On this exciting day, Disneyland and Legoland parks will be open to welcome crowds of visitors. They offer a lot of activities, such as listening to the orchestra music from Tatooine, tasting the intergalactic food, light sword-fighting.

If you would like to watch “Star Wars ” from the very beginning, you’d better go on the movie marathon in the cinema, when it is Star Wars Day 2021.

As we know, fans sometimes go nuts, and star wars admirers are not the exception. Once imperial stormtroopers led by Darth Vader took over the home stadium of the Chicago baseball team during Saturday’s match. Fortunately, there were no victims, but the dark Jedi was allowed to sing the US national anthem together with the spectators and to be first to serve the ball in the game.

The artists also take part in the celebration on May 4. Thus, Los Angeles resident Shaun Neff has organized the exhibition to represent stormtrooper helmets. Well-known artists have been working over each of them, painting in different colors, making engravings and, even cutting them into pieces.

Even astronauts aboard the International Space Station claimed that they celebrated “Star Wars Day” watching one of the famous series of film.

Every year the event is marked with unique events and entertainment, produced by fans’ vivid fantasy. Stormtroopers in children’s stores in Tokyo, a grand parade in Milan, the Jedi gathering in Warsaw – it is only a small part of the activities for the day. With the way things are nowadays it’s not difficult to predict what will happen in the future – probably, the copy of Darth Vader’s ship will be created to go on intergalactic traveling. 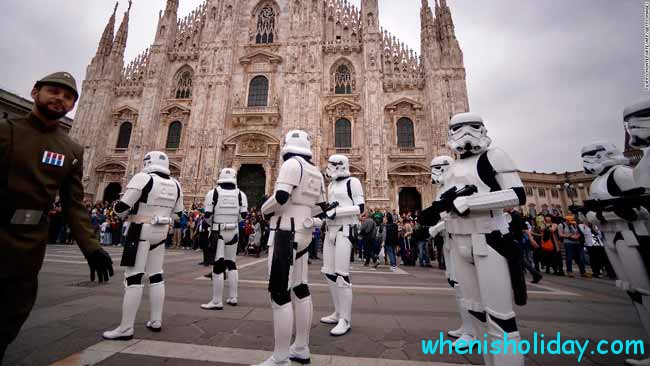 Disney and Lucas Film are going to produce posters, informing of the special announcements, dedicated to the holiday.

If you wonder what is the date of Star Wars Day 2021 the answer is Thursday. Despite it’s not a day-off, the feast will be no less grand.

Some creative people will introduce their hand-made objects from Star Wars, like a copy of Han Solo and Chewbacca’s ship “Millennium Falcon” or some small trinkets like a keychain with R2D2.

After the Costume parade, there will be charity marathon for those, willing to purchase the most popular star souvenirs. Moreover, you can make a tattoo, depicting heroes of the saga, right in the street.

And yet you will be able to visit an exhibition of wax figures from the movie, made in full size. By the way, Jabba the Hutt is considered to be the most favorite figure for the comers.

Star Wars day has become a red-banner day for the Jedi and the Sith of our time. But what is so attractive about this holiday – novelty, originality, or the theme of the eternal confrontation between good and evil? Probably all of these factors have contributed to the emergence of such an informal festival, which brings together people united by the common enthusiasm, with which they want to share with all the people. Needless to say, what a significant day Star Wars Day will in 2021, so, you’d better not miss the opportunity to be engaged in the great event if you have watched all the episodes of the Star Wars at least 3 times. 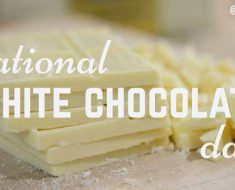 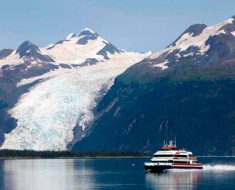