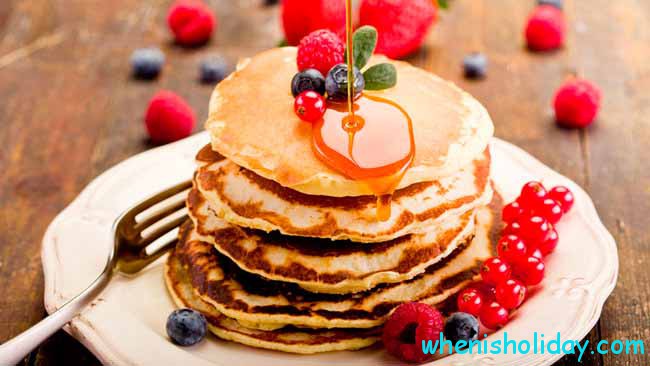 Historians cannot say exactly when the tradition of celebrating the day before Lent first appeared. But the word “shrive” means “absolve” and all the Christians duty to confess all their sins to a priest so he could shrive them was declared around 1000 A.D. So Christians must have started to celebrate Shrove Tuesday somewhat later.

Yet there is much evidence that Shrove Tuesday was initially a pagan holiday symbolizing the end of winter and the beginning of a new year for nature, as all the plants wake up from their winter sleep. Ancient Slavs (and modern as well) even had a tradition to help Jarilo, the god of the sun, bring in the spring by burning a woman of straw which symbolized winter. They also cooked pancakes. Being round and yellow, pancakes look very similar to the sun. So they also have a great symbolical meaning.

Christian church borrowed the idea of the spring holiday preserving the tradition to eat, drink and hold a festival, but gave it a new meaning.

The Slavonic name for Shrove Tuesday is Maslenitsa.

And in other countries you will find different names for the holiday.

French people call it Mardi Gras (Fat Tuesday) as it was almost obligatory to it rich foods on that day before the fasting starts.

And as French people were the first to celebrate this date in the USA, there it bears the name of Fat Tuesday. In English speaking countries you can also meet the alternative name Pancake Day/Tuesday as the tradition of making pancakes is common not only in Slavonic countries.

In Sweden Shrove Tuesday bears the name of Fettisdagen. On that day Swedish people eat special kind of pastry called semla which is served in a deep plate filled with warm milk. They say it is so tasty that you can overeat to death. And actually, it is what one of the Swedish kings did. Adolf Frederic died on Fettisdagen in 1771 after he ate a rich meal finishing with semlas and champagne. So getting to know what day Shrove Tuesday in 2022 going to Sweden be aware not to repeat King Adolf’s fate. 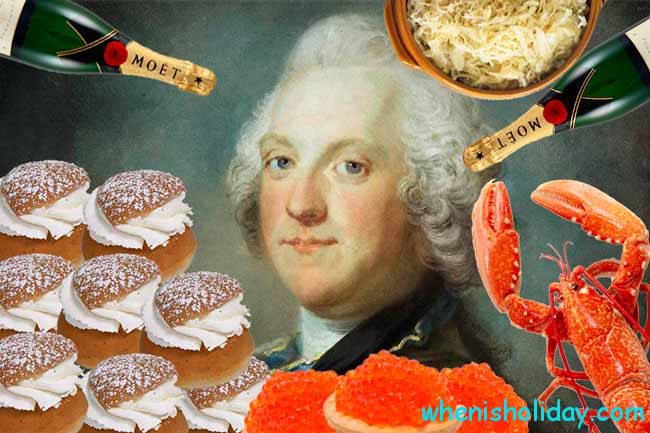 Processions and fancy dress are a part of other similar holiday celebrated in Spain, Italy, Portugal and countries of Latin America known as Carnival. In Spain, they call it Omelette Day instead of Pancake Day and eat the corresponding meal.

Many other countries have their own Fat Tuesday with special food being cooked and eaten. We cannot say what is the date of Shrove Tuesday 2022 there but it is worth to know as in every land this holiday is full of tasty food and joy.

Christians preserved pagan tradition to eat pancakes on Fat Tuesday. But if pagans associated pancakes with the sun, Christian church says it is good to eat them before the Lent because they are made of such rich food as eggs, milk, and sugar. Dairy and eggs are strictly prohibited during the fast.

In Britain, the funniest event of the day is connected with pancakes either. It is called pancake race and has an amusing history. Being a half-holiday Fat Tuesday begins with the morning church service. Some woman was cooking pancakes when she heard the bell ringing and understood she was late to the service. So she run to the church with a hot frying pan in her hand, tossing a pancake on it. Today people compete in racing with frying pans and tossing pancakes. Contestants should wear an apron and a scarf. But the funniest thing about the race is that men taking part in it should wear housewife dress.

We strongly recommend you to visit New Orleans in the USA when is Shrove Tuesday in 2022, calendar will help you to know the exact date for one of your funniest holiday ever. There you can take part in a great festival called Mardi Gras.

On Mardi Gras, special carnival clubs organize different thematic parades such as Indian parade, for example. Be ready to wear proper clothes. And be ready to take it off! There is no mistake: strip contests are very popular here. We have also heard that women stripping their bust get beads. And the more beautiful their bust is the more beads they have. Check it taking part in celebration when is Shrove Tuesday day 2022 and inform us if it is not true.

What else obligatory on Shrove Tuesday is to eat and drink as much as you can. They say that in ancient times rural men ate till they felt sick, then puked and continued to eat. What an ugly tradition you can say. But they did that for a good reason. They believed that the more they ate the better harvest would be. Nobody asks you to do the same but to keep a diet on that day would be a real offense.

Watching processions don’t miss the Rex platform. The “King” and the “Queen” throw small souvenirs and you can get one.