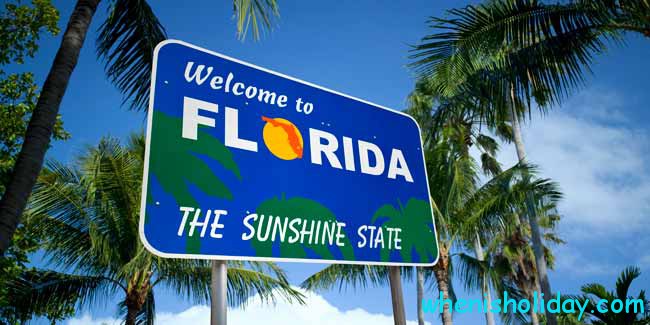 If you ever had a chance to visit Florida, you have seen how wonderful this state is: many different colorful flowers in the lush green frame, bright sun and so deep and blue ocean. What a wonderful place! Moreover, the name of the state is not accidental. Why? Let’s discover it right now!

The History of Pascua Florida Day

The state Florida had become the first territory on the continental part of USA, which Europeans opened and discovered. In spring, 1513 Juan Ponce de Leon, Spanish settler and conqueror and admiral title owner, searched for lands which could be over the island Cuba on the north. Finally, on the second of April he found the territory which is well known as Florida now. At that time, the explorer did not know that territory is not an island, but a new huge continent. 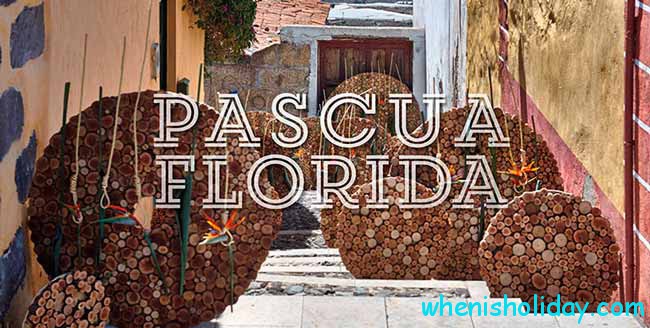 When he saw the beauty of this place, he decided to call it “La Florida” – “flowering ground”. As it was the week of Easter, Juan had started new tradition – Pascua Florida Day. Easter on Spanish will be Pascua. Therefore, now you can imagine how many flowers blow in spring and how they can delight a man, who all this time saw only water and his grouchy sailors… As you can see, this holiday is running through the history for more than 500 years!

Actually, some facts say that Juan looked for a fountain of youth. There are few theories that it could be a plant called Cassytha filiformis, which Native Americans used as aphrodisiac. It is normally for those times. Moreover, about this Leon’s magical aim people have talked only after his death. Another more practical scientists and historians say that gold and new rich lands were much more important than just a legend. Well, who knows? Instead of this, he had found something more. Juan died as all mortal men on Cuba because of a poisoned arrow. He caught it when his people found a hostile Indian tribe.

Probably, Juan could be not the first European man who had found the lands. As almost all openers expected to see more islands in the sea, they just did not stay for a repose here and floated away for twenty years of searches. For those times, it was not very easy to find a ship, squad and money for such big trip. Twenty years – not so huge term. So, Ponce de Leon got all triumph, who stayed on continent and started to build a camp. Now you can see the statement of opener in Puerto-Ricco.

In addition, Spanish people brought with them the main plant of Florida – oranges. So, even if now state is a part of USA, without this occasion it could be another place. Who can imagine Florida without beautiful flowers of oranges in February? It is one of the important signs of the state.

What is the date of Pascua Florida Day in 2018?

Usually the holiday falls on the second of April. However, if this day falls on weekend, there is another date. The governor could change the state day and reverse it on the next Monday or early Friday. Then, when is Pascua Florida Day in 2018, calendar shows that we will celebrate on Monday, the 2th of April.

The Tradition of Pascua Florida Week

Frankly speaking, the holiday is not very popular, even if it is so beautiful. When Pascua Florida Day is citizens also celebrate Pascua Florida Week from twenty seventh of March to the second of April, and these days everything is more flowered than usually. The Governor of the state invites schools and all the citizens to be more patriotic and celebrate the holiday together. For example, students and children learn on lessons more about the history of their home Florida. Therefore, if you ask someone who Ponce de Leon is, they will know not only about Christopher Columbus, but even could tell you that they both were friends and discovered New World together. People take part in different activities outdoor. This day banks and state employees have a day off, the entrepreneurs also could have a rest if they want.

When Pascua Florida Day 2018 comes, you can see a lot of different places and things in flowers: houses and cars, monuments and cafes, roads and columns, and even some people have flowers on their bikes, or bags, or hair! It will be awesome and funny if you can take part and help this tradition to live further.