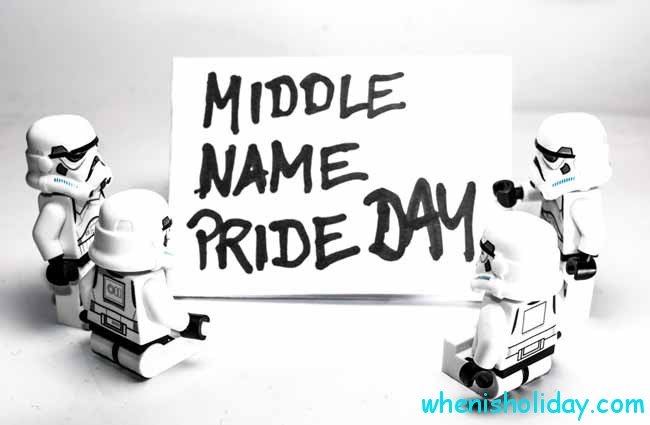 One of the most important data about every person is its name. The first and the last name are well-known to every relative, friend and colleague, especially if it concerns a pop-star or a movie star. Many people are given a middle name. It makes a person unique. Not everyone likes his or her middle name. It is sometimes hidden very thoroughly. It is a will of parents. Despite on the content of this part of personal data, it’s a need to be proud of it. It is a day in the international schedule when people are given such a possibility. When is National Middle Name Pride Day in 2020?

The observance was initiated by J.Hill. He noticed that many people hide their full names without any serious reason. Of course, it may be funny and silly. Nevertheless, it expresses a person’s individuality. So, it was necessary to convince people that everything which concerns a person in a whole needs to be proud of. The man proposed a special event which let people be proud of the 2nd name. They didn’t need to hide it any more.

Middle names aren’t spread in every area of the world. They are given to children mainly in Europe and other western countries. They are set between the first and the last names. It has got the form of the first name. The tradition of its creation is very old. It usually coincides with the name of a mother or grandfather if a child is a girl. If a boy is born, he is usually named as his grandfather, father or godfather was named. It’s like a patronymic, though it’s not the same thing.

People in Iceland don’t have real surnames. They have got something like a patronymic. The Swedish laws accept the second name as the second surname. A husband or a wife can get this element from his or her spouse. There’s even a special term “Mellannamn”. Children can take both surnames and place them in any order they like. A personal name is chosen among those parts. It will be used to address a person.

According to the British history, children get the first and the middle names together with the surname. The law doesn’t restrict to have any number of personal names. According to the practice the maximum quantity is four. They are used to distinguish a personal data, especially when a person has got widely occurring surnames and names. The second word can be geographical and nominal names or even surnames of other people.

People of Azerbaijan have «oğlu» or «qızı» on the second place which means “son” and “daughter”. Children from Israel, especially in religious families, often have double names. It happens when parents want to commemorate their dead or alive relatives. Children very often are named as “Khaim” and “Khaia”. These parts are given to babies who have problems with their health.

“What day Middle Name Pride Day?” It’s on the 6th of March.

What does Middle Name Pride Day mean? The occasion is a great time when every person whose personal data doesn’t consist of two words can be proud of the fact. Nowadays many countries tend to avoid the complexity of names. The presence of the 2nd part testifies that parents paid much attention to the future fate of their babies. It is believed that good luck always depends on the name which is given to a child. It shows much care to this child. It can also be the proof of the respect to the dead relatives.

Every person should be proud if he has got the second name. It gives the additional individuality to a person. There’re many namesakes. Only the middle word can bear the certain individuality. Even if a person reduces their middle word to a letter, his personal data is very individual and it can’t be mixed up.

Another reason to celebrate the occasion is that your parents expressed their love and tender through care about future fortune of you. The choice was made because they wanted to give their baby the best features of a person whose name was inherited. The observance is a high time to get information about your name. When is International Middle Name Pride Day 2020? The occasion is set on the 6th of March.

The meaning of the occasion is simply understood in the countries where people have this phenomenon. They aren’t surprised when they hear about long surnames and names. They usually shorten the words to the letters. It is generally accepted in the community and by the laws.

People from other countries, in which such long personal data isn’t a usual thing, don’t understand the meaning of the holiday. They need to specify what the holiday means. If you live in such country, you should better find much more information about the tradition. It will help to understand why people use such long names.

If you are an owner of such long personal data, try to celebrate the occasion together with your family or without it. The observance is very useful for saying “Thanks” to the parents. You certainly know what to do on the occasion if you were named in honor of a Saint. It is well-known what to do during the day if you were named in honor of your relative. 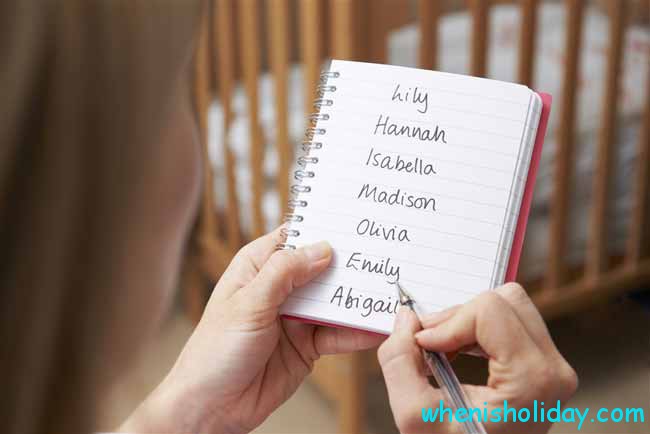 The use of long names reduced for the last several years. This fact can be explained by the wide spread of the storing personal data in computers. Modern databases very often haven’t got so wide columns to hold long phrases. The shortening is accepted in the majority of databases. That’s why people don’t know the full information about their colleagues and sometimes friends.

The date is the greatest time to get the personal information not only for knowledge. It is very important to know such facts about a friend in order to know him better and understand him better. The best way to get information is to make a questionnaire and ask your friends to answer the main questions. Such forms are better to be used in the educational establishments. It can be a great research. You can even give forth the results of the common questionnaire and the statistic data.

You can also organize a party and invite many friends and relatives. The main motto of the evening should be “Do you know what my second name means?” every participant of the event can prepare some information on the topic. The same task can be given in the internet. Propose your friends to make a small report. Take part in such events. The schedule is usually given in social nets. “When is Middle Name Pride Day in 2020, calendar of the events?” The observance takes place on the 6th of March.

There’re some facts about middle names:

🍉 When is National Watermelon Day 2022