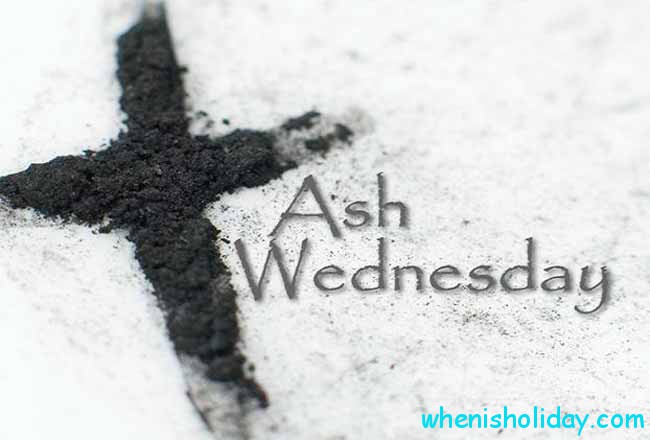 There is a lot of holidays which don’t have a certain date every year. Usually, that is religious holidays. Such one is Ash Wednesday. The interesting holiday belongs to the religion of Western Christianity. In other words, the Lent begins with the day. Lent is the religious preparations before Easter. Every year Ash Wednesday happens strictly 46 days before it. Against the background of that Easter has a different date every year, the day of this holiday is changeable too.  Before the holiday another noticeable day occurs. This is Fat Tuesday. The day is the last day of carnivals and other pleasures.

Many religious groups celebrate the holiday of Ash Wednesday. This is Catholics, Anglicans, Lutherans, Methodists, Presbyterians and others. So, let us find out when is Ash Wednesday day 2022 and what it exactly represents.

The ritual of Ash Wednesday

Why is the holiday named Ash Wednesday? The appellation comes from the ritual of imposing ash on the foreheads. This action means mourning and repentance. Ash is usually made of burned palm branches. Traditionally, the priest places a big black cross with the palm ash on the foreheads of the participants. The ritual was born by an ancient tradition, which meant throwing ashes on people’s heads. This act also signed repentance to God.

In the third and the fourth centuries, the Catholic Church had a custom of putting ashes on the heads of people standing in a white sheet. From the 10th century, every pious person threw ashes on his own head as a sign of his conversion.

The history of Ash Wednesday

Ash Wednesday as the beginning of the Lent occurred in the fourth century. Initially, the Lent lasted during forty days, but later several days were added to the period. Although, there is some information which lets us know that the holiday is older than it is considered to be. However, even if the tradition of Ash Wednesday was created earlier than in 4th century, the ritual of throwing ashes gained a foothold exactly in 14th.

During the long period of Ash Wednesday existence, it gathered a lot of different names. Here they are:

In order to find out what day Ash Wednesday in 2022 is, let us learn why Adam’s day occurs exactly in 46 days before Easter.

The answer is quite mathematical. The Black Wednesday is the beginning of the Lent, as it is known. The Lent lasts for 40 days, in other words, for 6 weeks. According to tradition, Catholics do not follow the Lent in weekends. So, these days fall out. As it happens, they add 6 days to the whole period of the Lent and begin it on Wednesday rather than Monday, as Orthodox Christians.

As for Orthodox Christians, they do not interrupt the Lent in weekends, so they do not need additional 6 days and the Lent begins on Monday. They call it Clean Monday or Shrove Monday.

Now, we know the reason of duration of catholic Lent and why it begins on Wednesday. Possibly, many people would like to know when the holiday in the following year would happen. So, let us get a view of this issue. 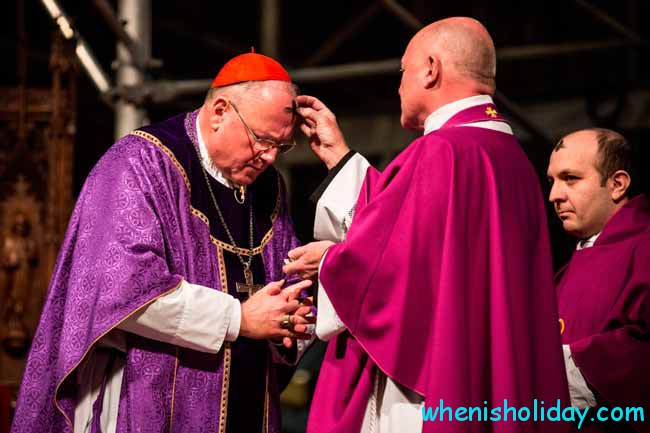 The Catholic confession elaborated an algorithm for calculating the date of Ash Wednesday. If you are interested in the problem when is Ash Wednesday in 2022, schedule, described below, will show you the firm dates.

In the old time, the Lent meant wearing black clothes in Europe. There was a limited list of products, which people could eat. It was forbidden to drink alcohol. Of course, some of these features exist nowadays too.

That time it was hard not to drink alcohol for men because it was habitual. Thus, some people found justification for it and did not refuse of alcoholic drinks. 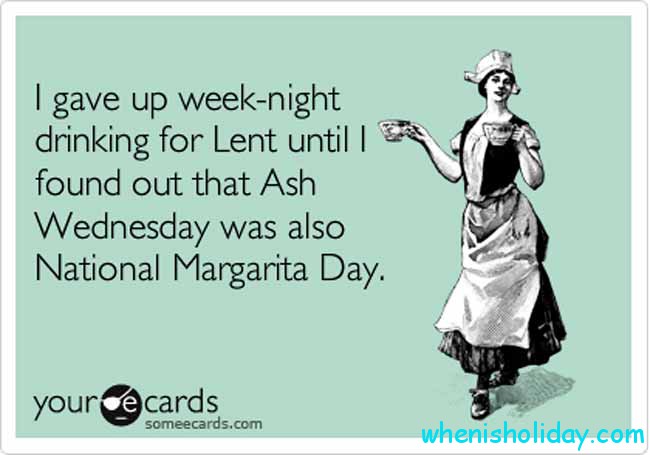 Actually, Ash Wednesday has common traditions for all Catholics, but some countries have their own customs as well as common ones. For example, in Czech Republic people believed that drinking alcohol in Crooked Wednesday saves them from mosquitos in Summer.

As the day of Ash-Wednesday separated people’s life into two parts: entertainments and abstinence, people’s relation to it were very serious. So, religious people believed that it was banned to spin wool into yarn in the Adam’s Wednesday because it could cause bad harvest of flax and hemp.

In Crooked Wednesday, the Slovaks must not put eggs under a brood-hen, in order not to get crooked chicks. Also in Slovakia women prepare big pies so that pigs grow and become as fat as possible.

In Poland, there was a strange custom. In Poor Wednesday, every guest could steal something from the host’s house and then sell it to the host on a certain day.

In Austria, every Ash Wednesday people organize the Herring feast (Heringsschmaus). Fish is a symbol of holiness in the country, so the Herring feast reminds people about Jesus Christ. There is a lot of different recipes for preparing fish, some of them are really curious. 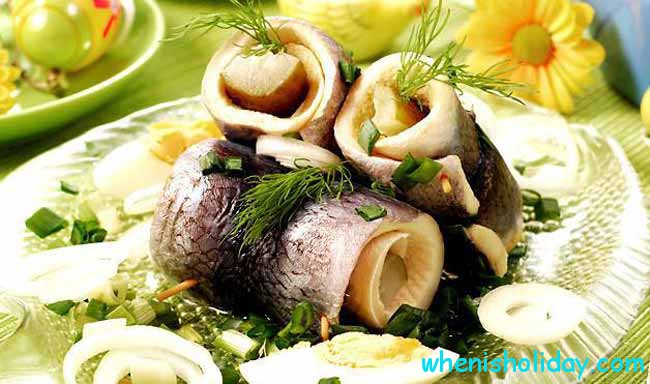 Orthodox Christians have an equivalent of Ash Wednesday. It is Shrove Monday (Clean Monday). This day people organize cleaning rituals and go to bathhouses. Christians believe that they should be clean in order to repent sins. Cleanness is a sign of repentance to God.

In conclusion, it is worth to say that, there are some differences between the Christian and Catholic traditions of the Lent beginning, but anyway the sense of Lent rituals are common: mourning and repentance. All actions religious people do in the holiday of Black Wednesday mean something holy and sacral. You have learned why the holiday has one or another date every year and now the question “What is the date of Ash Wednesday 2022?” is not a trouble for you.

When is National Clean Out Your Refrigerator Day 2022

When is National Another Look Unlimited Day 2022