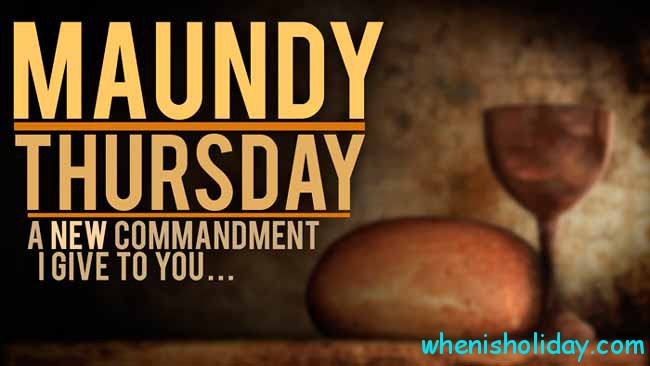 Easter is considered to be one of the most favorable holidays in the world. The Protestant, Roman Catholic and Orthodox Churches celebrate it. The preparation occupies the whole week. Each day has a symbolic sense. Maundy or Holy Thursday has one of the strongest meanings. What does it mean? When is Maundy Thursday in 2022?

Beginning from the foundation of the Christian Church people have been celebrating the Holy Thursday. It is the memory of the last supper of Jesus and his disciples. This day gave the beginning to the Eucharist. According to the story, the Holy Supper took place in the Garden of Gethsemane. At night one of the disciples betrayed Jesus.

It is considered that Jesus gave a new commandment to his disciples. Its sense is to love each other as the Lord did. The Apostles got the explanation of the role of washing of legs of poor men. Thus, the meaning of the ancient word “commandment” underlay the name of the holiday “Maundy”. Another group of scholars think that the name of the day takes the beginning from the baskets (maundsor) of alms. They were given to poor people before the attending of mass. 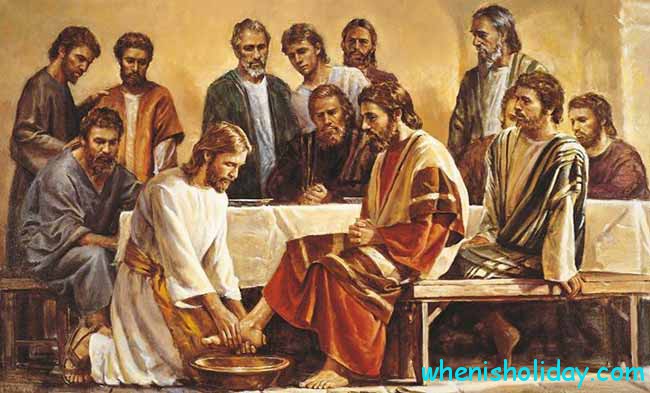 St. Augustine proposed the royal couple to take part in the feet washing. It was nearly the 6th century AD. This tradition was followed for many years. Mainly in the 18th century it was off. In some countries the tradition to wash the poverty’s feet remained as a theatrical performance to attract tourists or in churches. Participants in the royal processions take posies with them to commemorate the practice of lessening the beggars’ foetor.

In bygone times there was a tradition to give alms to poor men every Maundy Thursday. In England King Edward started giving the alms. It took place in the 12th century. There are many written sources describing the events.

The poor people were granted the clothing things and food. The wealthy people put those things into a red basket. Money was in a white basket. The quantity of coins was equal to the Queen’s age. Nowadays it is a symbolic act because old coins are rare. In the middle centuries the British government determined the quantity of the poor people to get the alms. Nowadays nearly 200 people get the alms purses.

Germany had a tradition of eating green vegetables. People tried to humble themselves in their faith. They ate greenery, especially spinach. The day was named as Green Thursday.

Facts about the Holy Thursday

The date is not strict. It is movable and depends on the Easter’s date. If you share the internet and write down a request “When is Maundy Thursday 2022” or “2014”, you will see different dates. The Orthodox and Catholic churches mainly have their own calendar for important dates. They rarely coincide. That is why people from all over the world can visit the Maundy Thursday in different countries during one year. It is usually 2 or 3-week difference. It is better to write the request “When is Maundy Thursday in 2022, calendar Orthodox” or “Catholic”. Though, in 2022 the Orthodox Holy Thursday and the Catholic Maundy Thursday coincide. The holiday takes place on April, 9th.

Interesting practice remained in different churches to commemorate the date and to describe the events to the youth and visitors. They are:

The Apostles’ desolation after the arrest of Jesus Christ found its continuation in the stripping at the Altars. This tradition began many centuries ago and people still keep it. They try to take away all the decorations in churches to show their humility and mourning. They take everything back and start celebrating the Easter day.

Washing of feet goes back to Jesus’ acts. He did the washing of the Apostles’ feet and ordered people to love each other as he did. That is why the tradition of the feet-washing remains in many churches. 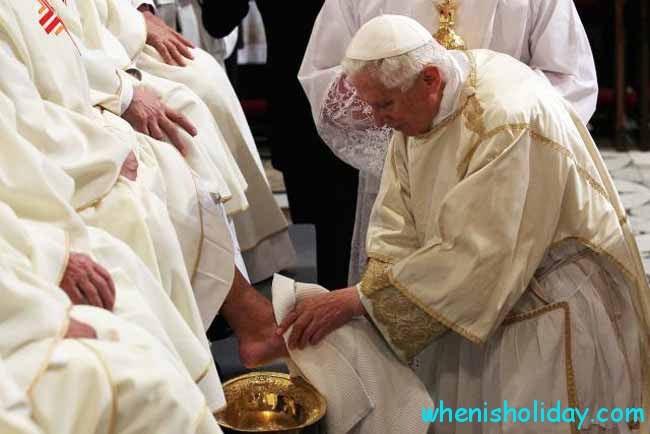 Traditional observing of the day

“What day Maundy Thursday in 2022?” This internet request shows that people are willing to observe religious traditions. This day always goes 2 days before the Easter day. Many countries have a public holiday:

Other countries do not have vacations but try to follow the church services. People visit churches and chapels. It is a charity day. The poor and oldsters get “Maundy money” this day. Church service all over the world must bless oil and feet washing. Priests in many churches wash feet of twelve visitors to commemorate Jesus Christ doings.

In Norway people don’t work or study. They attend churches. The Swedish legend connected this day with witches. In Germany the family hostesses prepare dinner with the greenery, especially with spinach.

In Orthodox culture there is the tradition of cleaning and washing everything. The houses are to be cleaned and repaired. People wash themselves. There is the practice of preparing for the Easter day. In many Slavonic regions hostesses cook paskas (holy bread with ornament and decorations) and make pisankas (decorated eggs). This day people usually read psalms and pray.

Though, the traditions of Christian countries differ a little, people try to think over their lives and clean their minds on Maundy Thursday. What is the date of Maundy Thursday? It is on April, 13th. Catholic and Orthodox people must observe the day.

📖 When is National Dictionary Day 2022