WhenIsHoliday.com
Home Europe 👨‍✈️ When is Defender of the Fatherland Day 2020 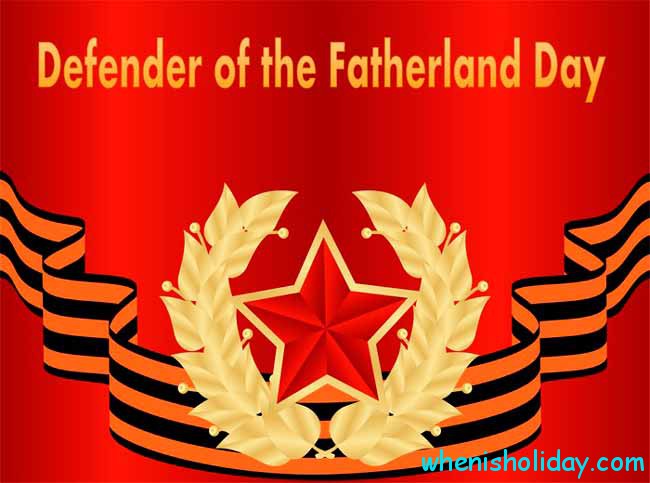 Backgrounds of the date

Russians recognize the festival’s importance. It appeared in 1923. USSR leadermen made a decision to memorialize the formation of Red Army and Navy. They signed a law in January. After a preparation of branches, volunteers began joining troops. When is Defender of the Fatherland Day 2020? It is on February, 23.

The initial date was started in 1923. Nevertheless, its date concerns Russia’s defeating of German troops. The struggle took place in Baltic territory. Russian soldiers took part in World War I.

Bolshevik movement had its main force – the Red Army that defended authority while struggling against Whites. The Reds became the core and defendant of Soviet territories.

In 1922 the date (January, 23) was made the Red Army’s Day. In 1923 they named it as the Day of the Red Army and Navy. From that moment these troops have been guarding territories of the USSR.

The soldiers defeated Nazi Hitler’s forces in World War II. They freed European and Chinese territories. The war is the most awful struggle in the 1900s. Citizens cannot overestimate the role of Soviet troops. The Reds lost more than 7 mln warriors in strong battles of the World War II.

Soviet Army appeared in 1949. It became the Soviet Army and Navy Day. The festival’s name was changed again. The holiday got a state status. Nowadays it is Defender of the Fatherland Day. 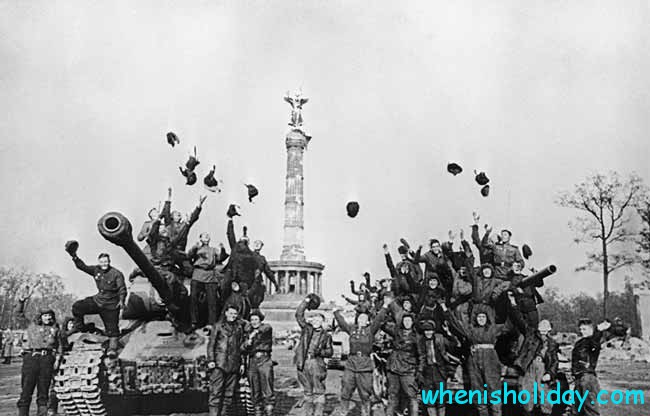 Ex-Soviet territories and other states of the world commemorate soldiers. Their governments chose other dates for that event. Although a practice of celebrating remained.

May 7th is the male’s holiday in Kazahstan. Nursultan Nazarbaev signed a document about formation of an army in 1992. It was on May, 7th. It’s a continuous practice to award servicemen. This day became state. Offices are close on this date.

February 23 is Defender of the Fatherland Day for Tajikistan. The national military forces were formed on that date. Creation of Committee of Defense was announced by the President of Tajikistan. Ministry of Defense was created too. A military parade was in Dushanbe during the Civil war in 1993. Nowadays the festival is state.

Defender of the Fatherland Day in Kirgiziia is celebrated on February, 23rd. People don’t work then. The government signed the document in 2004. It’s a day of Bishkek post marching on the central square. An orchestra accompanies marching.

The traditions of day

What is the Defender of the Fatherland Day in different regions and countries? It’s a wonderful festival.

Soviet people accepted the practice of celebrating the date. Nowadays the most meaning events proceed to be held. There are lots of military ceremonies and parades with the participation of soldiers and war veterans. It is a usual thing to watch war chronicles on TV. Programs are devoted to the formation of the national Armed Forces.

People try to take part and rest during this day. No matter, whether it is a public or a state holiday. The mood is rather festive. There are a lot of street festivals and concerts in the cities and villages. It’s a motive for meeting relatives and friends.

It is general for all females to give presents to males and congratulate them. The cost of presents depends on a family’s wealth. Men may get a pair of socks or expensive pen, umbrella or bag. Female workers congratulate their colleagues at work. They even have staff parties. What day is the Defender of the Fatherland Day in 2020? As to the calendar, it is on Sunday. Staff parties are likely to be held on Wednesday.

Whether the festival is state or not, it should be held, in order to admit a significant role of soldiers. They are to honor the country during difficult situation. Women must support them.