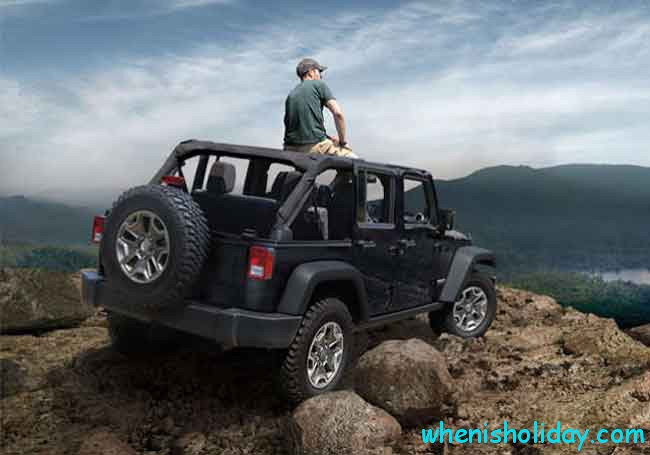 When is National Jeep Day in 2020? – That is a question, which can be asked only by those people, who can’t even imagine their life without this type of vehicle. – They may be the happy owner of this car or just be interested in everything concerning it. Who knows?

However, why not to be involved into the celebration of something amazing? Taking into account all advantages and disadvantages of this direction we have made a decision to investigate this matter for you and to talk about the holiday in details.

Of course, it seems really impossible to discover the matter, what day World Jeep Day in 2020 is without the introducing the historical memories from this direction. First of all we would like to confess that we couldn’t find any information about the establishers of this special occasion as well as the explanation, why we have to keep it exactly on April 4th annually.

Omitting the events of the very beginning of the twentieth century, we can say that the unofficial history of the Jeep car brand began in the late 1930s, when the American army acutely felt the lack of universal all-terrain vehicles.

In 1938, the US Armed Forces leadership announced a tender for the development of a car that would be distinguished by spaciousness, patency and mobility. 135 companies took part in the competition. A year later, on December 22, 1939, the first drawings of Willys Overland were developed and submitted for consideration. The most successful model was introduced by a small company Bantam. And already on the basis of its developments under the decree of the US government, more large enterprises – Willys Overland and Ford – presented their models.

In November 1940 tests of the proposed models began. Machines were very similar: design, identical engines under the hood, technical specifications. Therefore, all three companies received an order for the production of the first 1500 copies each. After a year, the first deliveries of cars were made. And six months later, the armed forces of the United States decided to choose one of the manufacturers, which became the company Willys.

After that, the model was modernized many times, tested and improved. And in 1942 it was put on the assembly line and serial production was set up. During the Second World War, for the needs of the military forces, Willys Overland produced 360,000 cars.

The release of an army jeep model and a contract with the US military made Willys Overland famous throughout the world. In the following years, up to the 60’s, all its developments were carried out on the basis of this car. The car was so popular that the company’s management decided to develop a jeep of such a plan for driving around the city.

What does National Jeep Day mean? – Oh, in this situation it is up to you to decide, where this special occasion is important in your life or you can forget about it completely. Under this condition we are not able to dedicate you what events to celebrate in general.

We, in our turn, should say that the first SUVs began to appear at the beginning of the last century in the form of military all-wheel drive vehicles. As a rule, these machines were made in small groups and were actively used for the administration and commanders carrying.

The first serial car for army purposes was General Purpose Vehicle. The samples were manufactured with the help of several well-known automakers, involving the famous Ford Motor.

In accordance with one version, the soldiers called the new cars in such a way on the first letters of “gee” and “pi”. There is also a clarification that the word Jeep had its origin from army slang. There it denoted something like “hard worker”.

In general the term “SUV” was initially only in the 90’s. It was done in order to avoid appeared problems, appeared with the Chrysler company, which by that moment already had he brand “Jeep”.

Up to the present moment, the fashion for these cars has fallen, as they are mostly replaced by more convenient, economical and safe samples, called crossovers.

Talking about the question “When is International Jeep Day 2020?” we can’t but mention the information, concerning the appearance of these cars, which are considered to be popular all around the planet, especially in the regions, which are rather difficult to access.

The off-road car has relatively large dimensions, rather wide tires and a enough strengthened body. Such samples can be as two-, and four-door ones. You can also find the versions with one or two seat rows.

As you can understand from the name, the main restriction of these models is to be used in complicated territories, areas and terrains. They are necessary for overcoming various obstacles.

Inside such kind of vehicle is equipped with two types of engines, gasoline or diesel. The most profound feature of SUVs is represented by a special frame, that is mounted into the body. This design is created especially for strengthening the car body and its protection against various (serious or not) mechanical damage, while it is being driven.

When is Jeep Day in 2020, calendar will definitely remind you any time of the year. The only thing we recommend you to do is not to forget when April 4th comes.

All in all this holiday is considered to be unofficial one that is why it is not a great surprise that there are no any special rules and customs, which can help you to celebrate the date in an interesting way.

But if you want to be involved, you can always invent something special for yourselves. If you are a happy Jeep owner, you can always devote the day driving around. – Find the unknown places nearby and go discovering. 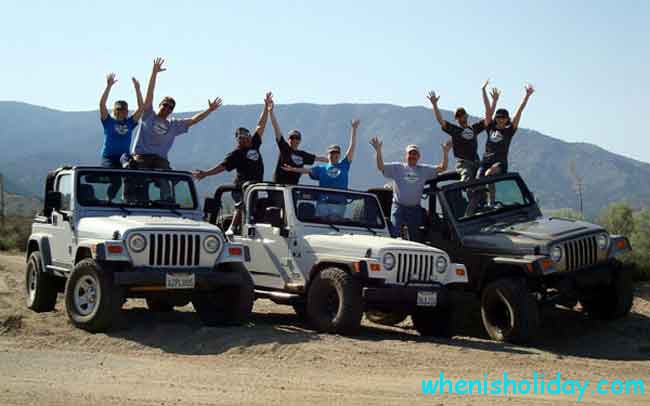 Some people prefer to spend this day reading or watching something, concerning this direction. Nowadays there is a great amount of literature and movies about these vehicles. Choose something special for yourself.

Oh, by the way, spend April 4th visiting the auto salon and do the tasting of the car from your dreams.

Discovering the question “What is the date of National Jeep Day 2020?” we would like to give our readers as many amazing pieces of information as it is possible.

Nowadays the most typical cars of this category are represented by two main directions: crossover or SUV. But do you know what the difference is?

And now we will briefly try to understand the pros and cons of these two classes of cars.

This car is primarily designed to overcome complex road conditions: country roads, dirt tracks as well as off-road. In other words, if you want to buy a car that is going to be operated not only on the city’s roads, but also in the suburbs and in the countryside, the SUV will be your ideal helper. This class of cars features a special body structure, optimum drive capabilities, increased ground clearance and a reduced number of transmission transmissions.

It is a hybrid of an SUV and a classic car. This type of body contains all the design innovations and features that increase the level of comfort when driving at maximum speed. Distinctive features of the crossover are full drive, high landing and high ground clearance, and also, in comparison with SUVs, high profitability. As a rule, all crossovers have installed carriers.

🥖 When is National Toasted Marshmallow Day 2022