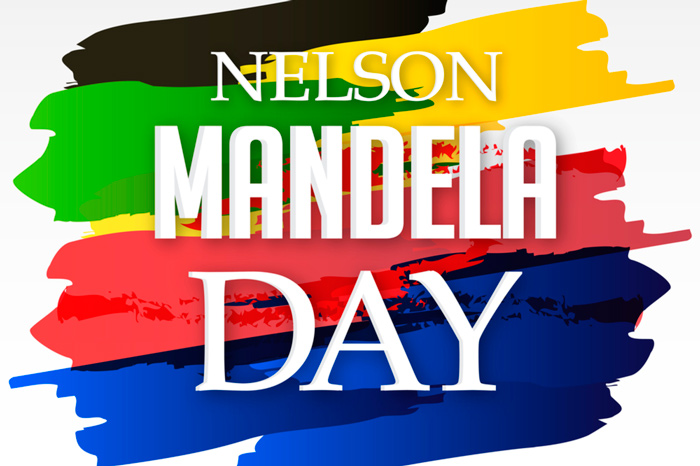 When is National Nelson Mandela Day in 2022? Do you know the answer to this question? As a rule, the significant part of contemporary people replies negatively and only some of them are ready to tell you the date immediately without any prompts and hesitations. We don’t know for sure to which group you belong, but meanwhile today we are going to introduce you an amazing occasion. Are you ready to join? We are starting!

Talking about the matter what day Nelson Mandela Day in 2022 is, we can’t but mention the historical background of the event. As you perhaps understand, under this condition the date was chosen not occasionally. Initially, this day was a date of birth of this person.

However, why was he so famous? What did he do? Let’s discover together.

As a university student, the future leader was very interested in politics. He was significantly influenced by the local radical ideas and regularly attended meetings of black intellectuals. In 1948, the National Party of Africans came to power and the main strategy for the state development was the policy of apartheid.

Mr. Mandela became General Secretary and a bit later President of the Youth League of the African National Congress. He organized the Campaign of Disobedience to Power, and in 1955 convened the Congress of Free People. Mandela established the first law firm to provide services to blacks free of charge, compiled a list of principles for the future democratic society of the Republic, the Charter of Freedom, which was the main document for the nonviolent struggle against the regime.

However, in the early 1960s, Nelson Mandela, having achieved nothing peacefully, created the radical organization Umkonto Ve Sizve, which started the armed struggle. Together with members of the team, they arranged explosions of government and military facilities. Later, their struggle became partisan one.

But in 1962, Mandela was sentenced to five years in prison for organizing strikes and illegally crossing the border. Later, due to additional charges, this sentence was commuted to life imprisonment.

Mandela was released 27 years later and was soon elected president of South Africa, becoming the first black head of state in the country’s history.

What does Nelson Mandela Day mean? Frankly speaking, we don’t know exactly, whether this day plays any significant role for you or not. It is up to you to decide. In the 21st century every person is free to choose which holidays to celebrate and which ones to forget without any hesitation and regrets.

However, when the most part of South Africans remember this person, they usually start smiling. They affectionately called Madiba, as it was one of the honored clan names of the Kosa people. All around the planet, Nelson Mandela became a well-known symbol of the new Africa as well as a fighter for tolerance and freedom.

His charm, his sense of humor and his ability to laugh at himself, his ability to forgive those who abused him, and the whole amazing story of his life – all these things in one way or another explain the truly universal love and respect that Mandela enjoyed.

The answer to the question “When is International Nelson Mandela Day 2022?” would be incomplete if we don’t tell you about the details of this famous person’s life.

During just one year 1968 and 1969, there were two tragedies in his life. Initially, Mandela’s mother died, and soon after that the eldest son was killed in a terrible car accident. However, the politician was not even allowed to attend those both funerals.

He spent 18 years in prison on Robben Island. After that, in 1982 was sent to Paulsmoor, which was a special regime prison near Cape Town.

During the period of Mandela and other ANC leaders’ imprisonment the active representatives of black youth continue to struggle. They wanted to do everything possible to change the rules set by the white minority. As a result, unfortunately, hundreds of them were killed and thousands were wounded.

In 1980, Oliver Tambo, who was in exile, started an international campaign aimed to free Nelson Mandela. The global community tightened numerous sanctions, and directed them against the existing regime of the country.

The pressure did its job: in 1990 Nelson Mandela was released. The huge crowds of people greeted.

Nowadays, the process of forming a new democratic society for all citizens of South Africa has been continuing.

When is Nelson Mandela Day in 2022, calendar will surely remind you. As it has been already mentioned above this date is not an occasional one. It is fixed and is kept annually on Mr. Mandela’s birthday. That is why you are free to join every July 18th you would like to.

For example, you may discover the peculiar features to this theme. Nowadays there are a lot of books, magazines, Internet articles and documentaries devoted to the direction. It is up to you to choose something special for yourself. You may even have a themed party and a long discussion with other people.

You may also visit museums or ask local libraries. Sometimes they have amazing events on July 18th, especially in the regions, where there are a lot of descendants from South Africa. Just try to get an unforgettable experience.

By the way, it would be interesting to know that the GA has already established to expand the holiday on the global level and use it to promote any kinds of humane conditions of imprisonment. People also try to raise the wide world awareness to the prisoners as a part of human society, and recognize the importance of prison staff as a social service.

Talking about the question “What is the date of Nelson Mandela Day in 2022?” we can’t but mention the peculiar features of this person’s life.

In December 1993, Nelson Mandela was awarded the Nobel Peace Prize. After leaving the presidency, he continued to travel all around the planet, met with well-known leaders and attended various kinds of conferences.

Mandela appeared in public mainly in the activities of the Mandela Foundation. That is the charity he founded. After that at the age of 89, he created the Council of Elders, which included the leading politicians of the world. Following his idea, the wise elders shared their knowledge and personal experience in order to solve some of the global most complex situations and problems.

Probably the most notable participation of this person in the public life of South Africa after leaving the presidential post was his reaction to his son’s death in 2005. Mr. Nelson announced that his son died of AIDS, and the news was a real shock to South Africa. In his speech, Mandela asked South Africans not to be afraid to discuss this problem and “treat AIDS as a common disease.”

By the way, this person played a key role in FIFA’s decision. Thanks to him South Africa got the right to host the 2010 FIFA World Cup. Nelson Mandela personally attended the honorable closing ceremony of this famous tournament.