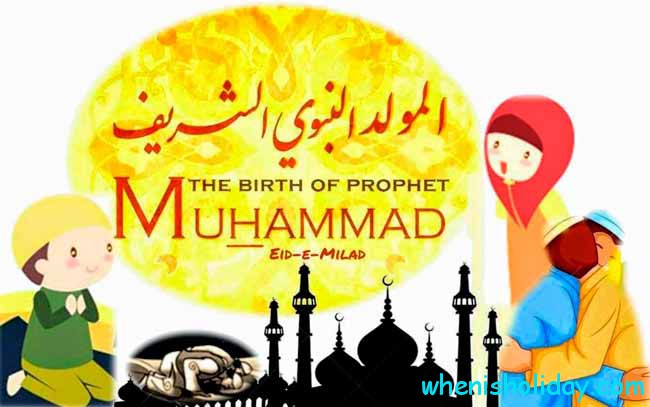 The importance of prophets’ deeds is reflected in the people’s attention to their lives. Mohammed is considered to be the last real prophet. He led a new religion to people. Nowadays there are lots of beliefs and legends around this person. Muslims prefer to commemorate the Prophet and to celebrate his birthday. When is Prophet Mohammed’s Birthday in 2019? How do people observe the day?

The original facts about the day

The land of the Prophet’s origin is Medina, which can be found nowadays in Saudi Arabia. The event took place in 570 AD according to the Gregorian calendar. The Islam history doesn’t determine the exact date. As the original date of the Prophet’s birth isn’t known exactly, the commemoration dates vary in different countries. Muslims observe the date during Rabi’ al-Awwal which is one of the Muslims’ months. The 12th day of this month is Prophet Mohammed’s Birthday according to the traditions of Sunni Muslims. Shi’a Muslims observe the day on the 17th day of the same month.

In Sudan and Egypt the holiday is known as Mawlid. Except the Prophet’s birthday, people also celebrate the birthdays of Sufi Saints. The word Mawlid means “the birth” and is referred to the birth of the Prophet. In Malay it’s Maulidur-Rasul. In Urdu it’s Mawlid Sharif. In Turkey it’s Mevlid Serif.

At first Muslims commemorated the Prophet in prays without celebrating his date of birth. Several families had a tradition to commemorate the day. They didn’t do special festivals and parades. Later the number of interested people increased greatly. Nowadays people celebrate the date with certain customs. The day hasn’t got a strict date. If you don’t want to miss the occasion, you should write the request in the internet “What day Prophet Mohammed’s Birthday in 2019?”

The initiator of the holiday was Abu ‘I’Abbas al-Azafi. He proposed the festival to strengthen the Islam religion and confront other beliefs. Originally Muslims made sacrifices killing animals. They also gathered into processes and used lights. The public prays and sermons were held. Different cities made feasts. The ceremonies used to be held at night.

The scientists consider that the day was observed at first time during the Fatimid dynasty. Sunni Muslims started commemorating the Prophet’s birthday in the 12th century.

Traditions and customs of the observation

Some countries don’t recognize Prophet Mohammed’s Birthday. The day is ignored in the United States of America, the United Kingdom, Canada and Australia in spite of the huge amount of Muslims living in these countries. During the day national shops, business centers, schools are opened but Muslim establishments have part-hours or may be closed for a whole day.

The holiday has a status of a public observation in many Islamic countries. It means that all the establishments, offices and organizations are closed on the day. But the visitors won’t have problems with the transport. The schedule isn’t usually changed. If you want to visit the festival or see the mosques on the day, you should ask a question “When is Prophet Mohammed’s Birthday 2019?”

There are many disputes concerning the fact of observation. Some people think that observing the day of Mohammed’s birthday contradicts Muslim’s laws. But other people believe in a great sense of the day. The peculiarity of the continuous dispute is that there are the proofs in the Hadith, though the Qur’an doesn’t have any mention about the Prophet Mohammed’s birthday.

Those countries which celebrate Mawlid usually hold lots of parades and festivals in the cities. People usually decorate their homes. Local authorities and congregations decorate mosques. There is a custom to prepare festive food and donate it to wanting people.

Children usually read the stories about the trip of Muhammed to Medinah and other facts from his life. Such customs are observed in many Muslim communities throughout the world. Other communities prefer to celebrate the day by reading the Qur’an. It is thought that the Prophet’s day of birth was Monday. Many Muslims commemorate Mohammed’s birthday through fasting at daylight hours. What is the date of Prophet Mohammed’s Birthday 2019? According to the calendar, the day is appointed on the 9th of November in 49 countries. The people of the United Arab Emirates set the celebration on the 30th of November. 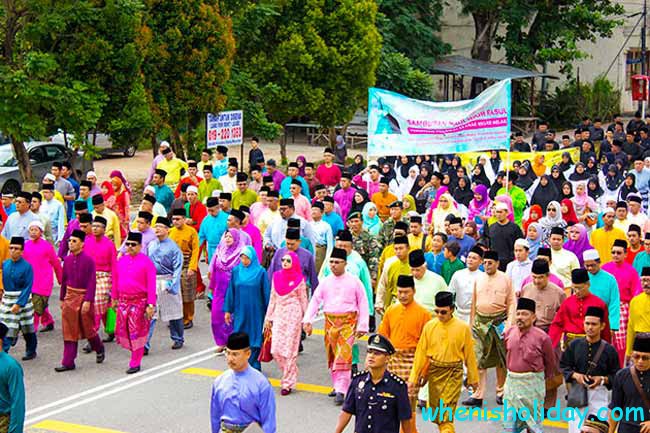 The personality of the Prophet is known from different Islamic legends. People usually notice these facts about Mohammed’s life:

When is Prophet Mohammed’s Birthday in 2019, calendar of commemoration? The dates vary according to the Muslim communities’ calendar.