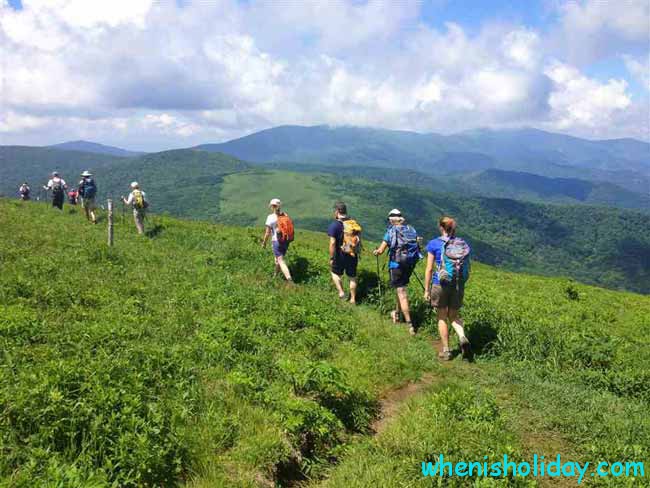 Do you like to walk long miles in a park or in a forest? In a place where you really feel yourself alone with nature? Then there is a date in the calendar that you might have not yet heard of!

When is National Trails Day in 2022? Let’s delve deeper.

The trail is usually the equipped route that goes through the various ecological systems and others natural objects, architectural sights that carry the aesthetic and historical value where the tourists get the visual, verbal or written information about that objects. The organization of the trials is one of the forms of training the ecological thinking and the world-view.

The history of these routes dates back to the 50’s. At the beginning, the trials originated in the protected areas, at the national parks of the North America and Western Europe. The biggest popularity they got in Estonia. In different countries, the trials are called differently – the trial of nature, the scientific route, etc. The length of these informative ways is equal to a day or two of walking along them.

The holiday itself was created in the United States, at the initiative of the Hiking Association of America. Alas, but the website of the institution does not tell when exactly was the date invented but it is able to answer the essential question – when is International Trails Day 2022? It annually falls on the very first Saturday of the first summer month! 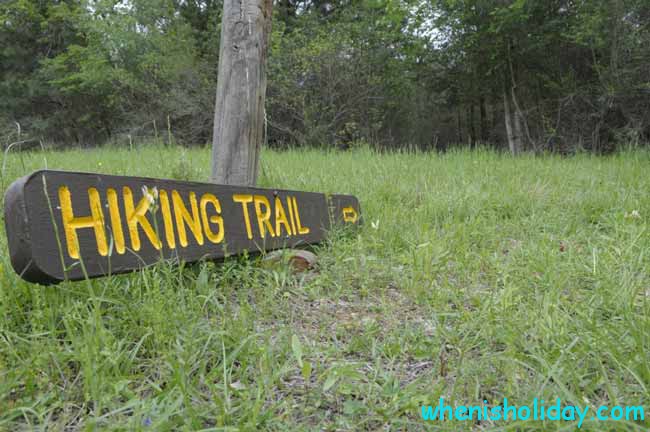 What does National Trails Day mean? It means grabbing the pair of your most reliable boots, a backpack with a couple of sandwiches and a bottle of water and go along the trails that are known in your neck of the wood!

Do you know that those paths are actually built by the volunteers? Usually, the group of ten enthusiasts gathers together that are headed by the commander, their manager, and translator, if needed. The commander is the most important member; they teach the others the safety measures, the handling of the tools, and shows how to build the trails. There are a lot of the nuances in this field and the special knowledge is necessary. That’s why the commanders themselves study for at least three years. They learn the medicine, psychology, the construction of the routes, geography, geology, and the like. For the ordinary volunteers, everything is simpler. They are introduced the safety measures; shown how to work with the tools; how to make a fire; how to peel the potatoes because someone can’t deal with that, too. In a while, they are shown how to build the paths – the soil is usually removed on seventy centimeters. After that, they clarify the level of the slope for the water to go down properly and prevent the erosion of the soil.

The trails mean the cultivating of the correct behavior of the people when they are next to nature. They perform the conservation function. With the help of these paths, the knowledge about the world around is extended, the understanding about the biological and natural laws is improved, and the responsibility of the people for nature’s conservation is increased.

To make the trails, the location should be around the visited recreational areas. This would allow directing the flow of the tourists to the certain route and to ease the load on nature around. Besides, the path should be comfortable to get to and interesting to look at. Plus, there is a place for the information value as well. The natural objects such as the plants, animals, landscapes, soil, and other elements are the sources of the educational information.

Regardless of what day World Trails Day in 2022 falls on, it is always good for us to walk some miles around the paths!

There can be the special objects along the trail – the sights of nature, such as the old trees. Next to them, could be placed the transport highways, architectural buildings, water sources, protected areas, recreational zones, and the like. All interesting objects are usually marked with the signs.

The trails are actually classified. First are the informatively walking paths, or the paths visited on the weekends. Their length is about five kilometers and the single visitors are integrated into the groups headed by the guide. They walk all the way and get to know the nature around. During these walks, the question of the relationships between the human and nature arises, their influence on each other.

The second is the informative tourist routes. Their length is from several dozens to many hundreds kilometers. These are built in the protected zones of the national parks. As the paths of the first kind, they could be walked either alone or with the guide. In the first case, the tourists are equipped with the special tools and are made to listen to the orientation. Its most important parts are the safety measures and the rules of the behavior next to nature.

The third type is the educational ecological routes. These are the special paths for the ecological education. The length is no more than three kilometers as it is considered that the educational excursion should not be longer than three hours. Itisusuallybuiltforthestudents but is easy to access for any other tourist.

The fourth type is the special trails that are developed for the disabled people. This kind is not so wide-spread as the others but the tendency exists.

What is the date of National Trails Day 2022? It will take place on June 6!

What is the trail? It is the trodden path, or the built path, without the artificial cover. The trail is not just the route in the forest but also the neighboring tourist sites, campings, and informational centers.

In the zones of the organized tourism, the ecological trails are built which are the informative walking routes. Some of them have their own name – for example, the trail of the Snow Man in Bhutan.

There is some news from the world of the trails.

Thus, in Canada, the longest path in the world started functioning. It has a name of the Great Trail and extends on twenty-four thousand kilometers! It includes all provinces and territories of the country and goes through more than fifty thousand living areas. The idea itself was born in the beginning of the 90’s but it took twenty-five years to make it true. Some zones could be passed by feet, bicycle, horse or snowmobile. In Montreal and Ottawa, the course goes through the cities themselves which give the excellent opportunity to look at the centers, too.

In Georgia, the national park Lagodekhi opens the trail through the tops of the trees. There would be the viewpoints all over the route, together with the bridges and informational stands. The paths of this type are built only in the most famous national parks of the world.

China amazes its visitors with the trail made of the glass that extends along the slope of the mountain on the height of a thousand and two hundred meters! Plus, there is a special sound effect of the breaking glass when you walk along that path.

Mark in the calendar, when is Trails Day in 2022, choose the best routes and paths in your neighborhood, don’t forget to invite a couple of friends in the case of the meeting with the bears, and be ready to spend that day in the absolute unity with Mother Nature!