WhenIsHoliday.com
Home America ⏰ When is National Be Late For Something Day 2022 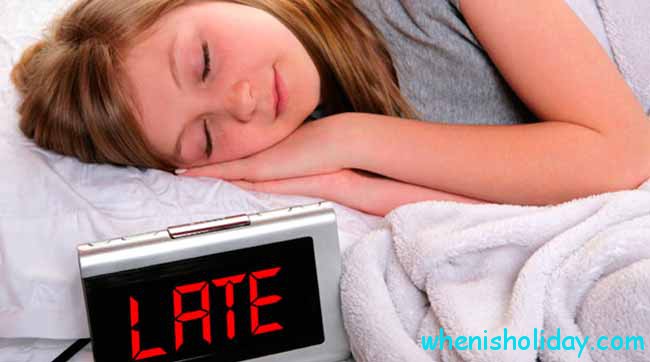 Do you dare to turn off the alarm and sleep in on a typical working day? Do you dread to think of being stuck in a jam en route to that business meeting you’d finally managed to fix? Are you counting minutes until the end of your lunch break to sit at your desk right on time and not a minute later?

Well, then you’d probably catch a discordant note finding out there’s day when you’re encouraged to rock up in the office five minutes later. Or hours, it depends on your immersion in this holiday. Anyway, it is a date of the national status and if you’re rushing and hurrying for sixteen hours a day, you really need to cock your ear.

When is National Be Late For Something Day in 2022 and what are you to do under that circumstances? Do not be too sluggish to read further!

Actually, the date owes its existence to one great procrastinator from the United States. And we have to write about him at length.

Les Waas was born in 1922 and grew up into the mischievous and playful young man. With advertising in his blood, he established his own ad agency yet became famous for creating the popular song that is heard across America from almost the every ice cream truck since the middle of the 20th century. Believe it or not, but the citizens here know that tune from the cradle!

Why do we call him a procrastinator? In the 50’s, Les founded the Procrastinators’ Club of America that happily functions ever since. In fact, it was started out as a joke. While staying in a hyped-up hotel, he asked the worker to hang a notice on the door of the conference room saying that the meeting of the procrastinators’ had been put off. Of course, Les was overloaded with the questions from the journalists so there was nothing left for him to do but really set up the organization in 1956! Interestingly, right down to the death of Mr. Waas in 2016, he was the only president of the club as the elections were yet to be set. Isn’t that a true spirit of those who postpone everything until later?

The association numbers nearly fifteen thousands of the members with around a million of those ready to join in a while. Its goal is to inspire people to set the priorities properly: if you can do that tomorrow, why running errands today? Jokers from the very beginning, they’ve managed to pull off a lion’s share of the public pranks. For example, take the piece protest at the seat of government in Philadelphia against the war of… 1812! Or when they made a tour on the bus to the World Fair hosted in New York and took a picture with the empty rows in the background because it went off in the previous year.

By the way, the company annually issues a newsletter, sometimes a month late, but for procrastinators, it’s a trifle. But their forecasts and conjectures are always one hundred percent true! Thus, they said that the USSR would collapse and although the statement was made in 1992 – while the union got disintegrated in 1991, they still were right.

In a nutshell, it was them, those good old procrastinators that invented the holiday and popularize it for more than 40 years. It’s so important to stop for a minute, distract from the all-absorbing bustle, enjoy the moment and let the whole world wait.

Well, it seems like an umpteenth number of people from the Procrastinators’ Club knows when is International Be Late For Something Day 2022. What about you?

What does National Be Late For Something Day mean? It means exactly what it says – be tardy and go against your conscience lingering, for instance, over the morning coffee.

We live in a hurry and rush somewhere all the time. Are you familiar with that feeling? The alarm goes off, a fast breakfast follows, then the fussy commute, busy working day, hasty lunch, stressful evening meeting, exhausting household chores, drowsy homework with a child and then the scheduled departure to the land of dreams.

Being late is a real nightmare, especially if you get up on the wrong side of the bed, or at the wrong – late – hour, because every appointment and affair is shifted to the minutes you’ve lost. And you are nervous, you’re stressing out, you’re trying to make up for lost time…

Well, the time management courses must have been invented for a good reason as they teach us to use our time more effectively, that is to perform more activities during these twenty-four hours than we can at the moment. Moreover, it means the harder pressures and the stricter schedule. How can we live like that? Perhaps, we got used to that pace. But the single mistake, or defect, is able to drive us crazy as the today’s everlastingly hurrying world requires the absolute and accurate fulfillment of all the formalities, regulations and rules if you want to succeed.

Stop suffering at least for a day – that’s what the holiday tries to bring to us. Slow down a bit and you’ll see that the world is not to stop with you. Everything is still going its way, even with you being absent in the office. Nevertheless, the moments of the full composure and the peace of mind are worth it. So why don’t we actually sometimes let the things slide intentionally regardless of what day National Be Late For Something Day in 2022 falls on?

Showing up late for an appointment makes you feel stressed while the condition of psychological disturbance affects our health. 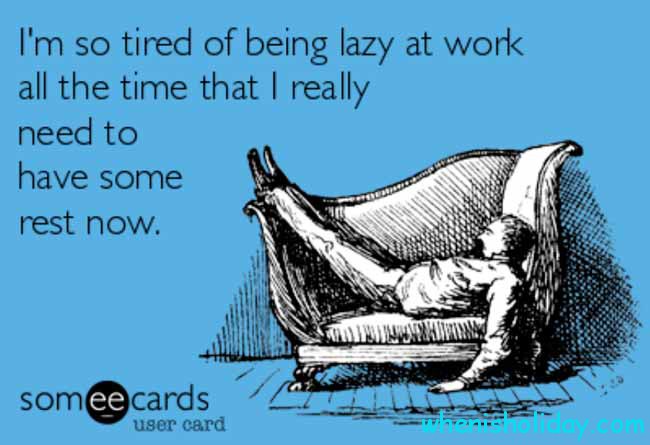 The constant stress undermines our nervous system that entails different psycho-emotional disorders. If a man was even-tempered and philosophical about the confusion, the influence of the stress makes him respond anxiously and irritably. On top of that, it is a close friend of depression which paints the life with the dark and joyless colors.

The cardiovascular system is another target of being stressed out. The heart rate is coming up, the blood pressure increases – these repeated circles lead to the heart diseases. And if you think that the digestion is not an issue here, you’re wrong. The majority of the gastrointestinal diseases are caused by the stress as a lot of people try to deal with the condition by eating sweets.

Probably, the main idea is not to be afraid of not being able to get somewhere on time. Then everything will be okay – your deadlines, health, and emotional state. What is the date of National Be Late For Something Day 2022? It annually takes place on September 5.

How to celebrate the holiday? Follow the instruction and be late! You met your old friend on your way to work? Take a moment and have a good conversation instead of running to the bus station. You dropped by the bakery to grab your favorite croissant but there’s a line inside? Just wait as much as necessary, yet you’d get a boost of positivity with that warm delicacy for the long day ahead. Enjoy your lunch to the fullest in spite of the angry calls from your boss; you can even send him a text and ask to relax a bit as the date orders so. Okay, if you’re too boring and punctual – at least be late for your sleep! That’ll be counted, too.

Be Late For Something Day Facts

With that said, mark in your calendar, when is Be Late For Something Day in 2022, but remember not to be carried away by the holiday for too long!

When is Companies That Care Day 2020