Home
America
When is Lei Day 2022
Prev Article Next Article

Could you answer the question “When is Lei Day in 2022?” According to the specialists’ points of view, if you ask somebody and hear the positive reply, it may mean one definite thing. – In front of you there is a cheerful person, who is always ready to share good mood and unforgettable emotions.

And now we will explain you why.

First of all it is necessary to mention that when is Lei Day in 2022, calendar will inform you without any troubles. – It will be on May 1. But in order to understand its meaning better, you should celebrate it once among the Hawaii residents. By the way, sometimes it is called Flower Garlands holiday. Why? – The matter is that this decoration of plants are considered to be a typical symbol of Hawaii as well as its indispensable attribute of the meeting new guests coming on the island. 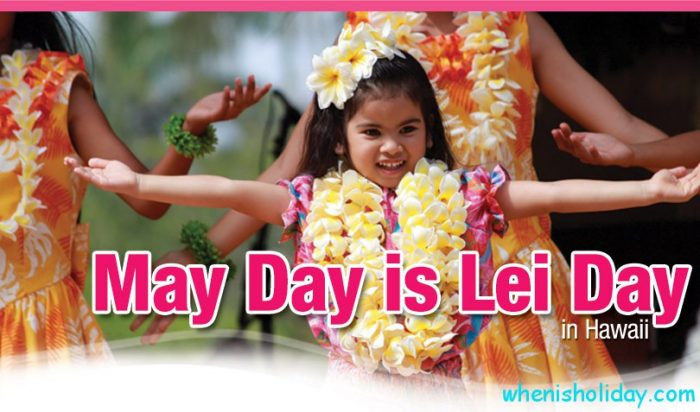 The idea of this amazing festival was offered a long time ago in 1927 by the famous poet called Don Blanding, who was working in the newspaper Honolulu Star-Bulletin at that time.

He shared his interesting and unusual idea with a colleague, columnist called Grace Warren. And it was he, who created the slogan «May Day is Lei Day»

Some time later Ruth and Leonard “Red” Hawke wrote a song with the similar name and it became indisputable hit.

Nowadays Lei Day is highly celebrated in all the main islands of the Hawaiian archipelago. In so-called Kapiolani Park in Honolulu you can visit an unforgettable, bright and so colorful parade, which is usually attended by a great amount of representatives from different islands.

By the way we can’t but mention that each island has its own Lei color and kind.

To tell you in short, lei can be represented by any item garland, strung on a thread and used as neck decorations. But in the Hawaii culture lei is mostly wreaths of flowers, which are put to the neck of all people, who are coming to or leaving the islands.

That is why if you are visiting this place and even don’t know the answer to the question what day Lei Day is, you will understand and feel all the peculiar features of this tradition in any case.

Usually for this thing creation local people use different kinds of flowers. Among which the most typical ones are plumeria, tuberose, carnation, orchid and jasmine. We also should forget about leaves of various plants, feathers, seeds and others. By the way, have you known that the longest lei garland was made in 2008? Its length was 5336 feet.

Lei’s a type of decoration, which is usually associated only with summer holiday, relaxing vacation, warm exotic beaches, and, of course, with hospitable Hawaiian people. Locals enjoy meeting new people. They welcome the island guests and give them leis, which should be worn during many parades and festivals. According to the specialists’ point of view, without any doubts, leis can be called one of the symbols of the small archipelago in the middle of the Pacific Ocean.

Frankly speaking it seems impossible to answer the question “When is Lei Day 2022?” without taking into account the holiday historical background. That is why we would like to mention that for a long time, until the 18th century, the Hawaiian Islands had been in isolation from the rest of the world. Local people cultivate the land and engaged mostly in hunting and fishing. The mild climate allowed residents not particularly worried about the clothes, because it had no practical need. Even the island language was one of the most primitive ones.

Nowadays it is difficult to believe but the islanders alphabet consisted of only 13 letters.

In those days simple floral leis were used by Hawaiian women only for covering up bare chest. But we should also pay attention to that fact that originally lei material was completely different and unusual for our current perception.

That was due to the fact that Lei had been an integral part of religious ceremonies, various rituals, celebrations of victory in the war, wedding and even at the burial. Symbolism was the main criterion during the material selection. That is why in those days the material on the strings was represented not only by orchids. In addition the local people took shells, feathers, and even the bones of animals and fish.

Leis were forbidden for pregnant women. You shouldn’t also take this decoration off in the presence of the person who had given it to you.

However, when James Cook discovered the archipelago, islands were visited by numerous migrants from Europe and Asia. As a result the locals met new traditions and culture, brought from other continents. 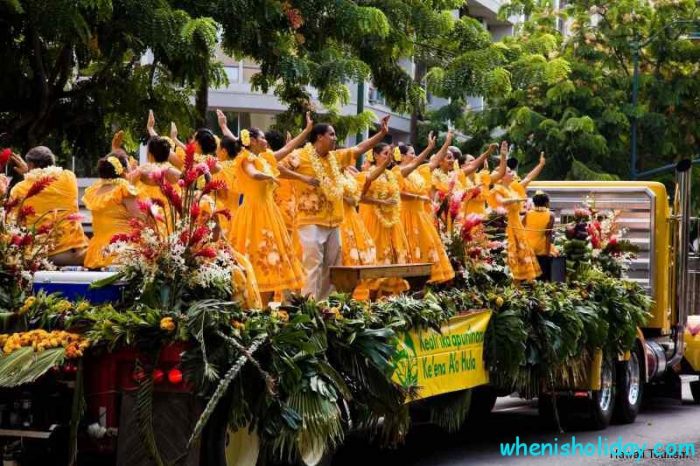 Residents began to wear dresses and ornaments. In the course of time leis from everyday clothes turned into nothing more but a beautiful symbol. Unfortunately you can often see them on holidays as the elements of national costumes. Hawaiian women wore the garlands on the necks, while the men used them as a hat decoration, which is called papale.

However, nowadays there is another tradition. Lei is now presented to the island guests. Moreover, we should add that the set of flowers as well as its color and its weaving method can be quite different depending on the visitor importance. Now, in addition to the orchid lei uses many exotic flowers.

Interesting facts about this unusual holiday

On the islands, in the Bishop museum, there is a great exhibition that shows the evolution of the leis, and how they have been changed over the past century. We also can’t but mention that leis are highly appreciated among various collectors. That is why the prices of some of them can reach several thousand dollars. But in this case we are not taking about ordinary flower garlands. The most expensive decorations are those, in which it was used shells, corals or other materials, which do not die like fresh plants in the course of time.

We have already answered the question “What is the date of Lei Day 2022?”, but have you ever thought that this holiday has been celebrated for nearly 100 years?- As it was mentioned above, it is celebrated on May 1 and characterized by the fact that thousands of islands inhabitants come to a huge and beautiful parade. They’re all dressed in national costumes and long to demonstrate leis, which have been made with their own hands. Of course, they are joined by many tourists and the holiday usually turns into a massive colorful procession.

By the way all over the world on this day some people prefer to have thematic Hawaiian parties wearing colorful shirts, tropical cocktails and dancing till you drop under the cheerful music. 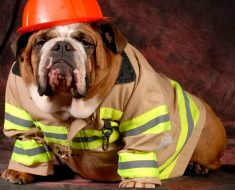 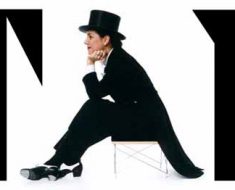 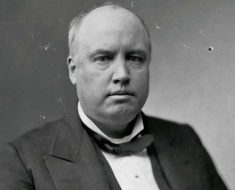