What do you think of the Mexican cuisine? Is it difficult to deal with or too spicy to eat (because of the chili pepper – a well-known trademark of the country)? Then, we insistently recommend you to celebrate the holiday of the very simple Mexican food and of extremely tasty one!

This dish is not that old – it actually doesn’t have the load of history behind while the reason of its creation is quite an anecdotic one.

Nachos first appeared on the lands of Mexico in the middle of the 20th century, in the small town called Piedras Negras, just on the border with the Texas state. A group of the hungry women – who happened to be the wives of the nearby stationed American soldiers – stormed into the almost closed restaurant Victory Club. Driven by the urges of the rumbling bellies, they ordered the head waiter to bring everything eatable they got in the kitchen. Alas, by the end of the day, there was only the corn chips and cheese left. Yet the man wasn’t taken aback. He seasoned the chips with the hottest jalapeno, sprinkled them with the grated cheddar and heated it in the oven a bit until the cheese melted. Treating the guests to this uncommon snack, he presented it as the Nacho’s Special (for his nickname was Nacho). 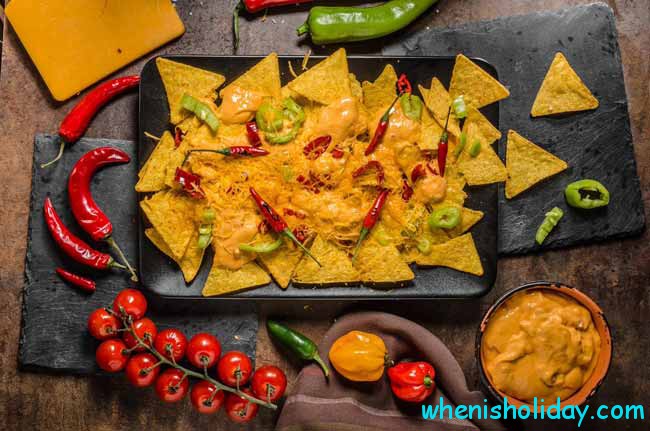 Should we say that the food was appraised to be so delicious that it quickly spread to the neighboring cities including those of the US? The creator himself continued to work in the other eatery which, by the way, still uses the very first algorithm of making the dish, and also opened his own establishment “Nachos”.

It was officially accepted as the dish deserving to be mentioned in the cooking book in 1954. Five years on, it was first served in the United States. Rumor has it that the waitress of the El Holo Mexican in Los Angeles presented the food in the American restaurant in 1959.

No matter the fact that we don’t know who came up with the holiday, we do suspect why there is a question – when is International Nachos Day 2022. Because it’s delicious!

What does National Nachos Day mean? It means to appreciate this yumminess in its pure form.

Today, nachos are the most popular Mexican appetizer for all occasions. It is served with the meat, fish, and beans, added with the sour cream or any other sauces.

In the US eateries that specialize in the Mexican cuisine the corn chips and the dishes made of them are one of the main courses on the menu since the 60’s. American passion for this deliciousness, together with the country’s economical and cultural influence, helped this snack to cross the Atlantic and enter the other lands. You can order the dish in café, diners, and restaurants in Europe, Asia, and even Australia. Those places are usually decorated with the flair of Taxes – crudely crafted tables, low ceilings, badly plastered walls.

You may wonder, why Taxes if we gave to understand that the food is from Mexico? Once again, it was popularized mainly due to the neighbor of Mexico, thus it’s considered to be the distinctive product of the two countries’ symbiosis.

Regardless of what day World Nachos Day in 2022 falls on, have an excuse to eat that up at least once in a year!

Nachos are the well-known treat from Latin America. The original ones consist of just three ingredients – chips made of tortilla, melted cheddar, and jalapeno pepper. The motherland of the appetizer offers it with the various sauces, salads and the like. It also might be the main course that is served on the plastic tray with two sections for the chips and the sauce. Sometimes, you can meet the snack placed on the wide plate and with a great many sauces around as the Mexicans don’t like to limit themselves in terms of the tasty food.

When it comes to the health issues, nachos are not the worst ones from the world of the snacks or the fast food. The corn chips definitely contain less fat than those made of potato. On top of that, to cook the true chips for the dish, people use the tortilla – sort of the flatbread – which is long known as the healthy staple of the country.

Nevertheless, there is a preconceived opinion of nachos because everyone is aware that on the industrial level, all chips include the lion’s share of the different food additives such as the stabilizers, emulsifiers, etc. Not all of them are good; some may be of the carcinogenic properties. And that’s why it’s much better to make the chips with your own hands from the corn flour that is rich in the dietary cellulose. The latter, by the way, provides us with the longer satiety.

And the cheese, of course! Isn’t that the source of the dozens of the healthy microelements? It contains more protein than the meat or fish, plus boasts the lysine, phosphorus, zinc, and calcium. For the man who uses a lot of energy, cheese is beneficial for the supply of the wasted calories.

You’ve probably guessed that to celebrate the holiday you need to eat the dish. Whether you make it yourself or go to the nearest Taxes-Mexican restaurant – it’s up to you. But just in case, we’ll throw out the recipe (with the shrimps). What if you want to organize a nachos party? 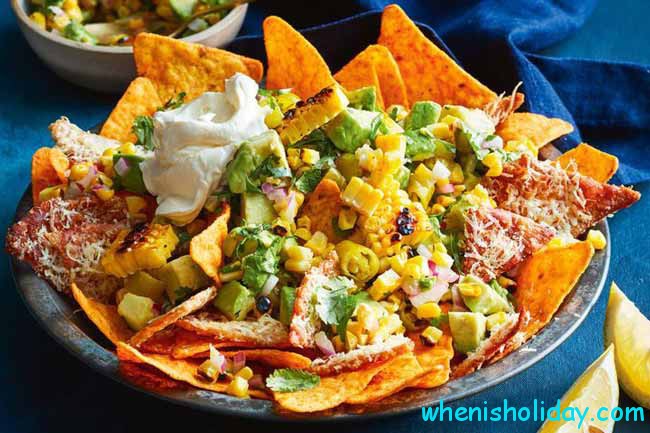 Put the pan in the oven. Then take the equal amount of the wheat and corn flour, mix them together, add three spoons of the vegetable oil, half the teaspoon of the ajowan and cumin, and a tad of salt. Pour two glasses of water into the mixture and knead the thick dough. Divide into the several pieces and roll each of them out. Cut it into the small triangles and then fry in the oil in the deep pan.

Having dealt with the chips, move to the other ingredients. You’ll need at least three sorts of the bell pepper – red, green, and yellow. Of course, our nachos take the onion, coriander, cheese, tomatoes, shrimps, sour cream. And a bit of jalapeno and salsa souse! The two latter are necessary to be present in the dish, although from the others we don’t recommend to exclude any. Cut the onion and three kinds of pepper into the tiny cubes and fry them in the vegetable oil. The jalapeno is to be cut in the tiniest pieces for it to spread over the whole dish, not to get on the teeth of the poor human. Send them into the pan as well. Don’t forget to salt your future delicacy! When the onion and pepper are soft, add the peeled shrimps and coriander. Stir the mixture properly and pour three spoons of tomato juice into the pan.

Read more:  🍲 When is National Fish and Chip Day [year]

When shrimps are ready, put the heat down and take the first pan from the oven. Place the corn chips around the sides of the thing. Those left put out in the center evenly. Above the chips, lay in the shrimps and then the layer of the grated cheese. The pan has to spend at least two minutes in the preheated oven to melt the latter.

Overall, the dish is ready, there is nothing left for you to do but add some spoons of the sour cream and salsa. Nevertheless, the true Mexicans would make one more sauce – a pico de gallo sauce! Five minutes and you’re free, we promise. Cut the tomatoes, onion, sweet pepper, coriander, and jalapeno. Add cumin, lime juice, and olive oil. That’s it – bon appetit!

Mark in your calendar, when is Nachos Day in 2022, and spend the whole day praising this spicy cheesy invention. 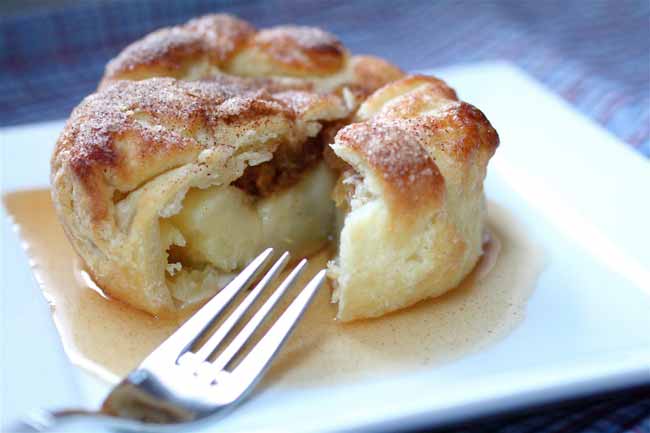 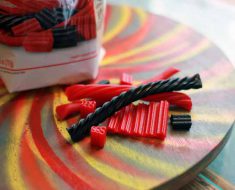 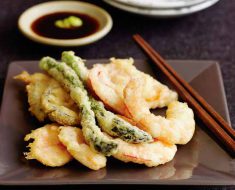