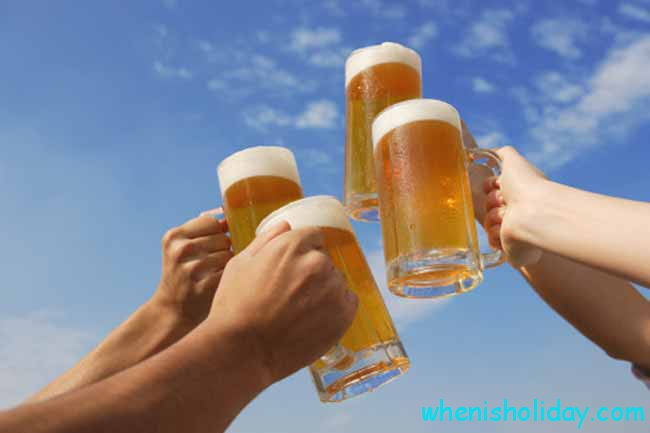 Everybody loves drinking. It can be water, vodka, juice, tequila, sambuca etc. We have to consume water as it is a requirement for a normal life. It’s hard to imagine somebody who doesn’t drink for 1-2 days, as it’s impossible. Today, we are discussing a global celebration dedicated to the consumption of liquids which consists of many various parts. So, when is National Drinking Day in 2020?

The global observance is held on 6th of August yearly since 2008. The story of creation is covered with mystery as the author remains unknown. However, the most probable variant is some pub in the USA which had a wish to become popular. The day is full of events, sales, free access to bars and restaurants.

Well, there are hundreds of drinking days during the year and our day is the one that unites all of them. The history is unknown but there are many legends and variants of the origin. For example, Martin Grace Pub in California offers a free access and many free beverages yearly on this day. Martin Grace, the co-owner of the business, affirms to be the author of the holiday. Also, Celebrities Sports Grill is the second one, locating in San Bernadino.

We want you to pay your attention to another side of the holiday to better understand what a day World Drinking Day in 2020 is. The issue is the brief story of the drinks consumed on this day.

The history of wine-making is more than 8 thousand years old, and the oldest of the vessels were made around the 6th millennium B.C. In ancient Egypt, the art of making wine reached high quality.

Among historians, there is no consensus about by whom and when the brandy was invented. Ancient Greece, Ancient China, and even Ancient Babylon are predicted to be the homeland. This concentrated drink, which was called “burnt wine” (“Branwen” in Dutch), became popular in Europe.

The exact time and place of the vodka invention are unknown. To be called the birthplace of this alcoholic beverage, many countries like Russia, Belarus, Finland, Ukraine, and Poland have been discussing for many centuries. It is believed, the earliest mentioning of vodka refers to the XII century. Firstly, it was used mainly as a medicine. The manufacture of vodka was made possible by the Arabs. With the help of distillation, the Persian doctor Ar-Razi in the 11th century managed to extract ethyl alcohol for the first time. In Europe, distillation was actively pursued by alchemists, who also mastered the process of obtaining ethanol.

Alcoholic beverages from sugar cane juice, which can be considered the predecessors of rum, appeared in ancient India and China. The history of Rum begins in the XVII century on the Caribbean islands, where the sugar cane came through the Europeans. Simultaneously, the inhabitants of the Caribbean discovered that treacle – a by-product of the production of sugar – becomes an alcoholic beverage when fermented. The first real rum appeared when people learned to distill this drink, thereby increasing its strength. It quickly gained popularity not only on the Caribbean but also in colonial America.

What does National Drinking Day mean? Considered many interesting facts about the origin of our holiday we are turning to another issue. Firstly, N.D.D. is a perfect opportunity to get tuned and discover a new world of drinking culture. On this day, you are able to try any type and sort of beverage which will definitely cheer you up. Secondly, take your friends and relatives to delve into the 24-hour trip through the bars. Don’t be afraid to get drunk as you have a support. Thirdly, if you are in the USA on this day, you must visit New York as it is full of grandiose restaurants and bars with low prices1 and breathtaking atmosphere. Our recommendation is to visit Ganesvork Park Avenu Bar which has 3 floors, swimming pool, huge terrace, and 6 bars. There you will enjoy the night with your relatives and friends.

So, N.D.D. is a day when you are able to satisfy your wishes and needs by delving in a liquid world. Thousands of restaurants, bars, and pubs are waiting for you. The main purpose of N.D.D. is not just getting drunk, but also to appreciate and emphasize the role of alcohol in our life. Everybody knows about the harm of alcoholic beverages. Everyone knows their negative properties. The cost of manufacturing them is too high and the procedure is too complicated. But simultaneously these drinks are one of the most popular in the world. Alcohol brands are among the most expensive brands, the volume of alcohol production in the world is stunning, and new types of alcoholic beverages appear with astonishing regularity.

People like alcohol. They like the state to which the nervous system comes under the influence of alkaloids, and some of them have a positive effect on the body. As a result, many ways to get a drink with a certain alcohol content were invented. So, it worth understanding what is the date of National Drinking Day 2020 to get closer to this culture. 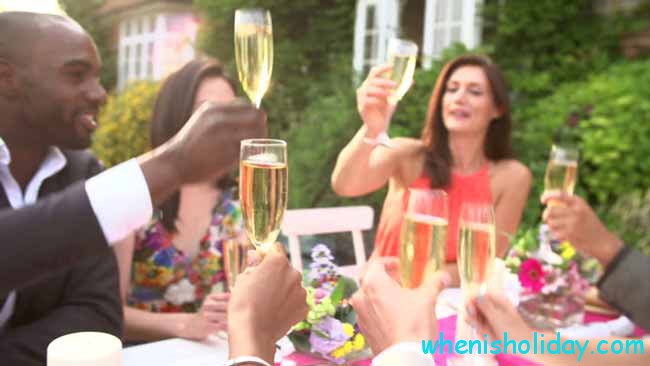 The Drinking Day is rather a new holiday with unknown traditions. Undoubtedly, in 10 years there will be a to-do list on this day, but nowadays you are able to create your own trip. Covered all the topics, let’s get down to the problem drinking people can face with. It should be said the biological prerequisites for alcoholism are not realized on their own but under the influence of social causes that contribute to this. Rarely, someone immediately starts drinking alone. Most often, a person begins to drink alcohol in a group of interests. It can be fans at the stadium, a group of dominoes players in the yard, anglers etc. We can also include a group consisting of several families of approximately the same age, social status and close interests, who willingly gather in their free time, on weekends and on holidays. They exchange news, discuss novelties, movies, holidays. This is accompanied by lunch or dinner, depending on the circumstances, and sometimes significant consumption of alcoholic beverages. Alcohol facilitates communication, creates a mood for it. Without alcohol, communication becomes dry, formal, overly rational, boring, as a result of which – it does not happen long and does not bring pleasure.

To sum up, don’t pass by the holidays and check when is Drinking Day in 2020, through the calendar.

When is Senior Citizens Day 2019